All the Week 36 Division One South goals with NPLTV 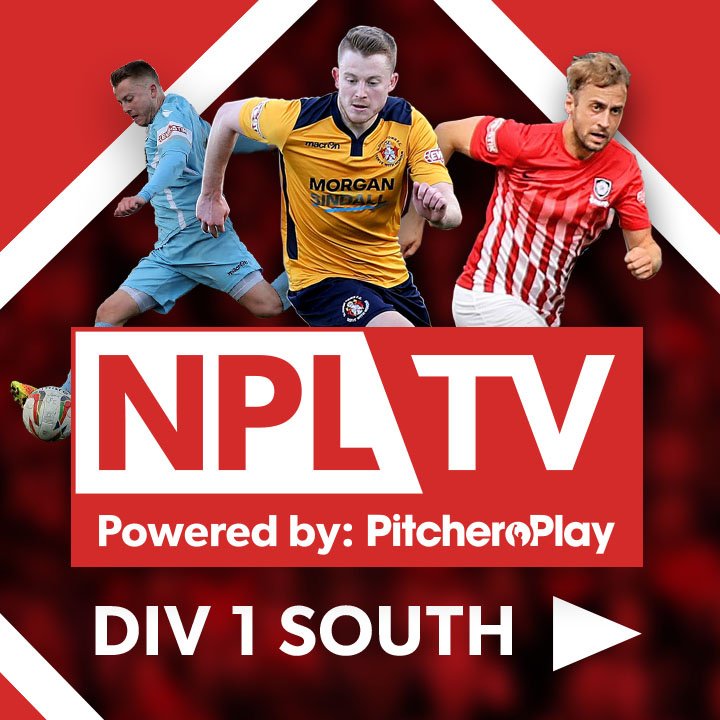 The best of the action from Week 36 of EVO-STIK NPL First Division South is out now on NPLTV powered by Pitchero Play!

AFC Rushden and Diamonds occupy the last play-off place after they beat Newcastle Town 1-0. Liam Dolman got the winner with 64 minutes gone in the game.

In front of 449, the visitors, in a rich vein of form coming into the contest, took the lead in the 17th minute when a corner from the left found an unmarked Matthew Reay to head home from close range.

And Steels doubled the lead in the 28th minute when Harrison Biggins won a free-kick before dispatching the set-piece into the bottom corner from 25 yards.

Belper Town leapfrogged Kidsgrove Athletic after beating them 3-1. Ruben Wiggins-Thomas got two of the goals.

Another of Tuesday`s other game, with little riding on it, saw an entertaining 4-4 draw at Stoke Lane between Carlton Town and Stamford AFC.

In a six-goal first half, Carlton took the lead three times, through Aaron Hooton, Kyle Stovell and a screamer from Josh Rae.

Each time the visitors equalised through Jordan Smith twice and, sandwiched in between, another terrific effort from Jon Challinor.

Four first-half goals shared evenly between Leek Town and Lincoln United hampered both sides bids to reach the play-off places. Town are all but out of the running dropping six points away, while Lincoln are two points off fifth.

Lincoln United moved level on points with Diamonds after winning 2-0 at the Lyme Valley Stadium against fellow contenders Newcastle Town, who are also on 64 points. Kallum Smith gave the visitors a crucial lead right on the stroke of half-time. Sean Wright added a second just shy of the hour-mark.

It wasn`t a pretty game on a difficult surface, but this game was all about the result rather than the performance.

What proved to be the only goal in front of a season`s best crowd of 608 came a minute into the second half when Jonathan Wafula took up Godwin Abadaki`s pass and lobbed the ball skilfully over Witton goalkeeper Calvin Hare.

Stocksbridge Park Steels made it seven wins in a row after they defeated Market Drayton Town 4-1, Chris Hilton's team moved up to fourth in the table.

All the Week 36 Division One North goals with NPLTV  The best of the action from Week 36 of EVO-STIK NPL First Division North is out now on NPLTV powered by Pitchero Play!