All the Week 36 Premier Division goals with NPLTV 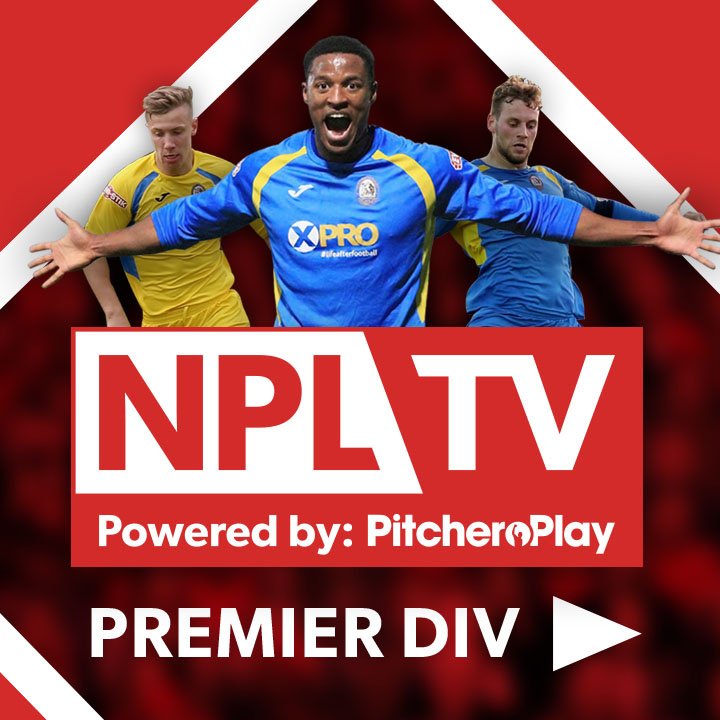 The best of the action from Week 36 of EVO-STIK NPL Premier Division is out now on NPLTV powered by Pitchero Play!

Grantham Town went level on points with Workington after a 2-1 win at Owen Street against Coalville Town.

The Gingerbreads went in front on 25 minutes. Luke Shaw cut in on the left, squared the ball across the goal and Luther Wildin was there to slot home.

Just before half-time, Massiah McDonald challenged Danny Meadows with his studs up leaving the referee little choice but to send the Ravens` striker off. Ten-man Coalville on 51 minutes when Danny Jenno lifted in a free-kick.

But on 65 minutes, the visitors were back in front, Lee Shaw setting up Jeremiah Dasalou to fire into the roof of the net.

Despite only being able to take one substitute with them for the game against Coalville Town. Already relegated Skelmersdale United gained a 3-3 draw thanks to an injury time goal by Phillip Mooney.

Whitby Town moved back into the top five at Buxton`s expense after winning 1-0 at a Mickleover Sports` side who had won their previous two games.

The Seasiders left it very late – Dale Hopson`s goal coming in stoppage time at the end of the game.

At the other end of the table, Marine AFC picked up a point from a 1-1 draw at Dales Lane against mid-table Rushall Olympic.

The high-flying visitors couldn`t make the breakthrough in the opening 45 but took only 3 minutes of the second half to score, courtesy of Chris Mason.

And a nervy victory was confirmed 2 minutes from time when Glen Taylor added the Moors` second.

In the battle for promotion, second place Spennymoor Town need one more win to ensure a play-off place after they could only draw 1-1 with Rushall Olympic.

Corby Town boosted their survival hopes and moved out of the relegation places on goal difference after defeating Stafford Rangers 1-0 in the EVO-STIK Northern Premier.

A late Phillip Trainer goal proved to be the difference as caretaker-manager Steve Kinniburgh got his first victory in charge.

Stourbridge went fourth after they came from behind to strengthen their claim for one of the play-off places after beating Frickley Athletic 4-1. Goals from Luke Benbow, Kayelden Brown, Thomas Tonks and a nice strike by Ethan Jones  out an early Tyler Williams effort.

All the Week 36 Division One North goals with NPLTV  The best of the action from Week 36 of EVO-STIK NPL First Division North is out now on NPLTV powered by Pitchero Play!