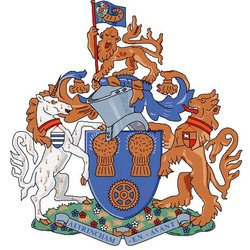 Ian Senior has hung up his goalkeeping gloves for good at EVO-STIK League champions Altrincham.

Congratulations to Altrincham on winning the EVO-STIK League's Premier Division championship on Saturday!

EVO-STIK League leaders Altrincham are making national headlines for supporting international efforts on Saturday to kick homophobia out of football.

EVO-STIK League leaders Altrincham are backing next month's international efforts to kick homophobia out of football.

Altrincham manager Phil Parkinson has an online rival for the attentions of fans at the EVO-STIK League leaders, star YouTuber Loki Doki!

Altrincham are looking determined to get their place back in the National League North after earning a 1-0 win at Throstle Nest against fellow EVO-STIK League Premier promotion-contenders Farsley Celtic on Saturday, writes Pitchero's Steve Whitney.

Altrincham Football Club has a proud history, which includes knocking more Football League sides out of the FA Cup than any other current Non-League club. They have also been founder members of the Cheshire County, Northern Premier and the Alliance/Conference leagues as well as Conference (Nationwide) North.

Nicknamed 'The Robins', Altrincham were ever-present in the National Conference (formerly Alliance) from 1979 until 1997 when they suffered their first relegation to the UniBond Premier League (Northern Premier). As UniBond champions in 1999 they regained their Conference national status for 1999-2000, but only for one year before being relegated again to the UniBond.
They narrowly qualified for the newly formed Conference North in 2004 and went on to finish fifth before becoming the only-ever winners of a North versus South play-off in 2005 to return to the Conference National for their third spell at that level. Despite being one of only a handful of part-time clubs, Altrincham finished a very creditable 18th in the Conference National in 2005-06, only to be deprived of any satisfaction at their achievement when they were deducted 18 points following Accrington Stanley's failure to get international clearance for James Robinson, who had joined Alty from Stanley.

The deduction meant they were placed bottom of the league and relegated but the demise of Canvey Island and then the demotion of Scarborough gave Altrincham a late reprieve at the Conference AGM in June 2006 and they played again in the national division in 2006-07. This time, despite amassing 51 points, they finished fourth-bottom and again looked to be set for relegation. But once again financial shortcomings at another club saved them when Boston United were forcibly demoted to Conference North from League.

The 2010-11 season saw relegation on the last day of the season when a win against Eastbourne would have saved them as other results went their way but the already relegated southern side won 4-3 and sent the Robins down into the Blue Square Bet North. The first season in the BSBN was one of transition with new manager Lee Sinnott, followed by three seasons of steady progression. The Robins looked to go one better and that was achieved with a last minute goal by Greg Wilkinson in the play-off final to win promotion back to the newly named Vanarama Conference for the 2014-15 season.

The 2015-16 season saw Lee Sinnott leave before the season ended and the caretaker role taken on by Neil Tolson and Matt Doughty was unsuccessful in preventing relegation. The 2016-17 season saw three sets of management in place but they couldn’t prevent a second successive relegation to the Evo-Stik League. Phil Parkinson was appointed as manager for the 2017-18 season along with his assistant Neil Sorvel, and hopes are high for a quick return to the Football Conference.

The club prides itself on its financial prudence, with the current board having steered Altrincham FC from near financial ruin 14 years ago through hard work and keeping to strict budgets. Historic debts have been paid off and though this has meant that the club operates on a much lower budget than its competitors, it has not sought the easy way out of going into administration and reneging on its debts.