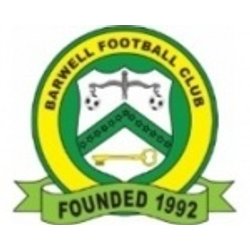 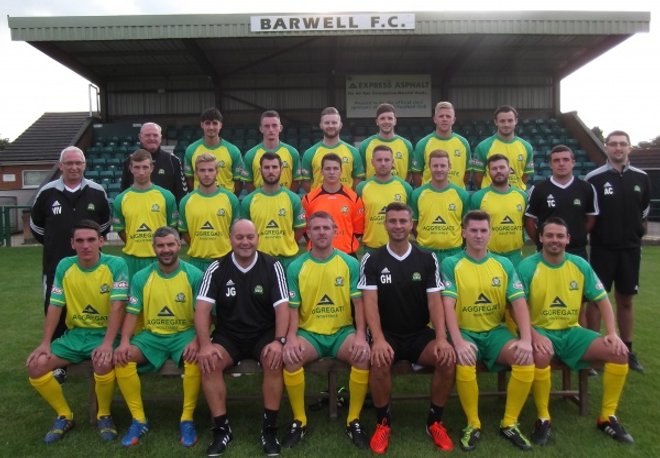 Midfielder Tom Bates is set to carry on working alongside Jimmy Ginnelly as one of his first team coaches at EVO-STIK League Barwell.

Barwell boss Jimmy Ginnelly has collected his side's first honours as one of the Northern Premier League's performance kings!

EVO-STIK League Barwell have sent striker Luke Barlone out on loan to Midland League Coleshill Town to help him complete his recovery from the long-term knee injury he sustained in the summer.

Barwell FC were formed in 1992 when Barwell Athletic from the Leicestershire Senior League joined with Hinckley FC and t played their first season in the Midland Combination League. They became one of the founder members of the Midland Alliance League on its formation in 1994-95.

During their time in the Midland Alliance, Barwell reached the last 16 of the FA Vase, won the Leicestershire Senior Cup in 1996-97, the Presidents trophy in 1997 and reached the Westerby Cup on three occasions losing all three to Leicester City, Hinckley United and Oadby Town respectively and then finally winning the Westerby Cup when they beat Quorn. They also won the League Cup in 2005-06.

In 2009-10 season, Barwell won the Midland Alliance and promotion to the Northern Premier League, winning 36 and drawing six of the 42 league games with no losses during this season. They also reached the FA Vase semi-final, losing out to winners Whitley Bay.

They have also had two more Westerby Cup finals, beating Coalville town in 2014-15 and losing to Nirvana in 2016-17. That latter campaign also saw Barwell reach the first round proper of the FA Cup when they were beaten by Welling United 2-0. They finished the season in 14th position of the EVO-STIK Northern Premier League’s Premier Division.