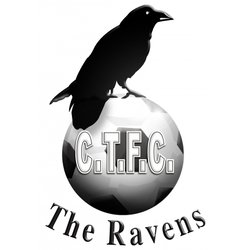 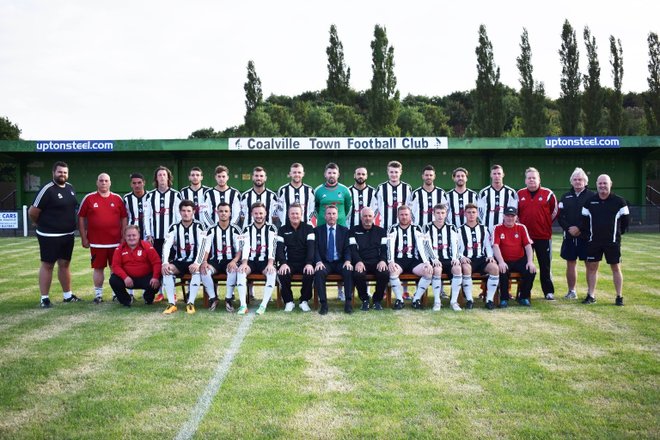 New Coalville Town manager Adam Stevens is looking forward to getting to know the fans of the Ravens again after returning to Owen Street within hours of leaving EVO-STIK League rivals Grantham Town.

Coaville Town manager Tommy Brookbanks will be hoping to bring the curtain down on his career in football by lifting the EVO-STIK League's Integro League Cup after announcing his retirement.

The thriving women's football programme at EVO-STIK League Coalville Town is definitely in the national spotlight after the Football Association and Disney chose the Ravenettes to champion football for all!

EVO-STIK League Coalville Town are vowing to nurse Anthony Carney back to full fitness after welcoming the striker back to the club with open arms.

Coalville Town are delighted to announce that Loughborough based Reflex Vans have provided a kit van for the next two seasons.

Coalville Town Football Club were formed in 1926 as Ravenstone Miners Athletic. They were the latest in a long line of association football clubs from the village of Ravenstone - Ravenstone Druids being one of the founder members of the Leicestershire and Rutland County Football Association in 1887. The Ravens played most of their football in the now defunct Coalville & District Amateur League, winning numerous honours including the Division One title on five occasions and the Junior Cup Northern Section on two occasions. Perhaps their greatest triumph came in 1953, when they won the League Championship and the coveted Coalville & District Charity Cup.

When the league folded in 1975, they made the logical move to the North Leicestershire League with equal success. In 1976/77 they were runners-up in both the Premier Division and Cobbin Trophy. They won the Junior Cup in 1985/86, the League Championship in 1989 and the double of Championship and Cobbin Trophy a year later. The Ravens were rewarded for their success on the pitch with election to the Leicestershire Senior League in 1991, following the construction of a new club house at their Ravenslea home. They adapted well to the higher level of football and never finished outside the top half of the Division One table.

The ambitions of the village club far exceeded those of the parish council and, following the council's refusal to grant permission for floodlights, Glyn Rennocks was instrumental in uprooting the club and moving it to Owen Street, Coalville. A change of name followed to Coalville Football Club - with the club becoming the first senior side in the town since the demise of Coalville Amateurs in 1954.

The club commenced their first season as Coalville in 1995/96. Floodlights were installed prior to the 1996/97 season and, after a slow start to the campaign, the first eleven went on to finish as runners up in Division One and gain promotion to the Premier Division. Strength in depth was a major factor during this season with the second eleven going on to win the Leicestershire Combination League Division Two.

The introduction of manager Lee Harriman for the 2001/2002 season heralded the most successful period in the club's history. Having led the side to back-to-back Senior League titles, Coalville finally made the step up to the Midland Football Alliance for the 2003/04 season. The 2002/03 season also saw the Under 18s, led by Dan Gallacher, clinching the FA County Youth Cup and finishing as runners up in the League Cup competition.

A new era, in a league as tough and prestigious as the MFA, may have seen many a team wilt at their first attempt. However, with a great start from the blocks, the Ravens hit the ground running and finished in a respectable 8th position.

With the emphasis for 2004/05 on finishing as high as possible in the league, with of course aspirations to clinch the title, the squad could have been forgiven for getting a little sidetracked by a certain cup competition - the FA Cup. With Coalville never being eligible for the competition before it was apparent that this would be an experience more than a challenge for the famous cup. However, try telling that to Lee Harriman and his squad. At their first attempt, the club reached the first round proper where they came up against Football League side Wycombe Wanderers, and only bowed out of the competition by a single goal. This was made all the more special as they started in the Extra Preliminary round and became only the second club in the entire history of the Cup to reach the first round proper from the very first stage. The cup run spurred the team on in the league and, helped by a 17 game unbeaten run, a highest ever finish of 3rd place was achieved.

Coalville began the 2005/06 season as many people's favourites for the MFA but an inconsistent campaign saw the Ravens eventually finish in 8th place. Away from the league Coalville enjoyed a memorable Westerby Cup run which only ended with a 3-2 defeat in the final against Leicester City at the Walkers Stadium.

October 2006 saw Lee Harriman bring to an end his five year association with the Ravens and former Nuneaton Borough boss Brendan Phillips was appointed in his place. A difficult season for "The Bear" and Coalville ended with a disappointing 18th place finish and saw Brendan step down from the manager's post in the close-season.

Former player and fans' favourite Adam Stevens was appointed as manager prior to the 2007/08 season and soon set about restoring the Ravens' fortunes. After leading Coalville to eighth, third and second place finishes, along with a narrow League Cup final defeat, Stevens made sure 2011 was a year that will live long in the memory of all Ravens fans.

Coalville opened the season with a run of eight victories to underline their status as title favourites but were pushed all the way by Tipton Town with both teams ending the campaign on 100 points. It was Coalvilleâ€™s record-breaking goal-scoring record of 153 goals - exemplified by a final day 9-0 victory at Alvechurch - that made the difference as the Ravens clinched the title and promotion to the Northern Premier League. For most teams that alone would have been seen as a very successful season but Stevens had loftier ambitions and an outstanding run in the FA Vase saw Coalville book their place in the Wembley final with a 6-2 aggregate victory against Kings Lynn Town. Although Coalville were unfortunate 3-2 losers to Whitley Bay in the final the Ravens made many friends with their open, attacking football.

A season of consolidation followed in the Northern Premier League with a high turnover of players in 2011-12. The following season Coalville were top of the Evo-Stik Southern division for most of the season. This great form faltered toward the end of the season with results finishing mainly in draws and losses saw Coalville fall to second in the table behind Kings Lynn. Coalville went on to compete in the play off semi-final but lost at home to Chasetown. Chasetown went on to lose against Stamford in the final. The Ravens did have some consolation after lifting the Westerby Cup beating Loughborough Dynamo 2-1 in the final at the King Power stadium.

Last following ended in the same way for Coalville but this time it was close all season with players coming impressing and being signed by clubs higher, manager Adam Stevens was really put to the test but continued to find the quality players to push Coalville to the top of the table. A home defeat to Gresley on Easter Monday handed pole position back to Halesowen who secured the title on the last day leaving again as runners up. This time Mickleover were the visitors to Owen Street for the players off and a 3-2 defeat left the raven following with that same feeling as the previous season, so near yet so far.... In the FA trophy Coalville had a memorable run beating several higher league teams such as Marine and Solihull Moors before drawing the previous season's finalists Grimsby Town who were held to a draw at Owen Street before eventually winning through at Blundell park.

Manager Adam Stevens hoped to build on the positive aspects of the last two seasons but soon resigned as manger early on in the season, Jimmy Gray took over for a short spell in charge before Tommy Brookbanks joined from Loughborough with the task of steadying the ship. The Brookbanks era started off with a hard run of games and lots of injuries but the style of football Tommy was to bring to Coalville was soon evident and lifted the spirit of the Raven faithful. Off the pitch last season was a big year for Coalville as they continued to develop and improve as a club to match the progress of recent years on the pitch, the introduction of the youth development pathway and academy side will hopefully produce local talent for the first team in the near future. 2014-15 did see a county cup final where the Ravens lost out 2-1 to Barwell at Leicester Cityâ€™s King Power Stadium.

The 2015-16 started off as one of great optimism at Owen St. Tommy Brookbanks had put a squad together capable of challenging for promotion and they got off to a solid start and were never out of the top 3 since September. Acknowledged as probably the best footballing side in the league they were in touch with leaders Stafford, but a wobble in February and March left The Ravens looking over their shoulder. However, an impressive run in saw Coalville win the promotion play off final at big spending Shaw Lane coming back from being a goal down at half time before running out 3-1 winners following an immense second half performance.