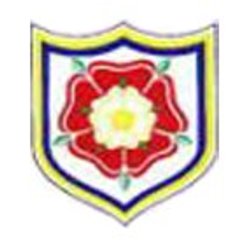 EVO-STIK League Sutton Coldfield Town are mourning the passing of a Royals legend.

Barwell sent their commiserations to Sutton Coldfield Town and backed them to bounce back on Saturday night after helping to relegate the Royals from the EVO-STIK League's top flight.

Sutton Coldfield Town have been deducted one point by the EVO-STIK League for playing an ineligible player.

Paget Rangers are getting ready to move in with EVO-STIK League Sutton Coldfield Town next season.

EVO-STIK League Sutton Coldfield Town are getting together with a number of Non-League clubs in the Midlands to support former Royals star Jamie Sheldon in his battle against cancer.

Neil Tooth has swapped one EVO-STIK League relegation battle for another after leaving Romulus to make a sensational return to Sutton Coldfield Town.

The football club associated with Sutton Coldfield was formed in 1879 with the first game taking place on the 1st of February at "Meadow Plat" in Sutton Park when the club lost 6-2 to Birmingham. The club moved to its present ground in Coles Lane in 1920, a move of some 5-600 yards up the road from its old ground.

It wasn't until after the Second World War that the club began to make its mark in the non-league world of association football. The club joined the "Walsall Senior League" and finished 4th in the first season. The following season they won the league championship only dropping 7 points. A move to the Birmingham League and Birmingham Combination saw the club attract good gates, but little success.

However, in 1960 the club finished third in the Birmingham Senior League. After switching to the Worcestershire Combination ( later to be renamed the Midland Combination) in the early 1960s, success on the field started to come the club's way in 1978, with the League Championship and a third successive title in the Walsall Senior Cup. A move to the West Midlands League in 1980/81 saw Sutton finish at the top of the League and winning the League Cup. The following season was also a success in retaining the League Cup and the club finished runners up to Shifnal Town.

The following season the Non-League "pyramid" systems were organized and Sutton Coldfield Town became proud members of the Southern League for the 1982-83 season. In the first season the club finished runners up to Cheltenham Town and secured promotion to the Premier League. In the season 1998/99 the club won the Dr Martins League Cup, beating Cambridge City, the club also reached the 3rd qualifying round of the FA Cup, where they took Telford United to a replay under the management of Gary Bradder and Dave Grundy. The previous manager, Chris Keogh stepped in at short notice in 2000 to start his managerial career. The club restarted its Youth Team in the same year and has produced a number of players to play in the first team, including Exodus Geoghogan and Dean Perrow.

The club missed out on promotion to the re-structured Premier Division when losing on the last day of the 2003-04 season at Yate and then age in the "play offs" at Banbury United. The club did win the Walsall Senior Cup defeating Tividale 3-1 at Bescot Stadium and also lifted the Worcester Senior Cup beating Worcester City over two legs. In season 2007-08 Sutton lost in the "play-offs" to eventual winners Stourbridge and in the following season 2008-09 missed out on the play-offs on goal difference when Chesham United equalized two minutes from time against Bromsgrove Rovers. In season 2009-10 we failed to reach the play offs again by one goal. We went into the last match level on points and goal difference with Slough Town but we had scored more goals, so only had to match their result, but Slough won 4-1 and we won 2-0 so missed out by that one goal again.

In season 2010-11 we were moved by the FA into the Evostik Northern Premier League Div 1 South. Sutton again missed out on the play-offs, finishing sixth for the third year in a row. Needing to win the last two games to guarantee a top five finish, we could only draw at home to Spalding, who were relegated, and then lost away to Romulus. For the first time in our 132 year history we won the Birmingham Senior Cup beating Nuneaton Town 1-0 in the final.

Things have changed a lot since 1879 and even since 2011. At the end of 2010 the then assistant manager Neil Tooth asked if the Club could use it's Rotary connections to find somewhere they could train throughout the season. The board undertook a survey and it was agreed with funding from within the club to spend £400,000 on a 3G artificial pitch as the main stadium pitch. At that time and it still is, this was a massive project for a club at that level. The ground was levelled and a very efficient drainage system installed before the 3G carpet was placed on top. All of this was done in record time from early May when the season ended and work commenced, to mid July when it was completed, in time for pre season friendlies.

The 3G pitch has completely changed the fortunes of the vlub. On the playing side, no matches are ever postponed due to bad weather (two were postponed in the first season due to heavy snow) and the level pitch ensures good passing football can be played by both sides. On the commercial side, the pitch is hired out to other teams for matches and many teams and other organisations use it for training, 6-a-side matches and tournaments. The income generated is used to maintain the pitch (including money put aside for a fund to replace the pitch after 10 years approximately), staff the operation and put money into the club to financially support the 1st team budget. In the 2014-5 season the 1000th 11 a side match was played on it.

Chris Keogh stood down as manager at the start of the 2012-13 season and assistant manager Neil Tooth took over as 1st team manager. In that season the club again famously missed out on a play-off place on goal difference in injury time of the last game of the season when leading against Leek a penalty was conceded and the match drawn. However, the club finally achieved, what many thought they never would, and after leading the Evo-Stik Northern Premier Division 1 South for most of the season, fell away just after Christmas 2014 but rallied and finally made the play offs in fourth place. Two superb performances, away at Newcastle Town in the semi finals and away at Leek in the final (in front of a crowd of 1200), when the Royals won 2-0, meant that the Club took their place in the NPL Premier division for the 2015-6 season.

Again many doubters said they should not have been promoted and would certainly immediately be relegated, but they ended their first season at step 3 in a comfortable 12th position. In addition, the Cup hoodoo over the last 20 years was finally broken in this season when several good victories eventually led to an appearance in the 1st round proper of the FA Trophy at home to Conference Premier side Barrow. With a late breakaway goal from Barrow, after a good penalty shout for the Royals, they lost 1-0. Also, during this landmark period the club has acquired their own brass band, choir and avid supporters group called the Ultras. They are the envy of most teams the Royals play and certainly add to the match atmosphere. In the bad floods of 2015-16 some of them made the long trip to Ramsbottom United in Lancashire who play in the NPL Premier alongside the Royals, to help clean up their football ground after extensive flooding. This caused quite a stir in the Non-League football world and led to more justified publicity for them and the proud club.

Season 2016-17 proved to be a relegation fight all season and in November 2016 manager Neil Tooth was replaced by former Dutch player and WBA stalwart Richard Sneekes and his assistant Steve Hinks. Relegation was averted on the very last day of the season with a fighting 0-0 draw at Workington. During early 2017 there was heavy investment at the ground with new toilets in the Clubhouse, new 100 seater stand adjacent to the clubhouse and a new triple turnstile block. During the close season prior to the 2017-18 season the 3G pitch was lifted, a new base of tarmac installed and then relaid to ensure a perfect playing surface for many years to come. All in all a lot has happened since 1879!