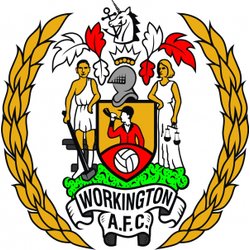 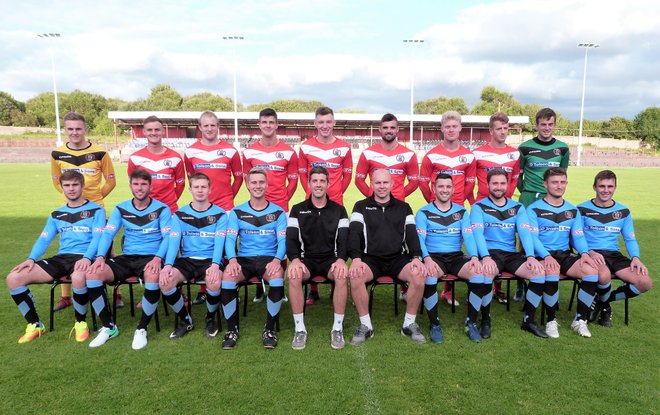 Workington's supporters will be thanked in advance by the EVO-STIK League club's joint manager David Hewson for boosting his budget when the new season kicks off at a fans forum on Thursday night.

Workington manager David Hewson is hoping the club's latest recruit will carve out a key role boosting his playing budget over the 2018-19 EVO-STIK League campaign.

EVO-STIK League Workington could soon be sharing a brand new stadium with their local rugby club after meeting with local politicians to discuss potential options for a joint project to put the area firmly on the sporting map.

Midfielder James Earl was missing from Workington's squad on Thursday night when the EVO-STIK League's Reds kicked off in their defence of the Cumberland Senior Cup after leaving for a new challenge.

Workington's joint chairman John Mackay has been hailing the run of the EVO-STIK League's Reds in the Buildbase FA Trophy in the build-up to Tuesday night's replay at Bromley for a place in the quarter-finals of Non-League's showpiece cup competition.

EVO-STIK League Workington will host either Spennymoor Town or East Thurrock United in the quarter-finals of the Buildbase FA Trophy if they can get past Bromley on Tuesday night in their third round replay.

EVO-STIK League Workington are celebrating the tenth anniversary of Lee Andrews as a Reds player, coach and manager.

Formed in 1884, Workington played competitive football in the Cumberland Association, Cumberland Senior, Lancashire, Lancashire Combination and the North Eastern leagues before disbanding in 1911 going into voluntary liquidation. The club was reformed in 1921 and, since then, has operated from the North Eastern League (25 seasons), Football League (26 seasons), Northern Premier League (29 seasons), North West Counties League (1 season) and Conference North (9 seasons).

North Eastern League
When the club was reformed in 1921, they became members of the North Eastern League remaining there for thirty years. They finished in the top half of the table more often than not – 5th on five occasions, 4th five times and runners-up on one memorable occasion. Goals were plentiful in those days, with the team netting over a century on eight occasions – including 147 at the end of the 1933-34 campaign. Billy Charlton was the leading scorer during the early thirties, netting 131 NEL goals in just three seasons.

The club record victory (16-1 v. Chopwell Institute) was obtained in May, 1934 having beaten the same team 7-4, away, earlier in the season. At the end of the 1946-47 season, Workington played two league fixtures on the same day. On two occasions, they lifted the NEL Challenge Cup overcoming Middlesbrough Reserves in 1936 and Blyth Spartans two years later. They were beaten finalists in 1938.

The Football League
Elected to the Third Division North in 1951, their first Football League fixture was against Halifax Town but ended in a 3-1 defeat. A few days later, Chesterfield became the first visitors to Borough Park with Reds emerging 3-1 victors. It was a tough baptism, though, and Workington finished 24th, 23rd and 20th in their first three seasons with a record FL defeat (0-8 at Wrexham) inflicted upon them during the ’53-54 campaign.

Matters slowly began to improve and the early sixties, in comparison to what had gone before, could be classed as a successful era. Promotion from the Fourth Division in 1964 led to three seasons in the Third and, whilst there, attained their highest FL placing – 5th position at the end of the ’65-66 campaign. Sadly, though, relegation was experienced twelve months later. It had been a golden period in the club’s history and included a notable league double over Swansea Town (7-0 at home, 6-1 away).

They became famed League Cup fighters in the sixties, reaching the quarter finals in both 1964 and 1965 only to lose to West Ham United and Chelsea respectively. The run in ‘64-65 competition began with a 9-1 victory over Barrow and included a sensational 5-1 replay success over Blackburn Rovers – arguably the club’s finest ever result. Other cup heroics were recorded in the FA Cup – a narrow 1-0 defeat against Liverpool (51-52) and a 1-3 reverse v. Manchester United (57-58) – both memorable occasions.

The decline set in during the mid-seventies and Workington’s final four seasons saw them finish 23rd, 23rd, 24th and 24th. It ended in demotion from the Football League in 1977, voted out and replaced by Wimbledon.

The Non-League Era
They became members of the Northern Premier League on the 18th June, 1977 but life remained a struggle. Indeed, they were left to reflect on 19th, 14th and 21st final placings in the first three campaigns and didn’t manage a top half finish (7th) until the end of their sixth season.

Winning a first trophy in forty seven years was welcome respite when they lifted the President’s Cup in 1984 but matters deteriorated on the league front culminating in relegation at the end of the 1987-88 season. Many unwanted records were established including an all-time heaviest loss, 0-9 at Chorley, and the heaviest home defeat, 0-8 v. Rhyl.

Ten mediocre seasons in the NPL First Division followed, before another relegation saw them demoted to the North West Counties League in 1998. After years of struggle and decline, what happened in the NWCL was truly remarkable. They won their final fourteen league games to pip Mossley for the ’98-99 title on the final day of a dramatic season – a first senior championship in the club’s history. It prompted fifteen years of moderate success and a nine season stint in Conference North, ending in April, 2014.

They twice reached the Conference North play-offs, and enjoyed several good FA Trophy runs, with a few Cumberland Cup successes thrown in for good measure. They finished runners-up in Evo-Stik Premier in 2015 recording more victories (27) than any other team in the division. Unfortunately, though, they lost in the play-offs to Ilkeston, a team they had beaten twice in the regular campaign.

A fifth place finish in 2016 again culminated in play-off heartache, beaten in the final at Salford City. In 2016-17, the Reds made it a hat-trick of top five finishes, fourth in fact, but again suffered disappointment when they fell at the first hurdle, albeit a thrilling 3-2 defeat at Stourbridge.

Gavin Skelton took over as player manager and guided the club to a second place finish, just two points behind champions, FC United of Manchester. His success attracted the interest of Queen of the South who enticed him over the border to become their assistant manager.

Derek Townsley was appointed his successor and he can reflect on a fine career, in England and Scotland, as well as a previous playing spell with Workington. When Townsley stepped down in 2015-16, two more former players, Lee Andrews and David Hewson, took over and are now into their second season as joint managers for the 2017-18 campaign.

Stadium
Borough Park has been Workington’s home for seventy nine years and the record attendance for the ground was set in 1958 when 21,000 fans witnessed the visit of Manchester United (FA Cup 3rd Round). The Fourth Division Boxing Day derby versus Carlisle United in 1963 attracted a record league crowd of 18,628.

Their previous home was Lonsdale Park, adjacent to the current site, where they played from 1921 until 1937. The ground staged Workington’s only ever appearance in the 4th Round of the FA Cup when Preston North End emerged 2-1 winners before a 16,730 attendance.