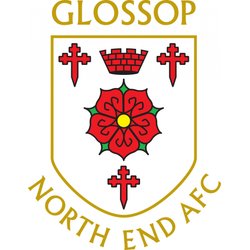 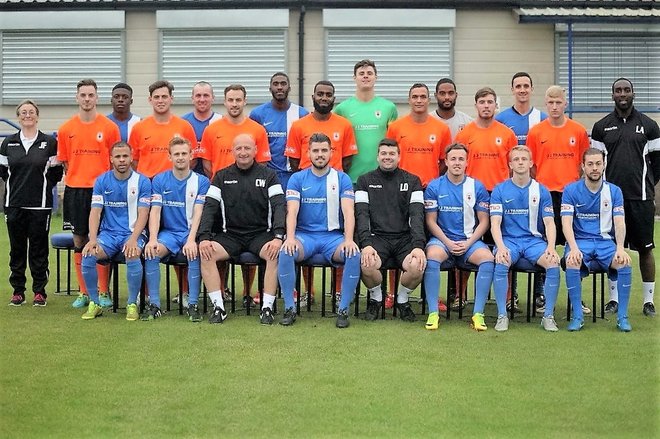 EVO-STIK League Glossop North End have been in the spotlight again as the Derbyshire County FA's FA Charter Standard Community Club of the Year.

After nearly 40 years in the job, Hillmen Club Secretary Peter Hammond has announced that he is stepping down from the role.

It’s a classic quiz question — which is the smallest town in England to have been the home of a top division football club? The answer — Glossop. Of course, it’s a long time since that 1899-1900 season but the Hillmen (or Hillsmen, as they were known back then, in honour of owner Sir Samuel Hill-Wood) supporters never forget the proud history of the club. However more recently they were given some more moments that they will talk about in the town for years to come and are hopeful of providing a few more.

Founded in 1886, Glossop North End began by playing friendly amateur matches. They entered the North Cheshire League in 1890 and introduced professional players in 1894. Their Chairman and benefactor was local cotton magnate Sir Samuel Hill-Wood who later left to become chairman of Woolwich Arsenal. In 1898, on their third application, they were admitted to the Football League. In their first season, by finishing runners-up to Manchester City, they won promotion to the Football League Division 1. Unfortunately, they spent just one year in the division, the best victory being a 3-0 result against Nottingham Forest.

Glossop played in League Division 2 until the end of the 1914-15 season, In 1908-09 reaching the quarter finals of the FA Cup where they lost to BristolCity in a replay. They ceased playing during the latter part of the First World War but were reformed by Oswald Partington MP, who had been club captain in the 1890’s. Between the wars the club played in the Lancashire Combination and the Manchester League, of which they were champions in 1927-28. They also won the Gilgryst Cup on three occasions. Matches again ceased during the Second World War, Glossop rejoining the Manchester League afterwards. They won the Gilgryst Cup for a fourth time in 1949.

In 1955 they moved from their original ground at North Road to the present home at Surrey Street. Since then they have played in the Lancashire Combination, the Manchester and the Cheshire Leagues before becoming founder members of the North West Counties League in 1982. Glossop have spent most of the time in the First (now Premier) division, although much of it was spent at the lower end fighting against relegation, whilst the club itself fought for survival, victim of a criminally corrupt owner in the 1980s. It was only the hard work of board members and supporters kept the club afloat after the disgraced regime. There was a little success — the club was Manchester Premier Cup winners in 1997 and 1998, and Derbyshire Cup winners in 2000-01.

More recently though, things have improved for the Hillmen. 2008-09 saw a once-in-a-lifetime day in the history of the club after the side embarked on a terrific FA Vase run which saw North End reach the final at Wembley.
Whilst the final saw a disappointing result — losing 2-0 to WhitleyBay — the run awakened interest in the Hillmen throughout the town. There is now a thriving Supporters Club, which has funded makeovers to the ground and helped generate interest in the club home and away. This sparked a dramatic overhaul that saw a refurbishment of changing rooms, a new clubhouse, a new covered standing area and new perimeter fencing. Ground grading for the Evo-Stik league was achieved, and now what was a required was a team to make that count.

Manager Chris Willcock is the man appointed to the task, and he had a very exciting first season in charge in 2013-14, taking the club to a 3rd place finish – it’s highest in the NWCFL – and a Derbyshire Senior Cup Final. However, that was just the start. 2014-15 is a season that will live long in the memories of everyone involved in the club. It started with a decent FA Cup run, only ended narrowly at Chorley, whilst league wins were ticked off. However, cups runs and replays meant that North End missed games, and found themselves many games in hand on the leaders Runcorn Linnets. At one point 21 points behind, they were required to play three games a week to play catch up. However, the players kept achieving.

Firstly the players clinched a return to Wembley with a 2-legged win over Cornwall’s AFC St Austell having defeated strong outfits like Worksop, Dunston UTS and Shaw Lane Aquaforce. Once-in-a-lifetime…pah! Then, having relentlessly chased down the Linnets they clinched the league with a 3-0 win over Nelson with 3 games to play. Next they completed a league/cup double with a 2-0 victory over Atherton Collieries. Finally, Wembley beckoned. The FA Vase final build up was perfect, but again the result was disappointing, losing 2-1 to North Shields as the season finally caught up with them. However, the pride of being a Hillman had never been a higher and the feeling of watching your team take the lead at Wembley is hard to beat.

2015-2016 saw the Hillmen make an excellent start to life in Step 4 of the Non-League Football Pyramid when they finished fourth and qualified for the play-offs, only to be narrowly beaten by Northwich Victoria in the Semi Final in a very controversial fashion. The club also achieved what must have been record attendances in their non-league history with an average 383 per home game during the course of the season.

Willcock continued at the helm through season 2016-17, just missing out on making the play-offs before he and the club parted ways in the most amicable of circumstances after his success at the helm. Paul Phillips and Steve Halford make up the new management duo for 2017-18 with Hillmen fans excited to see what they will achieve at the club!