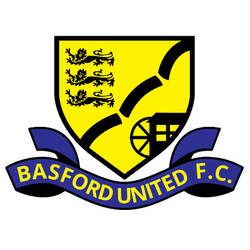 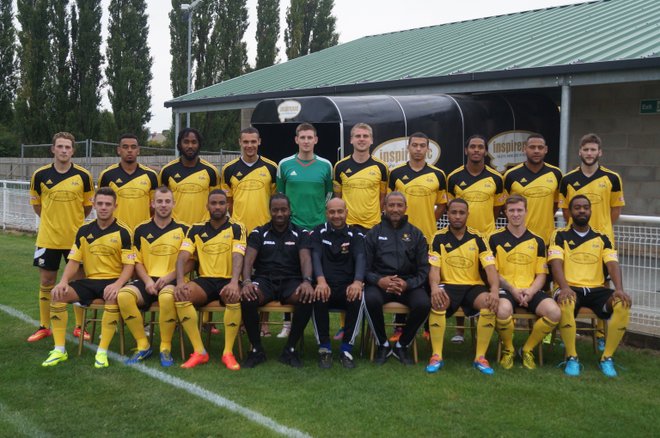 Basford United's new commercial manager Ryan Doherty reckons he is ready to tap into the "huge" potential of the EVO-STIK League South champions next season.

Former Coalville Town manager Tommy Brookbanks will be back in the EVO-STIK League next season but at boardroom level.

Basford United tucked into a cake worthy of EVO-STIK League champions after being crowned on Saturday!

EVO-STIK League South champions Basford United are having a party on Saturday - win, lose or draw!

Basford United manager Martin Carruthers was setting his sights on the EVO-STIK League South title within minutes of seeing his side secure promotion on Saturday.

Title-chasing Basford United are running a Non League Day-style promotion for their next two home games in the EVO-STIK League.

Please note, “Basford” is pronounced as “Baseford” - the “e” disappeared from the spelling sometime around the fifteenth century!

Basford United have made their mark on the Non-League football scene with successive promotions that have seen them make a rapid transition from Notts Senior League to Step Four football in the Evo-Stik Northern Premier League Division One South. One of Nottingham’s oldest established football clubs, with a history stretching back to 1900, Basford’s fortunes were at a low ebb when in 2004, they dropped out of the County Premier League for the first time, after a couple of poor seasons coincided with a reorganisation of Notts senior football.

New ideas and enthusiasm saw the club win the Notts Amateur Alliance in 2006 and move into the Notts Senior League. In five years in the Senior League, Basford never finished below fifth, and in 2011 the club entered the national league system by joining the Step 7 Central Midlands League South Division.

The stay in the Central Midlands League was short as the team won the league and Floodlit Cup in their first season to earn promotion to the Step 6 East Midlands Counties League. Basford stormed through the EMCL, winning the league at their first attempt with a record points total and becoming the first club to do the league and cup double.

Whilst in the EMCL, Basford also entered the FA Vase for the first time, reaching the Second Round where they went down 5-3 away to AFC Rushden & Diamonds in front of a near 600 crowd. Success in the EMCL saw the club promoted to Step 5 for 2013-14. Their debut at that level in the Northern Counties East League Premier Division saw a creditable fifth place finish in a season that also saw Basford’s return to the FA Cup after a long absence.

Basford were then moved sideways into the newly formed Midland Football League Premier Division for 2014-15, a move the club took in its stride, winning the league, which earned them promotion into the Evo-Stick Northern Premier League for season 2015-16, which was the sixth successive season that the club have played in a new league, surely some sort of record.

They proved more than equal to the challenge by finishing their first NPL season in fourth place, losing to eventual promotion winners Coalville Town in the play-offs. Some consolation was gained by winning the Notts FA Senior Cup for the second successive season. To keep pace with the team’s progress on the field, extensive ground redevelopment has been carried out. New floodlights were installed in November 2011 and a new dressing room complex was opened two years later. A refurbished clubhouse and additional spectator facilities have been added.

In November 2013 the club was announced as one of eight recipients nationally of a £50,000 grant as part of the Budweiser Club Futures programme, which helped the club review its electricity setup and install an irrigation system to recycle rainwater.
Season 2016-17 saw the opening of the club’s new 3G pitch, an initiative that will open up the Greenwich Avenue ground for wide community use.

Founded in 1900 at the Old Pear Tree Inn, Basford, the club quickly became a power in Notts football, and in 1905 were approached by the Football League with a view to joining the League’s Second Division. The invitation was declined, which paved the way for a newly formed London club to enter the League without previously having played a game - Chelsea.

For much of its history, Basford United played in the Notts Alliance, which was until 2004 the county premier league. Between 1905 and 1921, thirteen seasons allowing for the war time break, the club were champions three times and runners up five times.
Basford won the Notts Alliance Cup on two occasions -1915 and 1939, both times just prior to the war-time suspension of football. In 1989 they again reached the Alliance Cup final, but lost, much to the relief of those who believed that history always repeats itself.

The club have won the Notts FA Senior Cup four times, first time in 1947 and then in 1988 with a team that included some legendary players in Nottinghamshire football. In addition to the first team winning the Notts Senior Cup in 2016, Basford’s under 21 side won the Notts FA Junior Cup, testament to strength in depth.

The club also has a thriving youth section, which has produced a number of players who now feature in the first team. The most recent player to move into the professional ranks is Kirmani Smith, who signed a contract with Sheffield United in July 2016, other players who have joined Football League clubs in recent years include Blair Anderson (Crawley Town) and Colby Bishop (Notts County).

Basford United started life playing on the Dolly Tub pitch, now a housing estate, but in 1903 they moved to the Catchems Corner ground, so called because of its proximity to the railway station and tram and bus terminus. Housing development saw the club move off there in 1930, moving to Vernon Avenue, before they moved to Mill Street in 1935, a ground that was to become part of Nottingham football history, for its unique atmosphere and its hosting of local cup finals and representative games.

In 1990 the much loved ground was lost to housing and the club made the short hop to its current ground, the official title of which is Mill Street Playing Field but which is actually situated on Greenwich Avenue, Basford. Wallace Brownlow became Basford United club secretary in 1907, a position he held until his death in 1970.