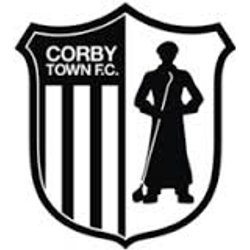 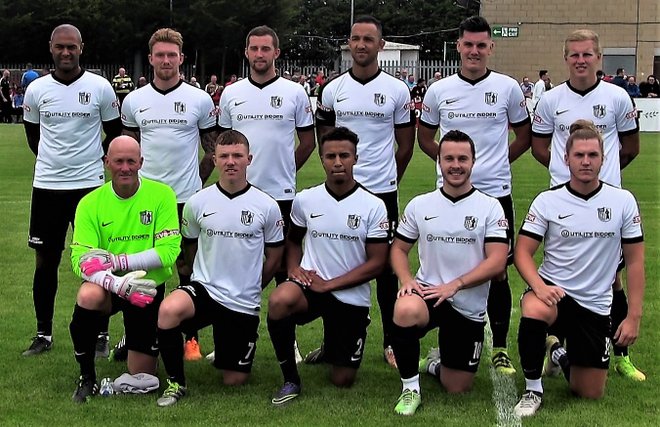 Corby Town manager Steve Kinninburgh will have a new number two alongside him when the Steelmen leave the EVO-STIK League this summer to kick off in the Southern League's Central Division next season.

Corby Town maintained an outside chance of making a bid for the play-off places in the EVO-STIK League South on Monday night after a 3-1 win against a still-not-safe Kidsgrove Athletic side at Steel Park, writes Pitchero's Steve Whitney.

Steve Kinniburgh is looking forward to seeing a quartet of new arrivals making their EVO-STIK League debuts for Corby Town this weekend.

Corby Town fans have seen their side's dramatic transformation from relegation candidates into promotion hopefuls celebrated by the EVO-STIK League.

Steve Kinniburgh could manage Corby Town to promotion as caretaker manager after guiding the EVO-STIK League's Steelmen to six wins in a row and transforming them from relegation candidates into contenders.

The fans, players and officials of EVO-STIK League Corby Town are looking forward to congratulating veteran keeper Paul Bastock on equalling and then breaking one of the greatest records in world football.

Corby Town chairman Steve Noble has told fans the Steelmen couldn't take the chance of sticking with former manager David Bell with their place in the EVO-STIK League at stake.

The first chairman of the club was local MP William Montgomery, whilst Reg Smith was named the first manager. Smith had previously played for Millwall and Dundee whilst representing England at international level. Things started well for the newly formed Steelmen, winning their first game 5-1 against Wellingborough Town on 21 August 1948 at Occupation Road, which was home to Corby Town until the move to the Rockingham Triangle in 1985. It took the club only three years to win their first title, wrapping up the United Counties League in 1951 before doing the same again only a year later, with Ernie Middlemiss scoring a club record 135 goals in 136 games, a record that was to stand for 40 years. 1958 saw the introduction of floodlit football in Corby and in the same year the club moved from the Midland League to the Southern League.

The club moved to the multi-purpose Rockingham Triangle venue in 1985 but it didn’t prove to be a lucky move as the Steelmen were once again relegated from the Premier Division in 1990. They didn’t spend long out of the Premier as they achieved a league and cup double the following season.
The mid-90s saw a cash crisis at the club which threatened to put the club out of business, and although they were spared, relegation was to follow.

The turn of the millennium brought about more positivity at the Triangle as they consolidated their mid-table position in the Dr Martens league. More was to follow in 2005 as they just missed out on a play-off place under manager Rob Dunion. Dunion’s side went one better in 2006 as they were promoted once more.

Club chairman Peter Mallinger sadly passed away in January 2011, just months before the club’s new 3,000 capacity Steel Park stadium was due to open. His son David Mallinger took charge of the club and a positive start to life in their new home led the Steelmen into play-off contention and the first round proper of the FA Cup, where they were beaten by Bristol Rovers at the half-way stage.

Sadly off-field issues had an affect on results and Corby only managed to avoid relegation on the final day of the 2011/12 season, with Graham Drury leaving the club at the end of the campaign.

In the summer of 2012, a Leicestershire businessman took control of the club, with Ian Sampson being installed as manager. However after a tough start to the season Sampson departed and was replaced by his assistant manager Chris Plummer. The former Peterborough Northern Star manager could not repeat the survival act of the previous year however, with Corby Town being relegated from the Blue Square North at the end of the season.
Plummer remained in charge of the side, however resigned just two games into the 2013/14 season after heavy defeats against Burnham and Hemel Hempstead Town. The Chairman moved to appoint the managerial duo of Tommy Wright and Andrew Wilson, who helped to guide the club up the Southern League Premier Division table, however once again financial issues at the club prevented any real challenge to reach the play-offs.

In April 2014 it was announced that a local consortium of seven businessmen headed by Paul Glass had agreed a deal to purchase the club and save it from the threat of administration. Stevie Noble was appointed as the chairman and Tommy Wright was given sole charge of the first team, with Andrew Wilson departing.

In his first year in charge of the side Tommy Wright led his team to the Southern League Premier Division Championship. The Steelmen secured the title and promotion back to the Conference North with a dramatic 3-2 win on the final day of the season against Poole Town who had led the division by one point going into that fixture. Spencer Weir-Daley scored the winning goal for Corby with just nine minutes remaining. However, Corby suffered relegation after just one season in the National North and in 2016-17 kicked off in the Northern Premier League for the first time.

Tommy Wright was relieved of his position in early October 2016 after a poor start,he was replaced by Gary Mills ex Kings Lynn,and Wrexham Assistant manager in mid October 2016 as Corby look to kick start season 2016/2017.
However Mills was relieved of his position after just 6 months,the job being placed in Steven Kinniburgh’s hands for the rest of this season 2016/2017 ( Caretaker) In early May 2017 David Bell was appointed Manager along with Rob Gould as his Assistant as Corby hope they can succeed in getting the club back into the 4th tier after 2 relegations in succession tumbling from the National North thro the Northern Premier Leagues in successive seasons.