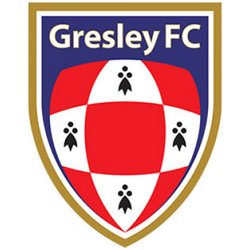 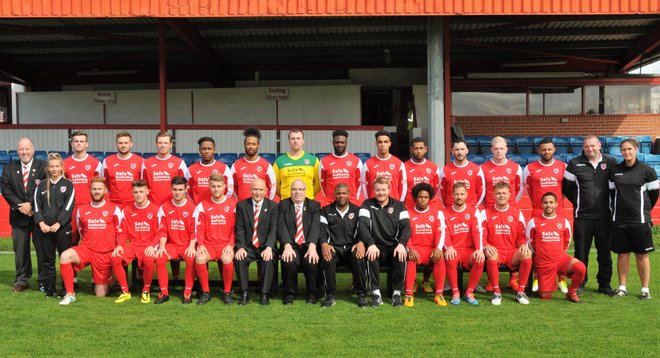 It was all change for Gresley on Monday before they kicked off in the EVO-STIK League at Stamford after losing a manager and chairman.

Gresley FC was formed in 2009 and enjoyed a very successful first season in the East Midlands Counties League. The side, managed by Gary Norton, finished as runners up and therefore narrowly missed out on promotion.

Gresley also enjoyed a long run in the FA Vase by beating Spennymoor, Dawlish and Long Buckby. The Dawlish tie in particular will live long in the memory as the original tie was abandoned in extra time and the Moatmen won the replay in South Derbyshire on penalties. The Vase run came to an end in front of the home fans in disappointing fashion at home to Whitehawk in the quarter-finals.

New directors then joined the club looking to turn the dream of moving to a new stadium into a reality. Manager Gary Norton and his assistant Martin Rowe invited Martyn Rowntree to step up from the reserves to become first team coach.

2010-2011, Gresley's second season as a club and also their second in the East Midlands Counties League, saw another good FA Vase run getting to the last 32 and then going one step further from the previous season by winning the league after an exciting run-in. Being a few points behind the leading contenders Gresley could not afford to slip up again after an unexpected home defeat in early January if their dreams were to be realised. An amazing 20 game unbeaten run with the final 8 all victories saw Gresley crowned as champions and promoted into the Midland Football Alliance.

Season 2011-2012 saw another good run in the FA Vase reaching the last 16 and to top off a superb season Gresley achieved a remarkable back-to-back title success as they lifted the Midland Football Alliance title at their first attempt and promotion to the Evo-Stik NPL Division One South. The first season back at level four was successful as Gresley settled into the Division One South. Gresley finished just outside the top ten in the league and reached the 3rd Qualifying round of the FA Cup. At the end of the season joint manager Gary Norton stepped down with Martin Rowe named as manager.

After losing their first two league fixtures of 2013-2014 and then an indifferent spell up to Christmas Gresley managed to stabilise their performances and ended the season in a creditable 9th place. However, in both the FA Cup and FA Trophy Gresley had good runs going out of the cup after forcing Conference South outfit Brackley Town to a replay after a good draw at St James Park in the 2nd Qualifying Round and in the Trophy they took Conference Premier side Wrexham almost all the way in the First Round Proper losing by the odd goal in three at the Racecourse Ground.

In September 2014 Martin Rowe resigned and his assistant Wayne Thornhill was appointed as first team manager at the end of October. Wayne, along with his assistants Jamie Barrett and Russell Peel, turned the season around and they finished in a creditable fifth place making the play-offs where they met Leek Town at Harrison Park who narrowly beat the Moatmen by a single goal.

An appearance in the Derbyshire Senior Cup Final at the home of Chesterfield FC ended with Gresley as runners-up losing to Evo-Stik Premier side Matlock Town. At the beginning of September Wayne stepped down and Dave Langston appointed as caretaker manager. In October Scott Goodwin was appointed as manager with Jamie Barrett and Gary Rickets as his assistants.

After a run of defeats Scott was released and Gary Ricketts appointed as player/manager assisted by Jamie Barrett and Dave Langston. The 2015-2016 ended with Gresley in a disappointing 16th position. Ricketts stood down as manager and former Leicester Nirvana manager Damion Beckford-Quailey appointed in the close season with the hopes of seeing the Moatmen back up among the title challengers at the end of the new season.