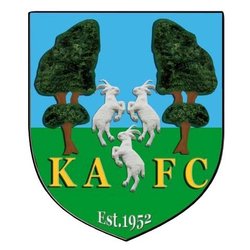 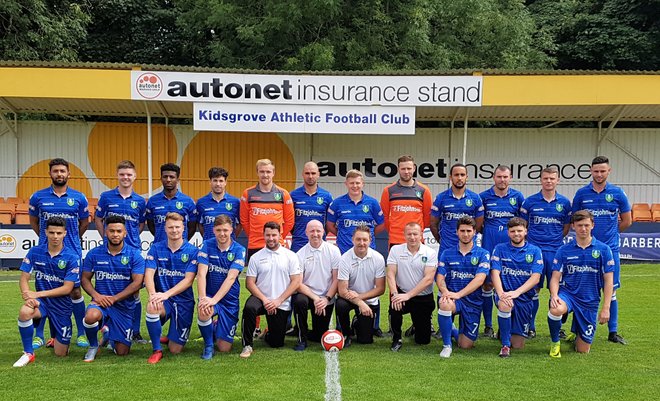 Kidsgrove Athletic and Leek Town came together on Saturday to mark the passing of the father of Grove vice-chairman Ian Cooper in the run-up to their EVO-STIK League derby.

Kidsgrove Athletic added former Rushall Olympic assistant-manager Will Ryder to their touchline team before kicking off in the EVO-STIK League on Saturday.

EVO-STIK League Kidsgrove Athletic are calling on fans to check out their official website after it was given a major revamp.

Kidsgrove Athletic are heading into the 2017-18 EVO-STIK League campaign as the Staffordshire FA's FA Charter Standard Club of the Year!

There was a team in Kidsgrove dating back to the nineteenth century which evolved into Kidsgrove United. Kidsgrove Athletic were formed in December 1952 purely for local men to play in the side. A pitch was acquired down on the A50 when Kidsgrove played in the now defunct Burslem and Tunstall league and in 1961 the club took a year out to develop the land the present ground is on.

In 1963 the club joined the Staffs County league after winning both Burslem and Tunstall leagues. Three years later, the club had won the County league and the Staffs Challenge Cup. Some animosity was caused when the club left Staffordshire to join the Mid-Cheshire league where they became champions four times and challenge cup winners three times.

During the seventies the club lifted several trophies as both the first and second teams enjoyed a successful spell and the club grew and grew. These successes included the Staffs FA Vase, the Challenge Cup once more and the prestigious Sentinel Cup which was won three times.

If the club had success on the field in the Seventies, it was the Eighties when the clubhouse and pitch developed. This period also lead to the building of the current changing room block by the then strong committee, providing some of the best facilities in the area.

In 1989 the club had at last been accepted into the North West Counties League, having been rejected twice. In 1989 Kidsgrove became the first club to win the Staffs FA Vase twice. With ground criteria becoming stricter they found themselves promoted to the first division of the NWCL in 1992 having finished tenth in the second division a year earlier.

Stoke City opened the floodlight era in 1992 but the demise of Eastwood Hanley strengthened the playing side in 1997 and the club became champions the following April as well as Challenge Cup winners beating Vauxhall in the final. The club also reached the semi-final of the FA Vase that year, and this got the clubs record crowd against Tiverton Town.

Four years later with more work carried out the club became champions again and were promoted to the Unibond NPL. It was a struggle and in 2004 the club found themselves bottom of the league. The formation of a new league structure then came into force and the club remained in the league which saved the club from being relegated for the first time in their history. There was one bonus that year was the lifting of the Staffs Senior Cup for the first time beating Stafford Rangers 1-0 at the Britannia Stadium, a competition that the club has won on no fewer than 5 times.

In 2004/05 the club finished a respectable tenth and lifted their first piece of Unibond silverware with an exciting 7-6 win over Woodley Sports in the Chairman's Cup final. The club suffered highs and lows d ground face lifts during the early years in the Northern Premier league with the stamps of Terry Hillman and Stan Brown being left on the club in the forms of ground improvements that make it one of the best in the league today. During this period the club also suffered financial woes.

The 2009/10 season Grove achieved our highest ever Unibond League position when heading the table on no less than three occasions, however the ‘enforced winter break’, due to the extreme weather that gripped the country, seemed to do us no favours.

A strong finish to the season however, did put Grove into the play-offs where we were to lose by a 1-0 score line away to Glapwell FC. Grove once again lifted the Fair Play Award (for the third year out of the last four) and in the prolific Dave Walker had the top goal scorer in the Unibond League.

2011/12 saw us have our best ever FA Cup run reaching 4th Qualifying round before bowing out to Bradford Park Avenue in front of a crowd of 1140 fans. The end of this season however was to prove very significant with our Chairman Michael Fitzjohn stand down due to work commitments.

The next three seasons saw the club decline only escaping relegation to the North West Counties league by deems of reelection. In November 2014 with the club on the brink Mick Fitzjohn returned as Chairman.