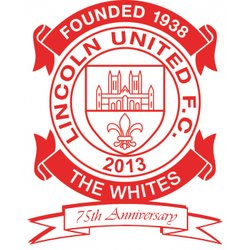 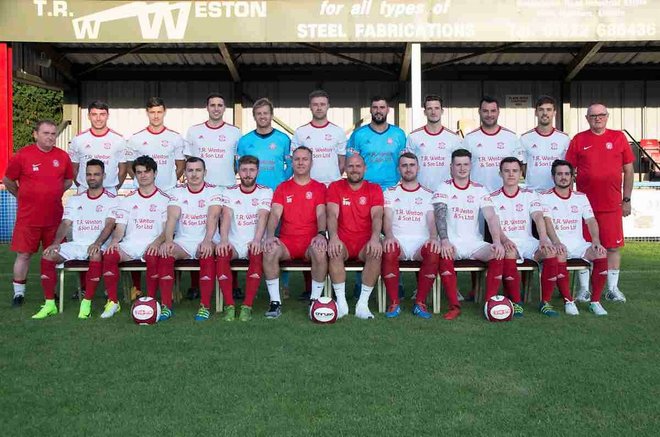 Lincoln United manager Sam Wilkinson has been heaping praise on his touchline team after securing their services for the next EVO-STIK League campaign.

Lincoln United dedicated their first performance accolade of the season to their volunteers and staff on Saturday before coming from behind to beat Romulus 2-1 and keep their hopes of reaching the Northern Premier League’s top flight alive.

Lincoln United and Spalding United are getting ready to celebrate the centenary of the Royal Air Force when they meet on the final day of the EVO-STIK League's fiftieth anniversary 2017-18 season.

Lincoln United are a big step closer to becoming the second EVO-STIK League club to win a £50,000 bursary from FA Trophy sponsors Buildbase.

Lincoln United manager Sam Wilkinson has named former skipper Sean Wright as one of his first team coaches after he was forced to retire from playing on doctor's orders.

EVO-STIK League Lincoln United have paid tribute to skipper Sean Wright after doctors advised him to quit the game.

The Club won its first honours in the 1963-64 season with the Lincolnshire League Championship and the Lincolnshire Senior ‘B’ Cup. Three years later, the Whites joined the Yorkshire League and, once again, completed the League and Cup double. The Club went on to play in a number of Leagues, including (as founder members) the Northern Counties East League and the Central Midlands League. In one of its most impressive periods, the Club was promoted three times between 1987 and 1990.

Throughout its history, Lincoln United has been a major force in the city of Lincoln’s football scene, thanks to the efforts over the years of its officials, players, volunteers and supporters – too many to record in full. Some names do warrant a mention, however, like the legendary manager, Fred Green; former Secretary, Bryan Smith; former chairmen, Keith Roe and Robin Taylor; current President and long-time benefactor, Maurice Bull; and managers, Allen Crombie, Gary Goddard, John Wilkinson and Terry Fleming. Key players in recent years include Tony Simmons, Rick Ranshaw, Terry Fleming, Gary Crosby, Steve Carter and record appearance-maker, Brendan McDaid.

The last few years have seen the Club ‘in transition’ after a period of relative stagnation, on and off the field. A new Committee was formed in 2010-11 with three main objectives: Gain Promotion; Improve the Club’s Facilities; and Strengthen its Links with the Community. Improvements off the field were not mirrored on it and after a disappointing first two seasons, which saw the Club flirting dangerously close with relegation, United changed its management team and appointed new Manager, Dave Frecklington, and Assistant Manager, Sam Wilkinson in 2013-14. After a disappointing first season, ‘Freck’ went on to take the Club to 9th in his second season and, for the first time in the Club’s history, into the Play-Offs in his third and last season.

For the 2016-17 season, United saw Sam Wilkinson as its new Manager with Chris Hall and Stuart Reddington as Assistant Manager and First Team Coach, respectively. The new Management Team, and what is largely the squad of last season’s players, have already brought success to the Club with a place in the Lincolnshire FA Senior Cup Final, having knocked out teams from higher Leagues in the quarter and semi-finals. That success was rewarded with a first ever Lincolnahire Senior Cup win when we beat Stamford in the final.The club also won the divisional Fair Play award and the Management team recorded the best behaved bench marks and still we remained competitive right to the end of a busy season.

Added to that Trophy win was a superb run in the Emirates FA Cup followed by a similar run in the Buildbase FA Trophy. Those two meant we got behind in our fixtures but a great run after Christmas took us onto the fringes of the play-offs but not quite close enough. An exciting season nonetheless and we will be looking to improve on that in what will be even more competitive over the course of the 2017-18 campaign.