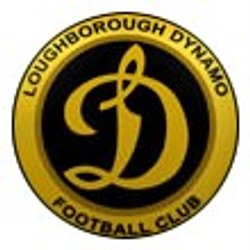 New Loughborough Dynamo manager Lee Attenborough is putting the finishing touches to his touchline team for the 2018-19 EVO-STIK League season.

Loughborough Dynamo chairman Darren Rodgers has paid tribute to Peter Ward in a statement confirming his weekend exit from the EVO-STIK League's Nailers was amicable.

Lee Attenborough was named as the new manager of EVO-STIK League Loughborough Dynamo on Saturday after stepping up to succeed Peter Ward.

EVO-STIK League Loughborough Dynamo are looking forward to hosting the next generation of stars at Leicester City and Manchester United next weekend.

Former Bolton, West Ham and Wigan keeper Jussi Jaaskelainen is backing Loughborough Dynamo and the EVO-STIK League to be the springboard for his son William to follow in his footsteps.

Footballing twins Charlie and Danny Taylor are hoping that turning out for Loughborough Dynamo in the EVO-STIK League will turn them into Olympians!

Loughborough Dynamo FC is a member of the Evo-Stik Northern Premier league, playing in Division One South. The club, founded in 1955, plays at the Nanpantan Sports Ground in Watermead Lane, Loughborough, Leicestershire.

Dynamo was formed in 1955 by pupils of Loughborough Grammar School. A few years after World War II the school switched from football to rugby. Several pupils wanted to play organised football, so they formed Dynamo to do so. The club’s name came from FC Dynamo Moscow, which had played in the United Kingdom in friendly matches on tours in both 1945 and 1955. The club colours of gold and black came from Wolverhampton Wanderers, who played against Dynamo Moscow at Molineux on November 9th 1955.

After two seasons of leading a nomadic existence playing away friendly matches, the club ventured into league football in 1957 and found its first home, the old Shelthorpe playing fields in Loughborough (now Shelthorpe golf course). The league was the Loughborough Alliance League. Dynamo entered in Division 3 and quickly rose through the divisions, eventually winning the League. However, Dynamo was prevented from moving into the Leicestershire Senior League due to lack of facilities.

The club switched to the Leicester and District League in 1966, by which time Dynamo had moved across Loughborough to Bottleacre and the old ground of Morris Sports. This ground had been the sports club of the company of Herbert Morris Crane Manufacturers. The firm had vacated the ground, but still owned it. Dynamo played in this league for five years, moving into the East Midlands League in 1971. However Dynamo underperformed at this level and saw relegation to the Central Alliance League and almost immediately back to the Leicester and District League.

During this period Dynamo experienced two further moves of ground, enforced by Morris Sports sale of the Bottleacre ground for use as industrial premises. First was back to Shelthorpe, this time to Shelthorpe Primary School, then on to the club’s current home of the Nanpantan Sports Ground (NSG), on the Charnwood Forest side of the town and on the edge of Loughborough. This ground had recently been bought by Charnwood District Council from the Brush manufacturing company of Loughborough. The Council own it to this day.

It was at its current home that the club was playing in the Leicestershire Senior League Division 1, but the facilities were not good enough to enable promotion the Premier Division. The specific requirement was floodlights. It was then that discussions took place between the club and Loughborough University. Following these discussions an offer came from the University. The education facility was looking to integrate into the local community, and the offer was to develop, with Dynamo, the facilities at the NSG. Also James Ellis came on board as manager. All this occurred in the early 2000’s and enabled the club to gain promotion to the Premier Division and start its development to where it is today.

James Ellis eventually moved on, but the club still continued to develop and retains its strong links with Loughborough University to this day, as can be seen by the fact that the pitch, regarded as one of the best in non league circles, is cared for by ground staff of the University. Dynamo stabilised in the MFA, and then came the memorable season of 2007-8 when under the management of Adam Beazeley, assisted by John Folwell and Simon Tebbutt, the club achieved promotion to the Northern Premier League Division One South, at which level it currently plays.

2010 saw Dynamo lift the Westerby Challenge Cup, the main knockout cup for Leicestershire sides, at the Walkers (now King Power) Stadium, the home of Leicester City. The club had a joint managerial team at this point of Ian Blyth and Scott Clamp, Barwell being the defeated opponents. Two years later, with the Walkers Stadium now renamed the King Power Stadium and with Scott Clamp as sole manager, Dynamo won the trophy for a second time, defeating Hinckley United from two leagues higher in the non league pyramid.

Tom Brookbanks became Manager in May 2013, and by the start of the 2014-15 season had built an entertaining side, and in September of that season Dynamo topped the division, the highest position in the club’s history. But off fields matters came to a head the following month and the management team and squad was suddenly ripped apart, and the club slid down the table. Matters became worse in 2015-16, and at the end of February Dynamo was starting relegation in the face. The arrival of Wayne Hallcro and his management halted the downward trend, relegation being avoided with a game to spare, and all at Dynamo look forward to a more positive future with Wayne at the helm.