Ashton at the heart of their community 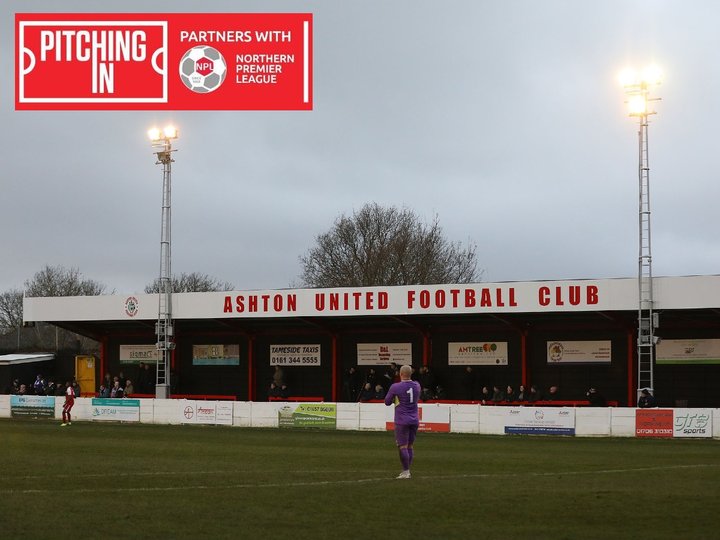 Football clubs regularly talk of being at the heart of their communities – and perhaps nowhere has this been more prevalent than at Ashton United in recent months.

From handing out more than 1,500 activity packs for local children to setting up a food pantry tackling holiday hunger, the Northern Premier League outfit have pulled out all the stops to help their town cope with the effects of lockdown and beyond.

"The area our club is located is in the top two per cent of the most deprived in England,” said vice-chairman Steve Hobson, who is also the managing director of Ashton United in the Community.

"We have been here 140 years. We are an integral part of a community which needed us, so we reached out - and it’s worked wonders.

"We do pop up events in housing estates where we play games with the kids and the parents, and we’ve been working with FareShare to deliver free meals to kids in the holidays.

"It creates and fosters this community spirit and the feedback we have had has been mind-blowing.

"The community trusts us because they’ve seen what we’ve done. People come to us who are not interested in football because we are a lifeline for them.”

The club’s efforts have been praised by the town’s MP, Angela Rayner, the Deputy Leader of the Labour Party.

Rayner, herself a patron of Ashton United in the Community, said: “Ashton United have been incredible during this crisis and throughout lockdown.

“I’m proud to be associated with the club and support the work that they have been doing and I want to thank all of the volunteers who have kept the club going and given so much support to people in our community during this pandemic.

“Local football clubs like Ashton United are so much more than just clubs, they are the glue that holds our communities together and the beating heart of our communities.

“It’s a real boost for our area that Ashton United are back in action and I hope people across our community will support our club as they recover and deal with the impact of this pandemic.”

United, owned by father-and-son duo David and Jonathan Burke, are one of 228 clubs across the Northern Premier, Southern and Isthmian Leagues to benefit from GVC Holdings’ launch of grassroots sports investment programme Pitching In.

The multi-million-pound, multi-year investment programme is supplemented by an emphasis on community volunteers pitching in – an area in which The Robins are well blessed.

“We couldn’t operate without volunteers and ours are absolutely phenomenal,” Hobson said.

“We take a wide variety of people in as volunteers who come to us, learn their craft and move on somewhere else.”
United have proved a valuable stepping stone for those in the football industry, with Wolves, Fleetwood Town and Oldham Athletic among those to employ former volunteers at Hurst Cross in fields including media management and physiotherapy.

Pitching In’s flagship partnership with Trident League clubs will also enable the opportunity to apply for grants to ease the financial strain of lockdown.