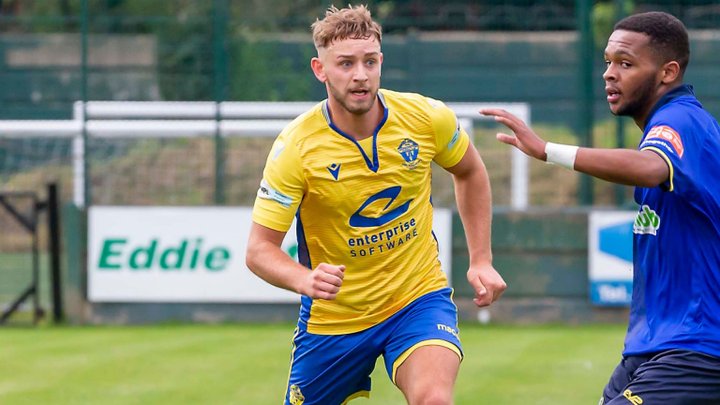 Ashton United have further bolstered their options ahead of the 2022/23 Pitching In Northern Premier League season with the signing of right-back James Baillie.

The former Warrington Town defender made 39 appearances for the Yellows last term, scoring once.

Midfielder Max Harrop and strikers Callum Saunders and Jack Kenny have also been confirmed as part of the Robins’ plans, with manager Michael Clegg recently highlighting the acquisition of Saunders as a major statement of intent for a side looking to better their 14th-placed finish last season.

Furthermore, a number of existing players have also begun to commit their future to the club, including captain Michael Brewster.

The Robins return to pre-season action on Tuesday 5 July at home to Barrow AFC.