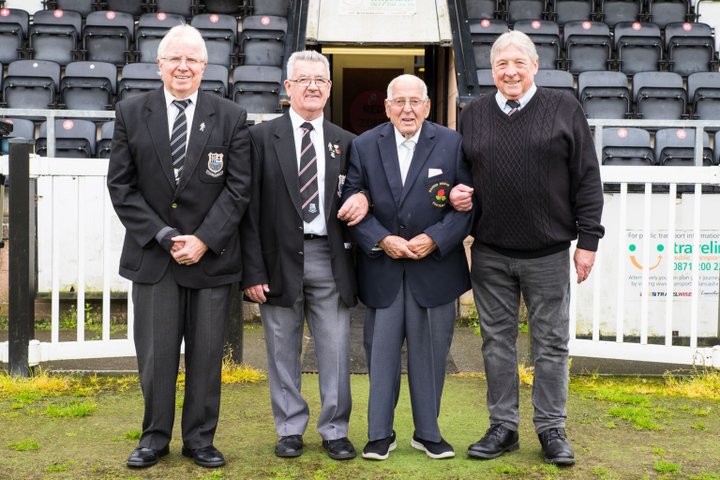 Four long standing Bamber Bridge committee members have been recognised for their service to non-league football by the Lancashire FA.

Dave Spencer and George Halliwell are to each receive an award to mark 50 years service, and Tony Molloy and Arthur Jackson are to have their 30 years service recognised.

They will formally be presented with their award at a ceremony to be held on 28th September at the Lancashire FA headquarters.

The four follow in the footsteps of the late Gerry Lawson who also achieved his 30 year award.

Although their individual contributions to football includes their playing careers, they have between them amassed over 170 years of management and committee duties at Bamber Bridge.

Halliwell held the position of football secretary for many years and progressed to director of football.

Molloy has given many years of general committee service and can be found on home games manning the players tunnel.

Jackson joined the club shortly after its formation in 1974. A well known lively character around the club and was a key link in the early days ensuring the best price was obtained for the waste paper collected to help finance the club! Since then he held the position of chairman for a number of years before being elected as club president, a position which he still holds.