Basford raring to get going 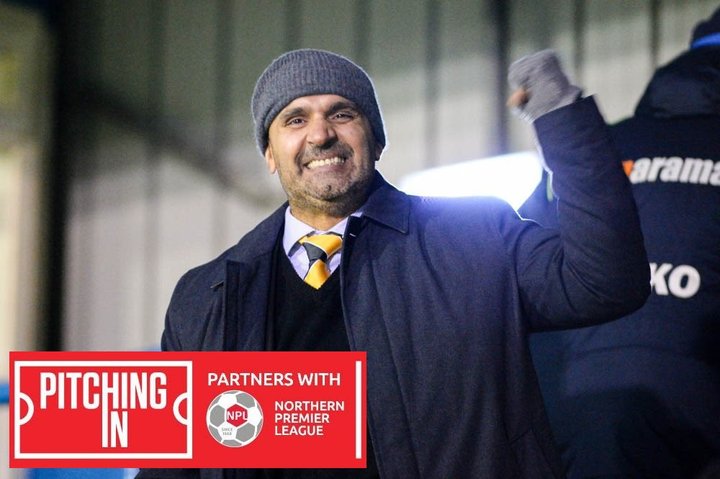 After a turbulent six months, Basford United just want to play football and are raring to get going again according to chairman Chris Munroe.

Munroe has been in charge of the club for ten years but describes the experiences of 2020 as the most challenging of his career with COVID-19 impacting on the finances of non-league football clubs up and down the land.

And on the pitch, the Lions were denied a potential play-off place with the season abandoned and results expunged as Steve Chettle’s side sat fourth in the Northern Premier League Premier Division.

With that frustration now behind them, the focus is on getting back to enjoying themselves on the pitch.

“It was a real tough blow for us when the season was abandoned because we were well set in the play-offs,” said Munroe, whose club are one of 228 Northern Premier, Isthmian and Southern League teams to benefit from GVC Holdings’ launch of grassroots sports investment programme Pitching In.

“We felt we could have got promoted with the squad we had. It was a real kick in the teeth and mentally it had an impact on all the players and all the staff here.

“We had worked so hard for 35 games and to have it taken away from you with so few games left was tough.

“We’ve had challenges in terms of getting the team mentally right but now with a start date to focus on we can feel the anticipation building.

“That’s not just amongst the players but also the community, we’re all looking forward to getting back.

“We’ve got a younger group this year which maybe means the same anticipation isn’t there as last year but we know they have the same goals. They are very good footballers.”

Munroe lives and breathes the non-league game – the lifeblood of English football - with Pitching In’s flagship partnership with Trident League clubs promoting and supporting grassroots sport after the Covid-19 pandemic.
The multi-million-pound, multi-year investment programme will deliver vital financial assistance and is supplemented by an emphasis on community volunteers pitching in and contributing themselves.

He added: “I think the Pitching In support will be really crucial. Everything is community based at our level and what we do has such a big impact on the community.

“It’s an area that isn’t very well funded so anything we can do to enhance that experience is positive.

“This can really assist that if the funds are channelled in the right direction and more clubs embrace this community spirit.

“Volunteers are crucial, we wouldn’t survive if we didn’t have them so that will be great to see.”

GVC is launching a new multi-million-pound investment programme, Pitching In, designed to support and promote grassroots sports and is being launched with a flagship partnership with The Northern Premier, Isthmian and Southern League teams, collectively known as The Trident Leagues. For more information visit: https://gvc-plc.com/PitchingIn

Pitching In partners with NPL  Introducing Pitching In - the new partner of the Northern Premier League.