Brave Rylands go down in Pitching In Super Cup 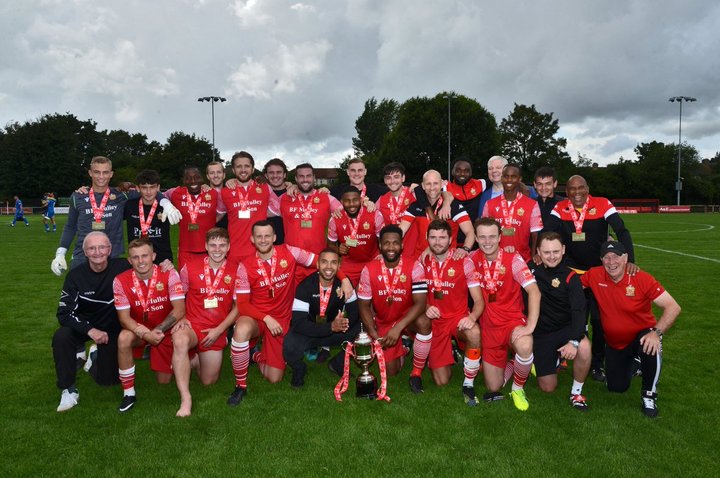 It was a brave effort from Rylands, who have joined the Northern Premier League for the first time ahead of the 2021/22 campaign, but Liam Nash’s double helped the FA Trophy winners to victory.

They then paraded the super cup with the FA Trophy, which they won by beating Hereford at Wembley in May, on an open-top bus tour on Sunday.

Nash opened the scoring after 25 minutes, after shouts for a Rylands penalty were waved away, the hosts counter attacked and he lofted the ball over the ‘keeper for 1-0.

The hosts had the better of the game in the first half and it was only the efforts of Graeme McCall in the Rylands goal that kept the difference at one.

But on the hour mark, the visitors stunned Hornchurch as Stephen Milne curled a shot beyond Thackway to level the game.

Rylands simply wouldn’t surrender to the Hornchurch pressure, and they held on until the final five minutes - when goals from Nash and Sam Higgins effectively won the game for Hornchurch, before Joseph Coveney’s free-kick in injury time provided some consolation for the plucky visitors.

Highlights of the match can be seen here

 The NPL Show: August 9th Ben completes the 20 new clubs with interviews with all the managers