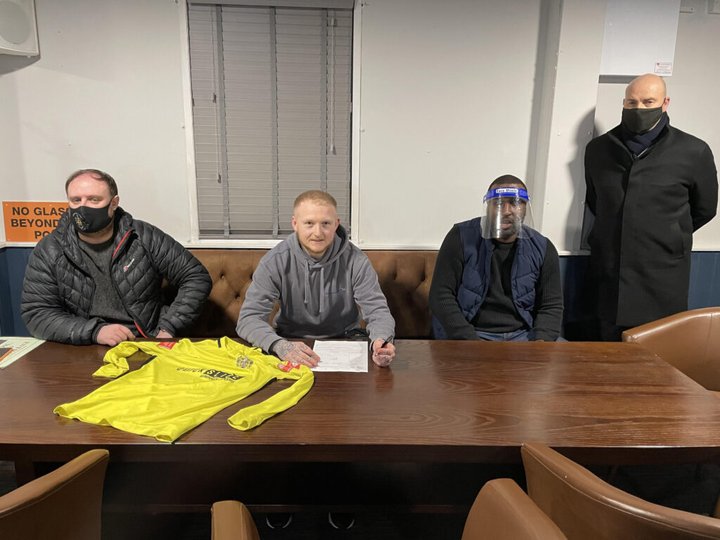 Brett Souter says he’s excited for his return to the Pitching In Northern Premier League with Brighouse Town.

The 24-year-old goalkeeper has signed with the Pitching In Northern Premier League N/West Division side on a two-year deal from West Yorkshire neighbours Hemsworth Miners Welfare, where he captained the side.

He previously made more than 100 appearances for Ossett Albion/United, and returns to the Northern Premier League for the 2021/22 season.

He said: “I’m really looking forward to stepping back up into NPL after half a season with Hemsworth. I can't wait to get started knowing what a great club I've signed for.

“I think like anybody who plays non-league, we all play to win so my aim is to help the team keep clean sheets and ultimately win as many games as possible. Hopefully we will be up there around the play-off places come the end of the season and going on a good cup run would be a bonus.”

“I’ve heard good things about Vill (Powell) and everybody involved with the club. Vill has been honest about what he wants from me and I'll do my best to deliver that whilst at the club.”

Trio re-sign with Workington  Workington have announced the re-signings of Matty Clarke, Charlie Bowman and Robbie Hebson for the 2021/22 season.