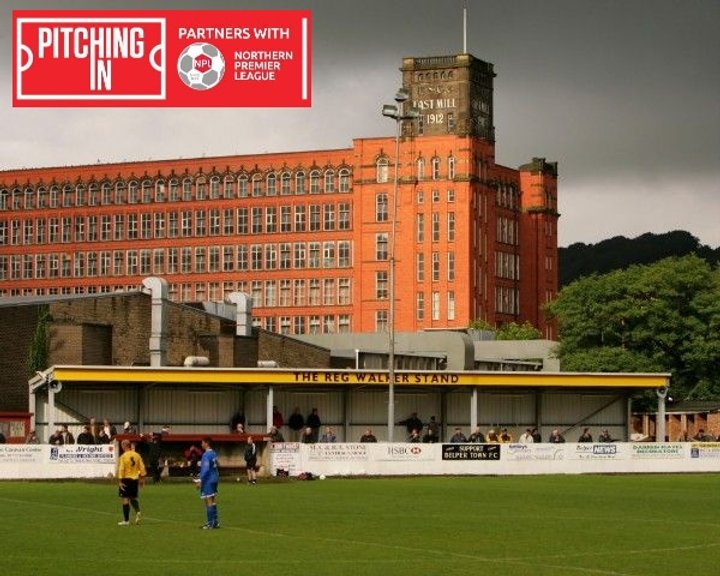 The Derbyshire club are one of the most well-established in the Northern Premier League Division One South East and boast a near 150-year history.

Deputy chairman Phil Varney is one man to have been there and seen it all, watching the Nailers topple Falmouth Town 5-1 in the FA Vase before Clough open a new clubhouse at Christchurch Meadow a few years later.

A memorable clash with Notts County followed before lockdown and Varney, former chairman of 23 years and friend of Clough, says the club’s principles have safely navigated their way through the Covid-19 pandemic.

“It’s always been a highly-respected, well-run club that people like to be associated with,” said Varney, 72, whose beloved Belper are one of 228 Northern Premier, Isthmian and , Southern and Northern Premier League teams to benefit from GVC Holdings’ launch of grassroots sports investment programme Pitching In.

“Coming to Belper is always a pleasurable experience – it’s always a lovely place to come and people are made welcome.

“I knew Brian well – he called me ‘Mr Chairman’ and always respected me. He always showed appreciation of what we did at our level and gave us total respect.

“He would come to watch games uninvited and would run the line a lot of the time on Sundays! He was a genuine man who was genuinely interested in people, and you could always talk to Brian Clough.

“Playing Notts County was wonderful – we lost 2-1 but it was a special day and we did ourselves proud.

“The money we made from the run put the deposit on an astro-turf, and given our cup run, grants and the way the club is run, we’re probably financially better off after lockdown.

“It’s been difficult but we’re all in this together, took the positives and look forward to this season on an even keel with better facilities. We want people to walk through the gates and say ‘wow, this has been a well-looked after club’.”

The non-league game is the lifeblood of English football and traces its roots back to the 19th century, with Pitching In’s flagship partnership with Trident League clubs promoting and supporting grassroots sport after the Covid-19 pandemic.

The multi-million-pound, multi-year investment programme will deliver vital financial assistance, with that help supplemented by an emphasis on community volunteers pitching in and contributing themselves.

A Pitching In volunteering scheme will be established to help further strengthen community ties, with clubs also having the opportunity to apply for grants to ease the financial strain of lockdown.

The programme has also grabbed the attention of football royalty, with former England captain Stuart Pearce offering his support having started his career at Wealdstone FC.
Belper sat fourth last term and had their play-off hopes thwarted by the abandonment of the campaign.

“We would have finished in the play-offs and I don’t think anyone would have fancied playing us,” added Varney.

“The Pitching In funding is extremely important, and the ‘pitching in’ element and emphasis on volunteering is just as important as the financial side.

“Everybody pitches in together and if we can get people helping, that’s great. The term ‘pitching in’ is superb because that’s what keeps the world going, especially at non-league level.”