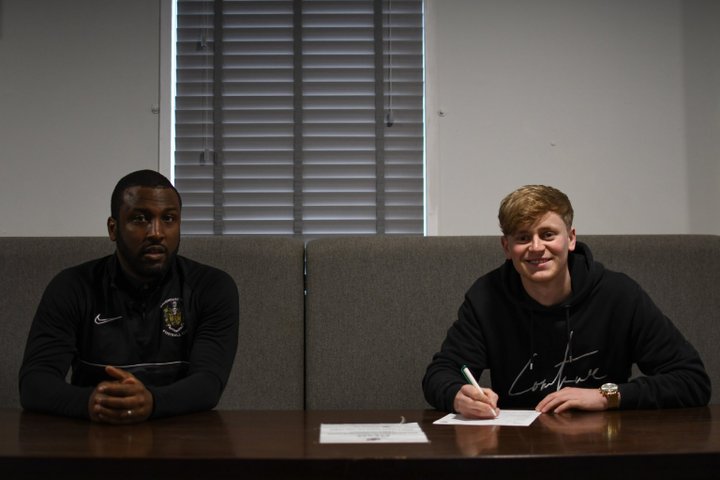 “I’ve heard a lot about the way Vill and his team work and what the players are buying into and I think I would fit in well. From what I’ve seen so far at training he’s the type of manager that is only going to improve me as a player, both on the field and in confidence."

The club has been announcing player retentions all week on social media, including the latest re-signing of young prospect Leighton Sawye for the 2021/22 season.

Harrison also confirmed that the club recently returned to training, while there is a date in sight for the Northern Premier League 2021/22 season. He said: “It’s a bit of a relief to be honest after being stuck doing nothing for a good few month.

“It’s just good to know we will be getting back to doing what we all love and that’s playing football. Us at Brighouse have been training for a few weeks now and it’s all going really well, the sessions are intense and just what we need but mainly I think the lads are just happy to be back together again enjoying it.

“I think the goals for this season as a team are to be up there challenging in the play-offs. When I signed I knew that Vill and Brighouse had big ambitions so the goal is to be up there.

“On a personal note my aim is to play as much as possible and contribute as many goals and assists as possible for the team, but to also enjoy my football again. It was a tough year last year for everyone but it’s been over a year since I played with a smile on my face.”