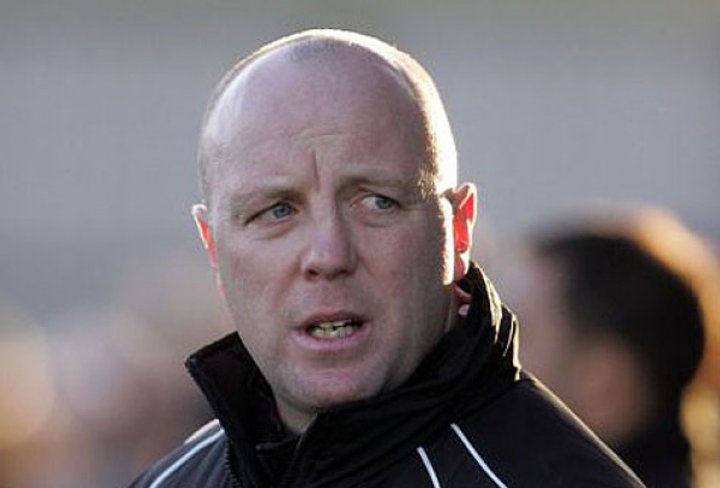 Former Hednesford manager, captain, promotion and FA Trophy winning legend Chris Brindley has made a surprise return to Keys Park as assistant manager after current incumbent, Larry Chambers, chose to take a temporary break from the game to concentrate on business interests.

Hednesford Town have enjoyed two successful seasons under their current management duo but Chambers is looking to devote his time to starting up a business in the motor trade.

'Brinner' stated he was more than happy to take up the offer to return to his hometown Club where he led the team to promotion out of The Southern League in 2005 and scored a memorable last minute winner in the FA Trophy final of 2004 at Villa Park.

'I am delighted to be back at Hednesford, I'm good friends with both Rob and Larry and when Rob asked me to come in and help while Larry was taking a break I was very pleased. I'm the first to admit that I've had a difficult past three years or so in the game but I can't wait to get started.'

Talking after revealing the news of the appointment, one which will no doubt be met with support from Pitmen fans but perhaps also a feeling of waryness after Chasetown's relegation this season, Smith stressed how confident he is that Brindley can bring something positive to the dressing room in his attitude and experience.

'I needed someone I trust to come and help myself and Steve Wynn. 'Brinners' is a good friend and obviously he is very fond of the club. It seems the perfect choice, and I know he is looking forward to getting involved.

I've got no worries about the last few years, it was purely getting someone in with the enthusiasm and personality I can work with. Having worked with Larry for twelve years it was always going to be hard working with anyone else. I am very demanding but he has the right character and can concentrate purely on football rather than all of the other aspects that a manager has to contend with on a weekly basis.'

Smith also confirmed that the move is, at present, only set to be a temporary one with the pair expecting to resume their managerial partnership towards the end of the year.

'I am sure Larry will return once his business is in a position to cover his football commitments. I will still meet up and speak to him regarding the team in his absence.'