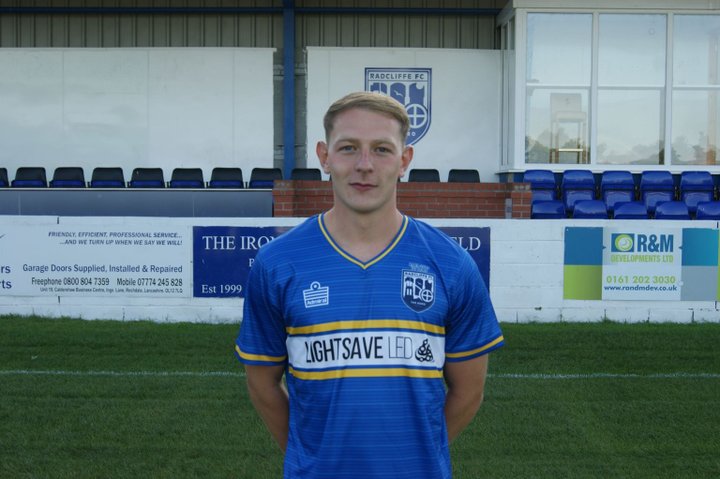 Brown, 25, captained Blackburn Rovers at Under 19s level and has also played for FC United and Stalybridge Celtic.

He said: “I can’t wait to get started. As soon as I got the call from the gaffer I wanted in.  You only need to look at what is being planned at Colne to know it’s an opportunity not to be missed.”

Brown is the latest signing made by new head coach Nathan Rooney.

Rooney said: “Tom has been on our radar for a number of weeks and I’m delighted to finally be able to announce him.

"I’ve worked with him before and at 25 he brings a wealth of experience, but also has promotions under his belt and that will help us at various parts of this season.

“The squad is now starting to come together and although we aren’t finished yet, we are in discussions with people who we think will enhance the squad ready for the season start.”