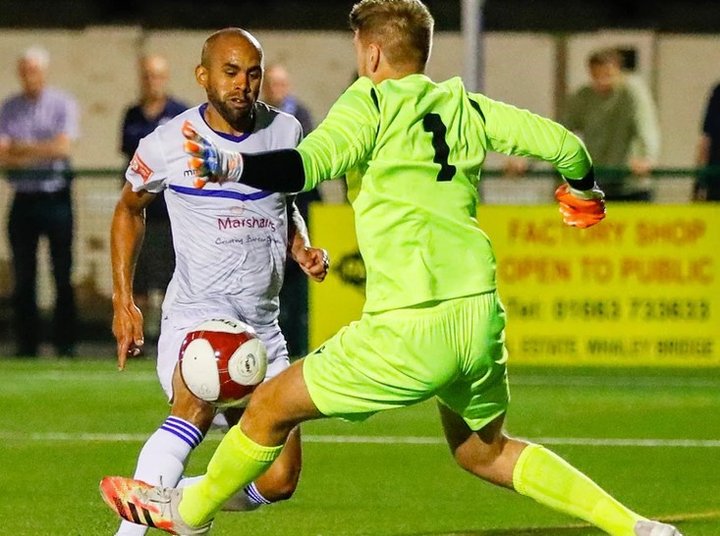 The Bucks had the better of most of the match and led through Jamie Ward’s 51st minute goal in front of a crowd of 710 at Silverlands.

Cunningham said: "It was disappointing after we had dominated the game and reduced Nantwich to very little.

"We needed to be more clinical and kill it off with a second goal. Their keeper pulled off a point-blank save in the 90th minute which would have made it 2-0 and everyone could have gone away happy.

“Instead, they scored. We'll take plenty of positives from the game, though, and move on to Saturday and another home match."

The Bucks are back in league action against Witton Albion on Saturday.

They suffered their first league defeat of the season at Lancaster City last weekend, but still sit third in the table.

After Witton, their next game is the FA Cup second round clash against Morecambe, which is being televised live on BBC.

 Morgan marks Nantwich return with a goal Jamie Morgan celebrated his return to Nantwich Town, on loan from Chester, with a goal on Tuesday night.

Beesley steps up for Yellows  Warrington Town have moved quickly to appoint Mark Beesley as their new manager.