Chilaka signs on for another year 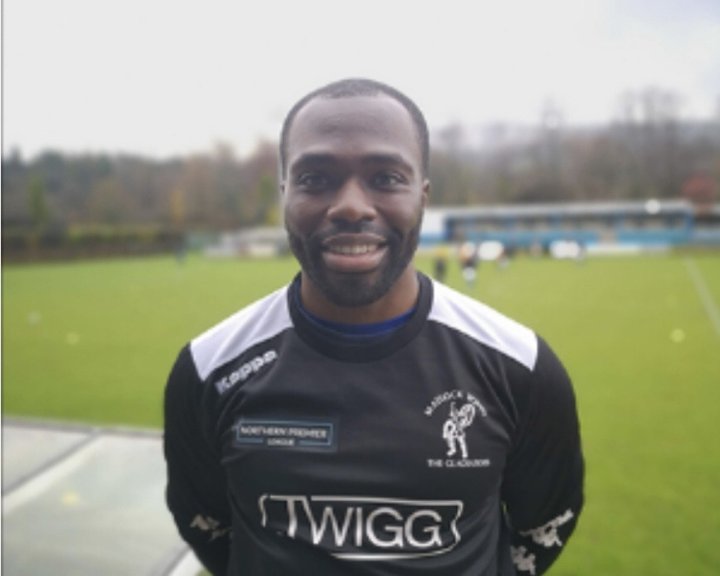 Striker Chib Chilaka has signed on for another year at Matlock Town.

Chilaka, 33, scored 10 goals for the Gladiators last season, despite largely featuring off the bench, and has recently celebrated the arrival of his second child.

Manager Paul Phillips said: “I’ve sent him my congratulations on the birth of his baby boy which has understandably meant he hasn’t been able to do all of the sessions we’ve put on during the past few weeks.

“We’ve now got good competition for the forward positions, I’ve told him he’s part of a squad battling to get into the matchday sixteen.

“I liked him at the end of last season, no disrespect to anyone else but I always thought we looked a better side when he was playing.

“He wasn’t fit enough though, so he knows what he’s got to do and he was working tremendously hard prior to the lockdown.

“He’s got to work hard again now to catch up with the other lads now in the next five or six weeks. I believe in him, he’s a top quality striker who will increase competition in the striking department.”

No change to NPL allocations  The three divisions of the Northern Premier League will be unchanged for the 2020/21 season.