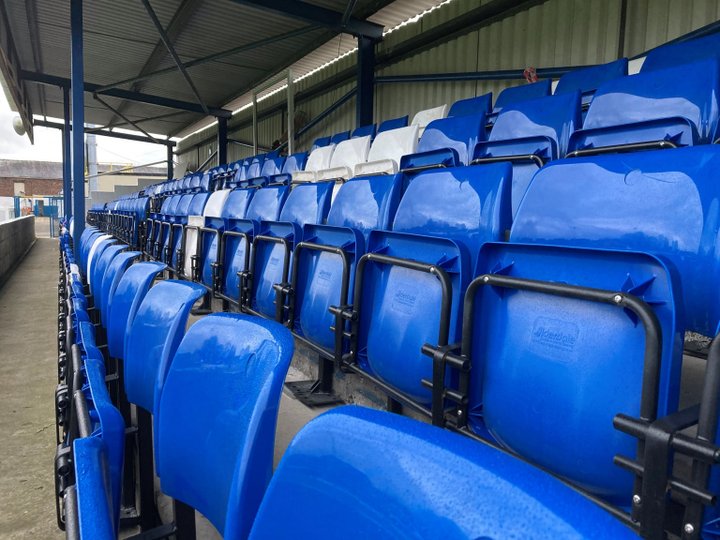 Clitheroe take on Kendal Town tonight with an increased capacity at Shawbridge, thanks to working with their local council.

The club had the third highest average attendance in the Northern Premier League N/West Division last season with 371, and they have been permitted an attendance of 375 for tonight’s game, having previously been limited to 200.

And Ribble Valley Borough Council, who will attend the game to review procedures, have agreed that it can be increased to 400 if all goes to plan.

Clitheroe’s finance director, Andrew Jackson, said: “After the league announced clubs could restart games on Saturday, our board had an emergency meeting on to decide whether we could afford to restart with the level of tier restrictions meaning that we could have no bar or food outlets on the ground open. Prior to the meeting I spoke to the council again to see what our options were with regard to food. We were allowed to sell takeaway but these had to be eaten and drunk off the premises, ie outside the perimeter of the club, which was not practical.

“During the meeting we were made aware of the email from the FA regarding socially distanced capacity calculations, which allowed clubs to use the local authority to determine their capacity.

“At that point we had never been aware that we could use our local council to determine our capacity with no reference to any football authority. The following day I spoke to the council and asked if they could agree a capacity of 2,500 and that we would then be allowed 15% of that capacity as per the email.

“On the following day, we got a call from the Covid Enforcement Officer asking for a site visit, and when they came, they were delighted with what they saw and the measures put in place, as well as suggesting further precautions we could put in place to make the ground more Covid secure.

“We would like to place on record our huge thanks to Ribble Valley Borough Council and to James Matthew and Joe Drage, the two Covid Enforcement Officers, for the work they have done on behalf of the club to obtain agreement to the number of fans we are now allowed to have back at Shawbridge.”

The additional measures include wearing masks when under any cover, having clearways in front of any terracing to allow fans to walk past safely, and clearly marking seats in the stand where fans can and can not sit.

The club first contacted the council prior to the second lockdown to gain clarity over the tier 3 restrictions, and received a number of recommendations from the Covid Enforcement Officer.

All clubs are being encouraged to work with their local authority to maximise their allowed capacity.