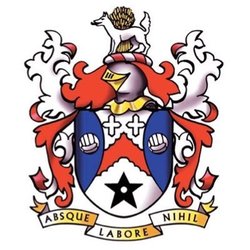 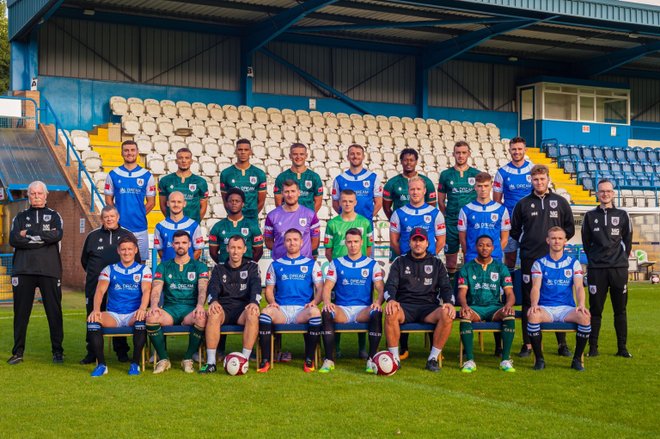 Stalybridge Celtic are looking for a new manager after Simon Haworth resigned.

Stalybridge Celtic have confirmed that Keenan Quansah has signed a deal until the end of the season.

Stalybridge Celtic have confirmed the signing of Jake Burton from Tranmere Rovers on a one-month loan.

Stalybridge Celtic have announced the signing of Sope Awe after an impressive trial.

Stalybridge Celtic's history has been the subject of many debates for the greater part of the century. Although an outfit calling itself 'Celtic' appears in the archives for 1906, this side seemingly only played friendlies on a ground at North-End. This seed of a club was probably the basis for the club we know today, which was formed in 1909 by Herbert Rhodes, a local business man and philanthropist.

Celtic played for two seasons in the Lancashire & Cheshire Amateur League, before turning professional and joining the Lancashire Combination and became Second Division champion's at the first attempt. Due to some local bureaucracy, Celtic's ambition to join the Football League meant that they had to join the Southern League, and travel by train to every away match. Fortunately, finishing runners-up (to Stoke) meant promotion.

There followed a short pause most people know as the First World War. In the aftermath (1920-21 to be exact) Celtic re-joined the Central League. At the end of the 1921 season, Celtic became one of the founder members of the Third Division (North).

Our first game in the Third Division was against Chesterfield, a home game that we won 6-0. However, winning this league was to prove too difficult, finishing 7th and 11th in the first two years. Lacking the support of local people, the funds were not available to press for a third campaign, forcing Celtic to voluntarily resign from the Football League. Celtic re-joined the Cheshire County League (replacing the reserve squad) and stayed there for sixty years until the formation of the Bass NW Counties League. Peter Wragg took the helm and steered Celtic to Championship victory in 1980, eventually winning the Bass NW Championship in 1984 and 1987, and runners-up in the NPL First division. During this time of league progress, there was a lot of work at Bower Fold, culminating in the ground gaining League grading.

During this time, a new stand was built, upping the seated capacity to over 1,200. With the formation of the Conference North in 2004/05, Celtic had to finish 2003/04 in 13th or higher - we only just did it. A sensational win at champions Hucknall Town saw us finish 13th. Our first season in the Conference North was almost our last, and with half the season gone, Miller was sacked and replaced by John Reed. John pulled off the great escape, clawing back an 18 point deficit to finish a place above the relegation zone, following it up by missing out on the play-offs on the last day of the 2005/06 season. A poor couple of seasons saw John Reed replaced with Steve Burr, who took Celtic to the play-off final at his first attempt in the 2007/08 season, losing by one goal to Barrow. Steve Burr's second season saw him come within a whisker of the play offs, and after a storming start to his third season in charge, he left to join Kidderminster in the Conference National, and was replaced first by Benny Phillips and then by Jim Harvey. With the finances at Celtic unable to allow them to compete with the top finances sides in the division, Celtic took the brave option of going full time with a youth set up to allow them to compete in a different way. After a good first season, finishing 6th just outside the play-offs, Harvey's second full season was less successful, finishing midtable. A bad start to season ‘13/14 saw Harvey replaced by former player Keith Briggs.

Keith continued the full time experiment but resigned in December 2015 with Celtic looking doomed to relegation. Liam Watson came in and oversaw a turnaround in Celtic's form that saw them safe on the last day of the season with a thrilling 4-4 draw with Gainsborough Trinity. 2016 was to prove a disastrous season, Liam Watson was replaced by co-managers Steve Halford and Paul Phillips, but Celtic looked certain relegation candidates, so the club replaced them with Steve Burr who was unable to save Celtic from relegation, sending one of the last remaining founders of the Conference North into the Northern Premier League. 2017 was also a poor season, with Celtic finishing in the bottom four, though due to a league restructuring, with only one going down, Celtic remained in the division for the 2018 season.

2018/19 proved another difficult season with Celtic avoiding the drop by two points.

When the 2019/20 campaign was brought to an end due to the COVID-19 outbreak, Celtic sat comfortably mid-table in twelfth place. Last season Celtic managed just nine games before the campaign was once again lost to COVID.

Celtic have made numerous appearances in the FA Cup beyond the qualifying stages, starting in 1922, when we forced a replay from West Brom, at the Hawthorns. Since then, there have been 12 other appearances. We have even been to the Second Round twice: 1993, when Carlisle beat us 3-1 at Brunton Park, and again in 1999, when Chester got the rub of the referee and beat us 2-1 at home.
Our best FA Trophy performance was in 2000/01, when we lost to Stevenage Borough in the Quarter-Finals.