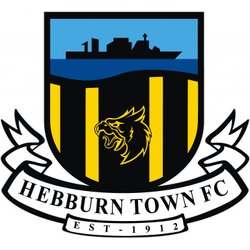 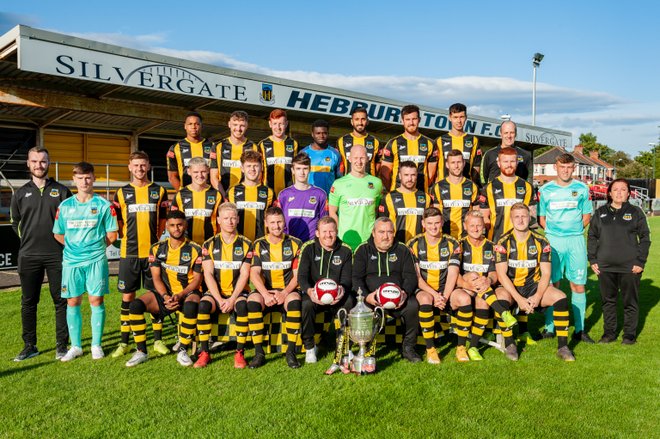 Hebburn Town has confirmed its retained list following the conclusion of the 2021/22 Pitching In Northern Premier League season.

Hebburn Town have announced the signing of Mark McLeod on a one-year deal.

Hebburn Town have announced the signing of Tom Devitt on a one-year contract.

Hebburn was very different back in 1912. The collieries that had changed it from a small agricultural hamlet to a cosmopolitan but pretty grimy industrial town were nearing peak employment of 1,864 men. The shipyards launched by Andrew Leslie were in full vigour. The town 11 years earlier had welcomed a diminutive Frenchman called Alphonse Reyrolle.

Reyrolle opened an engineering works, initially employing just 50 men, in the former dye factory next to St Aloysius's Church. At its peak, Reyrolle’s would employ 12,000 men from a wide range of backgrounds, religions and cultures, becoming familiar worldwide due to exporting to 70 countries.

The company also started a football team, encouraged by industrialist and mine owner Sir Ralph Carr-Ellison, another famous name in Hebburn history who provided the sports ground on which the team still play on. Football has played a major part in the life of the town - a cornerstone of its history. It helped the population forget the harshness of day-to-day life. When the last pit closed in 1931, it claimed the lives of almost 200 men and boys.

Of course, there'd been plenty of teams before 1912, most notably Hebburn Argyle - kicked off in 1882 by Father Toner, the priest of St Aloysius's. The town had so many Scots, they became known as the Tyneside Highlanders. Pre-World War One, derbies with Jarrow would attract crowds of 8,000. The Geordie town also had Shinty and Curling Clubs, and even an annual Highland games, organised by the Hebburn Celtic Society.

Alphonse Reyrolle had actively encouraged his workers to take part in sport, including barefoot football, and formed the Employees' Benevolent Association. The team formed in 1912, elected to the second division of the Jarrow and District Junior League, was suitably booted, however.

The club then had 28 seasons in the Wearside League, before winning the league in 1966 and Monkwearmouth Cup in 1968.

In 1988, following the demise of the iconic engineering company A. Reyrolle, the name was changed to Hebburn, and an application was made to join the Northern League - though it was before the days of automatic promotion and relegation, and there wasn't a vacancy. The ground was improved, and other clubs canvassed. The break, however, came when North Shields created a vacancy by deciding to play elsewhere. The team played its first Northern League game on August 19 1989, winning 2-1 at Shotton Comrades. They won promotion and the Durham Challenge Cup in 1992 but were relegated continuously for failing to meet ground criteria. Hebburn won the Craven Cup in 2000.

In 2011/12, Hebburn reached the FA Cup fourth round qualifying - facing Gateshead away, who were 125 league places above the club - and secured promotion to Northern League Division One, having finished third. The following campaign, The Hornets met their target of avoiding relegation, however the management team and squad moved to Jarrow Roofing in the summer.

In the 2017/18 season, a magnificent run from January to May that saw The Hornets lose just twice, claiming a second place position and promotion back to tier nine.

Having struggled financially the year before promotion with an average attendance of around 50 and having to launch a campaign to save the club, it looked like the tides had changed. Scott Oliver's side finished as runners-up in their return to Division One, with Michael Richardson notching 25 goals.
The club enjoyed a run in the Buildbase FA Vase, beating City of Liverpool 4-0 in front of 1,302 people. The fifth round would see the attendance record broken again as 1,310 packed The Green Energy Sports Ground, though the day finished in favour of West Auckland Town.

In May 2019, manager Scott Oliver stepped down. Kevin Bolam, who had become the club's reserve manager a year beforehand and guided them to the Wearside League title, took the reins.

Bolam and assistant Mick Mulhern enjoyed a strong debut campaign on South Tyneside, challenging near the top of the table before the COVID-19 outbreak meant the season was voided. They also reached the Buildbase FA Vase final, beating Corinthian in the semi-final on penalties, but would have to wait until May 3 2021 to grace the Wembley turf.

Again, the 2020/21 campaign was full of life for Hebburn Town prior to curtailment but having applied for promotion at the end of the season, they joined tier eight - the highest level in the club's history. Kevin Bolam's outfit also reached the Buildbase FA Vase quarter-final for a second time but lost 1-0 to eventual winners Warrington Rylands.

In the midst of all this, the 2020 Buildbase FA Vase final was still up for grabs. Consett were the opponents in a tense and historic battle, not least because it was behind-closed-doors. Current Hornet Ali Alshabeeb opened the scoring before an equaliser a minute later, and a similar scenario happened before the break with Michael Richardson. Hebburn-born Olly martin came off the bench to score the winner on 83 minutes, rounding off a special season in the North East.