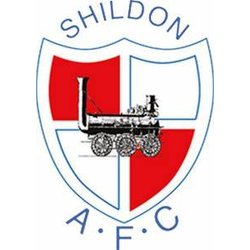 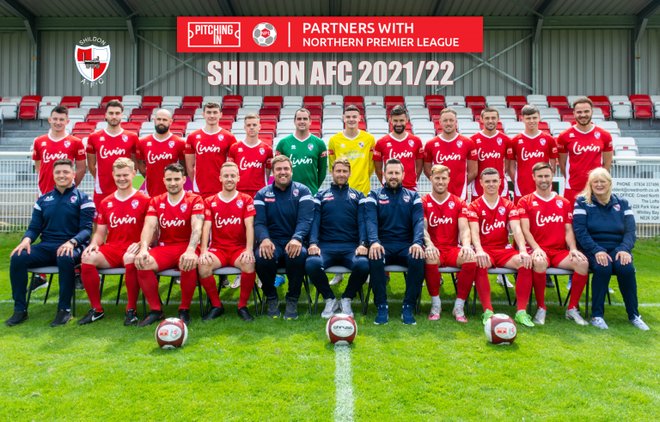 Formed in 1890 as Shildon Town, the Railwaymen joined the Auckland and District League two years later and in 1894 merged with the Rangers and Heroes to become Shildon United. In 1900, the club played in the new Northern League Division Two but folded that season due to financial problems – as did the Second Division.

A re-formed club joined the Northern League in 1903 to replace Stockton St John’s. In 1907, Shildon joined the semi-professional ranks of the North Eastern League, finishing second in season 1932/33.

Before WWII the club won four successive Northern League Division One titles; a record that stood until overhauled by Blyth in 1984. In 1937 the team was unbeaten on their march to the title with Jack Downing firing in a record 61 league and cup goals.

The Dean Street turnstiles and distinctive grandstand were erected in 1923. A £45,000 grant saw new dressing rooms and a social club built beneath the stand 60 years later.

Shildon won the Second Division championship in 2001/02, scoring 135 goals, and finished runners-up in two cup competitions. The following season they won the Northern League Challenge Cup with a 3-2 golden goal victory over Billingham Synthonia at Feethams.

Tragedy struck the club in February 2004 when 26-year-old player, Lee Hainsworth was killed in a road accident on his way to training. He had been with the club for six years. The Brown Street stand was renamed in his memory.

Bill Aisbitt, a lifelong stalwart at the club, died in June 2003 and the boardroom was named in his honour after over 50 years of loyal service.

But during the close season, the club appointed a new chairman, Brian Burn who ensured its survival. The club survived a relegation scare and since then has gone from strength to strength.

In 2012/13, the club reached two cup semi-finals. A depleted side lost in the Durham Challenge Cup to Spennymoor Town. The match brought an end to the playing career of midfielder Chris Hughes after he suffered a knee injury. And there was more heartbreak as the side narrowly missed a dream day out at Wembley after losing their two-legged FA Vase semi-final to a late extra-time goal in the second leg at home.

In season 2013/14, the management team further strengthened the playing squad, bringing in several experienced players in a determined move to bring silverware back to Dean Street for the first time. The investment paid off with the club narrowly missing out on the league title, remaining competitive until the final weeks of the season.

But the club was able to avenge the semi-final defeat of the previous season when they faced Spennymoor Town in the final of the Durham Challenge Cup. On a historic Good Friday, Shildon striker, Billy Greulich-Smith added a new chapter to the club’s history books with two late goals – the winner in added time at the end of the 90 minutes – to overcome their local rivals by two goals to one.

Following the sudden departure of the Management Team, Chairman David Dent appointed Daniel Moore in January 2017 and Moore guided us to 3rd position in the League and a Durham Challenge Cup Semi-Final.

The first piece of silverware came at the start of the 2018/19 season with a 4-1 Penalty victory against Dunston UTS. During this season, Daniel Moore guided us to another top 6 finish and the season finished as it started with silverware coming back to Dean Street after the Club defeated South Shields 1-0 in the final of the Durham Challenge Cup held at the Stadium of Light.

For the 2021/22 season, and after 2,896 games in the Northern League, the Club has been promoted to Step 4 of the Football Pyramid (Northern Premier League – East Division), the highest level the Club has ever played at.