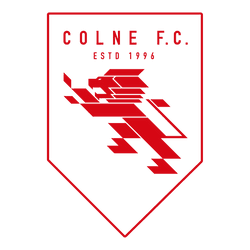 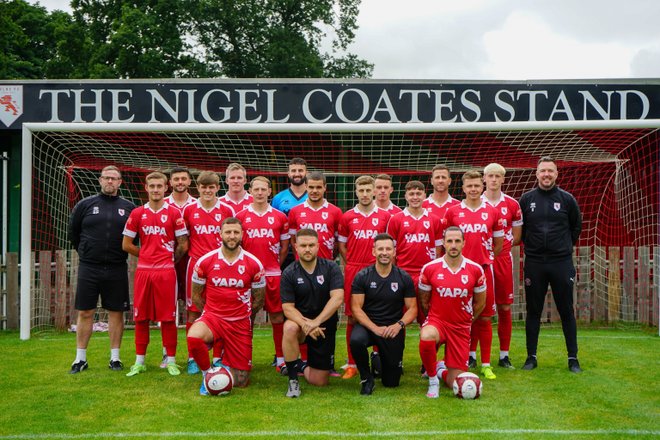 Colne have confirmed the signings of Matt Lawlor and Dean Ing.

Colne have confirmed the returns of Matty Morgan and Matthew Makinson.

Oli Roberts has been confirmed as Colne head coach Nathan Rooney’s second signing of the summer.

Colne F.C. were formed in January 1996, by a group of like-minded people under the wing of now Life President Dave Blacklock. The enthusiasts combined their strengths and knowledge of non-league football, and arrangements were made for a new club to use the vacant Holt House Stadium, once used by the Dynamo’s in the North West Counties Football League Division Two.

Colne FC’s first ever competitive game was on the 17th August 1996 against Middlewich and the result ended in a 1 – 0 defeat.

The team was then managed by Keith Mason, but after his resignation soon after, Denzel Hart was appointed to the hot seat. His first game was a 6 – 0 defeat away at Ashton Town, but just two games later Colne FC recorded their first ever victory thumping Bacup Borough 5 – 2. The highlight of the season, coming when the reserves won the BEP Cup at Clitheroe’s Shawbridge ground.

In the summer of 2002 James Webster took control of the club, to become the youngest chairman in the league at the age of 24. James was a player at the club with plenty of experience and along with his father who was vice-chairman, had a strong desire to see the current side emulate the success of its predecessors.

Webster responded immediately by appointing Nigel Coates as the new manager as well as player Gary Rishton as his No: 2. Nigel had played for the Dynamo’s, being in the FA Vase winning team and had experience of management at local rivals Nelson.

Season 2003/04 brought back the glory days to Colne with a string of successes. In the League Colne had to play catch up after a successful cup run but ended the season 10 points clear in Division two, scoring 102 goals in their 38 games. Colne completed the double by winning the Division Two Trophy 1 – 0 over Great Harwood.

The season was capped by an amazing run in the FA Vase for a North West Counties Football League Division Two club, they progressed all the way to the semi-finals, (via an incredible 1 – 2 away win at AFC Wimbledon) before being defeated over two legs 4 – 3 on aggregate to AFC Sudbury.

As the season progressed attendances started to rise as the local population realised we were no longer the whipping boys of the league, and the famous RED ARMY was formed.

In November 2013 Colne’s manager for the past 10 years Nigel Coates stepped down from the hot seat and former Colne player Steve Cunningham was appointed manager, with another former Colne favourite Ted Cockett as his No.2 and Coach.

Season 2015/16 proved to be the best ever in Colne FC twenty year history. The Reds battled for the NWCFL Premier title with Runcorn Linnets and Atherton Collieries with the Reds winning the title with an 81 minute goal at 1874 Northwich securing 100 points and 100 + goals upon the way. The Reds also reached the final of the League Cup before falling to Atherton.

2016/17 saw the Reds compete at level 4 for the first time in their history and finished a more than creditable 5th and the final play-off spot which the Reds lost in the semi- final to Farsley Celtic. The Colne fans earned many accolades throughout the season for their fine and vocal support of the team.

The 2017/18 A new Chairman Ryan Haigh was appointed in June 2017 and with the backing of Utility Renewals. The Reds again were competitive missing out on the final play off place on goal difference.

2018/19 saw a new era for the club with the formation of the NPL West Division. Again Colne suffered play off heartache losing to a last minute extra-time goal in the semi-final at Leek Town.

2019/20 saw the season null and voided due to the Covid epidemic with Colne in a mid-table position. At the end of the season long time manager Steve Cunningham stepped down and was replaced by Nathan Rooney.

2020/21 With a new manager and back room staff in place Colne were looking forward to being a challenger in a very strong league. Colne ended the curtailed season sitting in first place after nine games.

2021/22 This season is our 25th anniversary since the demise of Colne Dynamo’s and we have the challenge of a new league to play in with several new signings and Lee Pugh taking over as captain from long time servant Alex Coleman we look forward to continuing our good form from last season.