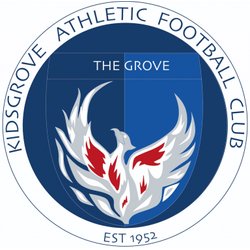 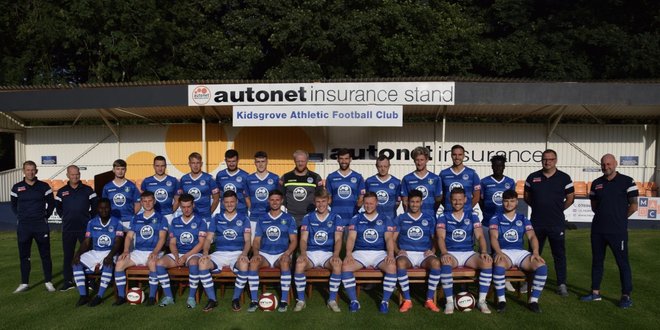 Kidsgrove Athletic assistant Anthony Buckle will step down at the end of the season after more than 30 years service.

Kidsgrove Athletic defender Declan O'Riordan has signed a contract with the club until the end of the 2022/23 season.

Athletic were formed in December 1952 after a meeting in the Blue Bell public house ten minutes’ walk from the present ground. It was formed as a breakaway club from Kidsgrove United when it was thought the club were bringing in too many ’outsiders’ from the potteries instead of local players. The main instigator, Ernie Langford, endured a sixty year tenure with the club as chairman then president and served many years on the Staffs FA until his passing a few years ago. The main stand is named after him.

After success in cup and league in the Burslem and Tunstall league the club joined the Staffordshire County league in 1963 where again they had success winning the league and Staffs Challenge cup. In search of more success the club joined the Mid Cheshire league, a move not entirely liked by the Staffs FA but eventually they did allow a Kidsgrove reserve side back into the County league.

The Eighties saw the club grow more and more and the clubhouse and ground started developing further and further with the aid of a strong committee, supporters, and local tradesmen. In 1986 the club applied for membership of the North West Counties League, but this was rejected twice until facilities were improved. The club were accepted in 1989, the same year they became the first team to win the Staffs FA Vase twice. Three years later Kidsgrove were promoted to the First Division after finishing tenth in the Second Division, the result of the league introducing strict ground criteria. Part of this was the installation of floodlights, (acquired free off the council from run down tennis courts at Chinky Park) and on the 29th October 1991 Lou Macari brought his Stoke City team to officially switch on the floodlights.

Within the next ten years the south and west stands were completed but the club struggled financially on and off the field but after the demise of Eastwood Hanley in 1997 the playing side were strengthened when their manager Jimmy Wallace took over.

The team of ‘97/98 had unparalleled success winning the league and challenge cup and narrowly missing out in an FA Vase final at Wembley losing 3-2 to Tiverton in the semi-final in front of Kidsgrove’s record crowd of 1,903.

Promotion to the NPL was not forthcoming because of facilities but in 2002 after winning the league promotion was gained. The team struggled on and off the field and two years later they faced relegation for the first time in their history after finishing bottom of the league. The restructuring of the league however saved this from happening and to celebrate the club won the Staffs Senior cup for the first time beating Stafford Rangers 1-0 at the Britannia Stadium, a feat they have won four times since. The club have only picked up one piece of silverware in the league winning the Chairman’s Cup 7-6 on aggregate against Woodley Sports and reached the play-offs once, losing 1-0 to Glapwell in 2010.

Struggles have ensued and re-election twice saved relegation and despite reaching the FA Trophy quarter-finals losing 2-0 to Ilkeston, and the FA Cup 4th qualifying round losing 2-0 to Bradford PA, Kidsgrove have had to settle for Fair Play Awards.

The club reached the FA Cup 4th qualifier again in 2018 and faced the long journey to Conference side Hartlepool United and were unlucky in losing 1-0.

In 2019/20 the club did well on the pitch at first before going out in the third qualifier of the FA Cup 1-0 to Gateshead. The Grove slipped slightly in the league though were still in with a chance of the play-offs before the season was halted. 2020/21 was also lost to Covid, with only seven games played.

With plans approved for new floodlights, clubhouse, and other facilities, the club and supporters remain very optimistic about the future on and off the field.