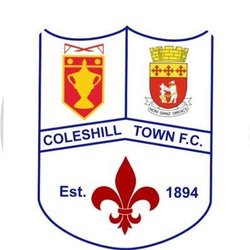 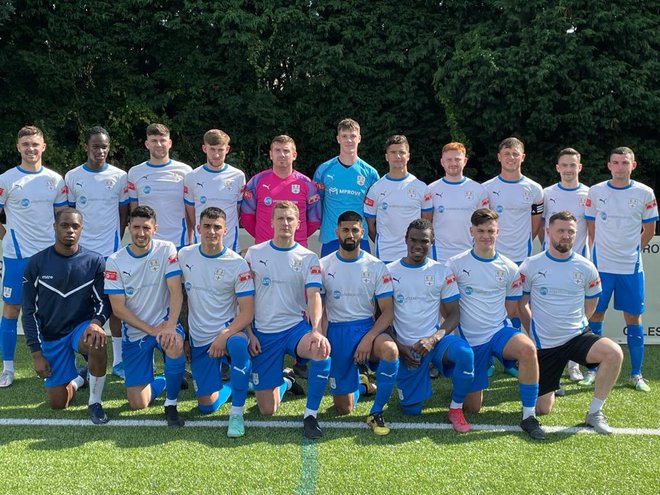 Coleshill Town was founded in 1894 making them one of the oldest clubs in non-league football and the oldest in Warwickshire.

Until 1964 Coleshill played mostly in junior leagues, but then local rivals Coleshill Hall Hospital F.C. folded and the cream of their players joined Town. As the standard improved, Coleshill joined the Mercian League and then the Combination in 1968 winning Division Two in 1969/70, and the Combination Cup in 1970.

Playing at the Memorial Park, the club needed its own ground to get promotion and in 1974 they moved to their present site Pack Meadow, mainly due to the determination and dedication of Percy Hastings.

Promotion to the topflight of the Combination soon followed in 1975 and there they stayed, apart from one season in Division 1, for more than thirty years. Coleshill’s greatest achievements during that time saw them as M.F.C. Premiership runners up in 1983/84 and winning the Walsall Senior Cup in 1983. Other highlights included a run in the Birmingham Senior Cup in 1988/89 beating Birmingham City then holding Wolverhampton Wanderers to a draw. The replay at Molineux was against the Wolves first team including the outstanding young strikers Steve Bull and Andy Mutch.

The Colemen more than matched their Black Country opponents for over an hour. Although Town tired and conceded late goals they prevented Steve Bull from scoring, something that the Scottish International team failed to achieve at Hampden Park a few weeks later.

Old Boys include Danny Hagen, the former Irish International who played in the U.E.F.A. Cup Final for Wolves in 1972, but our greatest son is without doubt Gary Shaw who was picked up by Villa whilst playing for Coleshill as a sixteen-year-old.

In more recent times the club enjoyed the 1997/98 season under Martin Socket who led the side to the top of the Premiership before leaving to join Dr Martin’s VS Rugby.

A succession of managers have come and gone, usually taking all the players with them. Mick Beadle steadily improved the side in the four years he was with the club, but former Kettering player and Bedworth Ass Manager, Carl Adams was appointed manager in September 2008, and he led Coleshill to the Midland Combination Premiership Championship for the first time in the club’s history, clawing back a 22-point deficit and beating Highgate United to the title on goal difference, on the last day of the season.

Fifteen games into the new season Carl Adams stood down quoting family and work commitments the reason for his departure. Neil Kitching and Martin Socket were quickly installed as a joint management with the Reserve team that season winning the Challenge Bowl.

In October 2005 Coleshill were awarded Adult Standard Charter status by the football Association and in 2012 awarded Junior Standard Chartered Status and maintain those standards today.

In 2012/13 the club had three managers with Paul Casey being appointed mid way through the season with the thankless task of saving the club from relegation with two games to go this task was achieved. The U18s finished a credible third in the floodlight league and were finalists in the Birmingham Youth Cup.

2013/14 was a record-breaking season, finishing fourth in the Midland Football alliance the highest ever position in the club’s history breaking all previous win, goal scored etc stats and he took the team to the fourth round of the FA Vase narrowly missing out on victory in the North East at Dunston.

2014/15 was yet again a record-breaking season, finishing second in the newly formed Midland Football League breaking the 2013/14 season records for the highest ever position in the club’s history breaking all previous win, goal scored etc. stats and he took the team to the semi-final of the Birmingham Senior cup missing out on a place in the final taking Birmingham City all the way to penalties.

2015/16 proved a little more difficult, with a new state of the art 3G pitch not completed until October, the first two months of the season the Coleman spent their time playing all game’s away from home. However, the team finished in 5th reaching the fourth round of the FA Vase and the third qualifying round in the FA Cup.

2016/17 the development of players from feeder teams worked well with the first half of the season under Paul Casey consolidated performances in the league, Paul left before the Christmas period with assistant manager Simon Lyons taking over the manager’s role. Under Simon he further consolidated performances narrowly missing out on promotion finishing in second place and reaching the semi final of the FA Vase losing the aggregate tie over two legs to the eventual winners South Shields. The first home leg tie saw a record crowd of 3,465 at the Pack Meadow.

In 2017/18 ex-Aston Villa player Cameron Stuart took over the reins along with his challenge to bring promotion to club, this he achieved along with an appearance at Walsall FC in the Midland Football League, League Cup final.

The club has enjoyed three seasons in the Southern League playing at Step 4 finishing in ninth position the first season 2018/19 season, with of course our second and third season being disrupted by Covid -19.

2021/22 the club has been moved by the FA to the Northern Premier League Midlands Division with our manager Cameron having high expectations for the season and to create the basis of moving higher in the non-league pyramid system.

In total at senior level and junior team status, we have a number of teams all supported by a professional and dedicated board of directors and volunteers who believe in developing and offering the ability for all to play the wonderful game at Coleshill Town Football Club.