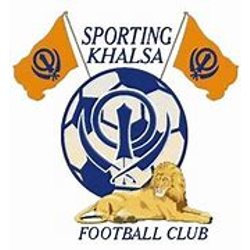 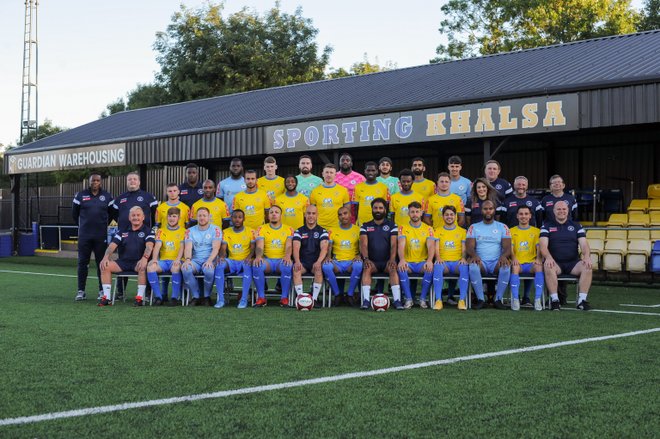 The club was established in 1991. Over the years the club has always played senior football in the local Walsall & District Sunday leagues. For two seasons between 1995 and 1997 the club played Saturday football at a semi-professional level. It has enjoyed modest success throughout.

From 1991 to 1997 it used to have a small number of youth sides and gained considerable success within the season 1995/96 by winning the Birmingham boys Under 16 league. Due to lack of resources, both financial and manpower, it reluctantly abandoned the youth policy.

2005 became a year to remember, as the club became the first Asian semi-professional football club in the country to own its own ground. The decision to purchase the Abbey Park Stadium (formerly home to Bloxwich Town) was taken by the club as it needed a permanent base from which to build upon its successes and built a centre for footballing excellence. Walsall Football Club played a friendly to mark the official opening of the new ground.

A ladies team was introduced in 2006 that played in the South Staffordshire League. In 2007 the club played in the FA Vase for its first time and lost in the First Qualifying Round and also introduced a veterans over 35s side in the Central Warwickshire Over 35s League.

After five years at Abbey Park ground, Sporting Khalsa announced in May 2010 that they would be purchasing the five acre freehold grounds of Willenhall Town FC from the Receivers. After extensive work on the pitch and social facilities with the total outlay of over half million pounds the stadium was finished on the eve of the 2010/11 season.

In its first season at their new Aspray Arena home the club gained promotion to the Premier Division of the West Midlands Regional League.

2012/13 the club played in the FA Cup for its first time in its history and progressed to the First Qualifying round. Our Sunday team won the Warley Sunday Premier League and also progressed to the 4th round of the FA National Cup. The following season the first team finished 6th in league and were runners up in J W Hunt Charity Cup at the Molineux Stadium.

At the start of 2014/15 season we appointed our current manager Ian Rowe who promotion to Step 5 Midland Football League by winning the West Midlands Regional Premier League's in its 125th Anniversary year, with a record points total, on top of this they were crowned winners of the Staffs FA Vase too.

2015/16 season was our first season for the club at Step 5 saw us finish a credible third in the league. On top of this the club cemented it's place amongst the non-league fraternity with a memorable FA Cup run, missing out to another non league giant FC United of Manchester for a place in the First Round Proper. The final game of the season saw us list the JW Hunt Cup in its 90th year at Molineux. The season also saw the introduction of our Ladies and Girls teams with the Ladies list team playing the National Women’s League.

2016/17 season saw us reach the Quarter-Finals of the FA Vase losing narrowly to Coleshill Town and also finish third in the League. The next season we finished fifth in the league.

Season 2018/19 saw the opening of the 3G stadia pitch with a total investment of £1 million which also included a new 300 seater stand and new changing rooms. Again we finished a creditable third in the league and won the J W Hunt Cup for the second time this time the final was against Highgate United and again was played at Molineux.

Both the 2019/20 and 2020/21 never were completed due to the Covid-19 pandemic. 2019/20 season we were second in the league when the season were curtained in March 2020 and also reached the FA Vase quarter final. 2020/21 season we were first in the league when the season was curtained in December 2020. Due to the re-structure of the National League at Steps 3-6 we gained promotion for the first time in our history to Pitching In Northern Premier League Midland Division (Step 4) on PPG over the two seasons, finishing top of the Midland League.