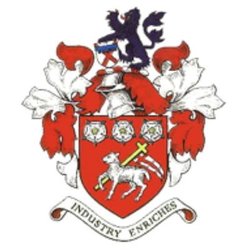 Newly-promoted Liversedge have bolstered their options in the middle of the park with the signing of James Hurtley.

Versatile defender/midfielder Adam Porritt has joined Pontefract Collieries on the eve of the new season.

Liversedge have brought in defender Matt Dempsey and midfielder George Proctor ahead of the new season.

Liversedge Football Club was founded in 1910 following the demise of the old Liversedge Rugby Club. Liversedge FC started in the Bradford League for three years and won it in the 1920/21 season.

The long association with the County Amateur League was maintained until the early 1970s by which time the club had won it once more in 1968/69. The decision was taken to apply for membership of the Yorkshire League and the club’s acceptance for season 1972/73 was followed by immediate promotion from Division Three.

Whilst not winning trophies this time, success did come the club’s way as promotion to Yorkshire League Division One was achieved prior to the amalgamation of the Midland and Yorkshire League to form the Northern Counties East League in 1982. The early years in the new set-up saw Liversedge struggle both on and off the pitch but good strides were made in the late 1980s.

After finishing as runners up in NCEL Division 2 in 1988/89, they were promoted to NCEL Division One but a lack of floodlights the following season saw them miss out on promotion to the Premier Division, after again finishing runners-up in Division One.

A great club effort the following season by players, officials and supporters alike saw them promoted to the Premier Division after finishing third. The disappointment of missing out the previous season had been tempered by the winning of the West Riding County Cup for the first time in the club’s history.

Life in the top flight brought fluctuating fortunes but Liversedge are still proud of their record of never ever being relegated despite flirting with it a couple of times. Sedge started to find stability and achieved sixth placed finishes in 1999/2000 and 2004/05.

The high point of the 2004/05 season was undoubtedly a fine FA Cup run to the Fourth Qualifying Round, beating three higher-ranked opponents along the way, losing out to Coalville in the replay.

The 2005/06 season saw a new look to Sedge’s ground, as the famous Clayborn slope was removed. The club’s epic FA Cup run had enabled the club to finance, with the help of The FA, the levelling of the playing area, a fitting reminder of their FA Cup exploits.

Success also came on the field in 2005/06 by way of winning the NCEL League Cup for the first time and Sedge’s highest ever placing of runners-up in the Premier Division behind Buxton. Unfortunately Sedge were not granted promotion as the changing rooms were not to satisfactory size for the next step.

After two highly successful seasons, 2006/07 was one of instability with an indifferent start leading to manager changes as the club continued to push towards the Unibond NPL League. In June 2007, Steve Newton was appointed to spearhead that push and with help of a new committee, strengthened by our junior club colleagues, now putting together plans and resources for a new clubhouse which was to be built in phases, and a high team spirt all around Clayborn, 2007/08 saw Liversedge win the NCEL Presidents Cup.

Liversedge returned to stable, and sometimes struggling, in the NCEL over the following few years with managers coming and going after some flirting with relegation. At the end of the 2014/15 season Jonathan Rimmington stepped up to the hot seat from the U19s and successfully kept the club in the NCEL Premier Division.

Pre-season 2019/20 saw lots of off field progression with new changing rooms and extensions to club and tea bar and new faces football wise. These developments showed an ambitious new vision for the club’s future. On the field Liversedge were well on course for possible promotion to the Northern Premier League with two games in hand and in 2nd position. Covid-19 struck, and the rest of the season’s games were cancelled with the season decided void by the FA.

The 2020/21 season was again curtailed early due to an escalating Covid situation with Sedge well on course again for promotion and achieving their best ever FA Vase run to the Fourth Round. This time the FA came to the solution to make sure the good work of ambitious clubs did not go to waste and award promotion on a points per game basis based on the previous two curtailed seasons.

Sedge hit the ground running in their first ever Northern Premier League season, winning the league following a tight title battle with Marske United, losing one league game all season, and gaining promotion to the NPL Premier Division at Step 3. Jonathan Rimmington’s side made it a league and cup ‘double’ with a 3-1 West Riding County Cup Final win against local rivals Brighouse Town. The 2021/22 season will be remembered as the club’s best ever so far, with records broken on and off the field.