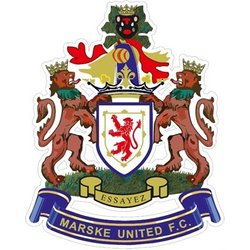 Marske United wing-back Connor Smith has agreed to stay at the club for the 2022/23 campaign, subject to FA and league approval.

Marske United have confirmed the arrival of striker Connor Simpson, subject to international clearance and FA approval, and the return of midfielder Josh Macdonald.

The club was established in 1956 by members of Marske Cricket Club and initially played in the Cleveland League and then the South Bank League before moving up to the Teesside League in 1976. The Seasiders won both the Teesside League and the North Riding County Cup in 1980–81 and were league champions again in 1984–85, after which the club moved up to the Wearside League. The following season saw the club win the North Riding County Cup for a second time.

Marske were runners-up in the Wearside League in 1993–94 and 1994–95, a season that also saw them win the North Riding Senior Cup and the League Cup. They went on to win the Wearside League title in 1995–96, as well as retaining the League Cup. After finishing as runners-up again in 1996–97, the club were promoted to Division Two of the Northern League.

In their first season in Division Two they finished third and were promoted to Division One. The club were relegated back to Division Two at the end of the 2003–04 season but were promoted to Division One in 2010–11 after finishing third. They won the League Cup in 2013–14 beating Whitley Bay 2-1 after extra-time in a game played at St James’ Park to celebrate 125 years of the Northern League and were Northern League champions the following season though promotion wasn’t taken as the club had not applied. Division One runners-up in 2015–16, in 2017–18 they reached the Semi-Finals of the FA Vase for the first time in their history, losing 3–2 on aggregate to Stockton Town. The 2017–18 season saw Marske win the Division One title again, earning promotion to Division One East of the Northern Premier League and to Step 4 of the Non-League System for the first time in their history. Their first season at a higher level saw the club consolidate, finishing in 10th place as well as reaching the Quarter-Finals of the Integro League Cup, where they lost on penalties to Buxton. They also reached the Final of the North Riding Senior Cup, where they lost on penalties to fellow Northern Premier League team Scarborough Athletic, following a 2-2 draw after 90 minutes. When the 2019-20 was curtailed, Marske were sitting in 5th place, their highest ever placing within the Non-League System, and looked set for the play-offs. Season 2020-21 was yet another truncated season, but it wasn’t without success for the club on the Cup front. In August 2020, Marske won the North Riding Senior Cup for only the second time in their history, beating Thornaby 6-0 in the Final. In the FA Cup, Marske reached the Fourth Qualifying Round for the second time in their history, eventually losing to Brackley Town 5-1. In the process of reaching the final qualifying round, the Seasiders kept five clean sheets in a row. In the FA Trophy, Marske beat NPL Premier Division sides FC United of Manchester and Warrington Town, before losing to Spennymoor Town, a run that equalled their best ever performance in the competition.

Season 2021-22 saw the club reach the Northern Premier League East Division play-offs where they met Shildon in the Semi-Final, winning 2-1 after extra-time with Adam Boyes and Jason Kennedy grabbing the goals. The Final saw another former Northern League team, Stockton Town, visit Mount Pleasant. In a tight game Marske won the game 2-1 thanks to wonder goals from Connor Smith and Craig Gott in front of a crowd of 1,500 and were promoted to Step 3 of the Non-League System for the first time in their history. In addition, Marske reached the Fourth Qualifying Round of the FA Cup for the second consecutive season, losing a replay narrowly 3-2 against Conference North side Gateshead. The highlight of previous rounds saw Marske beat Conference North side Chester 4-0 in a replay at the Deva Stadium. Marske’s run in the FA Cup saw striker Adam Boyes notch a total of 11 goals, thus winning the Emirates FA Cup Golden Ball to celebrate the competition’s 150th season.