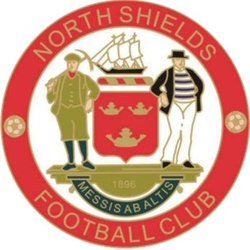 North Shields Athletic was originally formed in 1896 and played initially in the South Shields & District league. They progressed through the Northern Combination, Northern Alliance and North Eastern League and became a major force in North East Football, outside the Football League, moving to play at Hawkey’s Lane around 1900. They originally joined the Northern Alliance, before switching to the North Eastern League in 1908.

The club emerged as Preston Colliery F.C. after the Great War, reverting to North Shields A.F.C. in 1928. They enjoyed tremendous local support with a record 12,800 watching the local derby with South Shields in October 1936. Shields won the North Eastern League title in 1950, before the league folded in 1958. Spells in the Midland League and Northern Counties league followed before the club joined the Northern league in the 1964-65 season, finishing third at their first attempt.

The Robins moment of crowning glory came in 1969, when they won the FA Amateur Cup by beating Sutton United in front of 47,000 spectators at Wembley Stadium. Shields were a goal down after only four minutes but won with second half strikes from Richie Hall and Brian Joicey – both laid on by Orrick, a shipyard worker from Byker. The club, which also won the Northern League title and Challenge Cup that same year, were declared joint holders of the European Amateur Cup the following season when two games against Italian Side Almas resulted in a level aggregate score.

In 1982, the Robins won 1-0 at Halifax Town in the FA Cup First Round, Bede McCaffrey scoring the all-important goal that year. Walsall were the visitors to Appleby Park in the second round, for only the second time in the club’s history and left with a 3-0 victory.

Having moved into the national pyramid by joining the NCEL in 1989, North Shields earned promotion to the Northern Premier League by winning the title in 1992. However, financial problems arose, which meant Appleby Park had to be sold to and lead to the club folding. However, they almost instantly reformed as a new club, thanks to the efforts of local people and many of the current committee.

The club, headed by new chairman Richard Slade, sought and gained immediate admission to the Second Division of the Wearside League. They were promoted to the top flight as runners-up in their first season, briefly reverting back to North Shields Athletic for four seasons. They enjoyed success in local cup competitions, too, the Shipowners Cup and NFA Senior Bowl added to that title in the 1998-99 treble-winning season.

In 1999, the club moved to Ralph Gardner Park, now known as the Daren Persson Stadium, and began to develop the ground to meet the Northern League standards. Once again known as North Shields FC, the club began to kick on, league runners-up in 2000-01 and winners by eight points the following season. They also continued to collect silverware elsewhere, winning the Monkwearmouth Charity Cup in 2001 and again in 2003. After a fifteen-year absence, the Robins gained promotion back into the Northern League in 2004 following their third Wearside League title and a further Shipowners Cup triumph.

“The Robins” finally gained promotion back into the Northern League in 2004 and were promoted to Division 1 in 2014 under the guidance of Graham Fenton.

The club won the FA Vase Final in 2015 as the attacking and never-say-die team assembled beat Glossop North End at Wembley 2-1 after extra time after falling behind early in the second half. Bainbridge’s header evened things up and Adam Forster wrote himself into the clubs history with the winner. The team was once more the pride of the town and didn’t the supporters love it!

The following season 2015-6 Shields finished fifth in the league whilst lifting the Northumberland Senior Cup beating Blyth Spartans 4-3 in a thrilling Final at St James Park.

Shields moved to appoint Assistant Manager, Brian Smith as the new Manager, with Gary Ormston stepping up as Assistant and Andy Gowans joining the coaching set up alongside Wilf Keilty. Brian Smith left the club in February 2018 to be replaced by ex-Whitley Bay boss Marc Nash.

Nash brought with him Anthony Woodhouse who was welcomed back to his old stamping ground as assistant. The duo marked their debut in charge with a sensational 6-5 victory over Jarrow Roofing after the Robins were trailing 5-2 late in the game. With Steve Swinyard coming in as coach the new management team guided the club to a final 8th position as the season closed.

The campaign of 2019-20 before halted due to the Covid-19 pandemic, the side saw an impressive 4th placed finish with games in hand on the teams above. The team scored 56 goals only conceding 37.

The following season (‘20-21) was another curtailed with the Shieldsmen again in a strong 4th position with 26 points from 11 games having lost only once as well as enjoying a decent FA Vase run including a penalty shoot-out success at Bridlington Town.

Ultimately three clubs were promoted that year on a points per game basis combined over two seasons - the Robins missing out by the narrowest of margins.

However Marc Nash’s men were to make no mistake in an unforgettable 2021-22 campaign cruising to the Northern League First Division title by 9 points - their first such triumph since 1969.

The management team challenged the players to respond after the disappointment of a Quarter-Final loss in the Vase after a marathon eight match adventure featuring three penalty shoot-out victories.

The Robins’ clinched the Championship and promotion to the Northern Premier League East with a 3-1 triumph at Whitley Bay sparking emotional celebrations.

Shields won 25 and drew 9 of their 38 games - overcoming an 11 point deficit behind Consett at one stage and having to play their last six matches all away.

Centre forward Dan Wilson ended the season as the League’s joint top scorer with 29 goals plus 11 in cup ties.

“There’s so much pride in what we have achieved as a club” Manager Marc Nash.