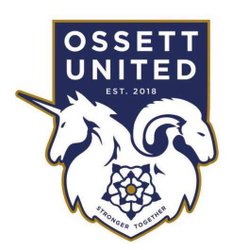 Ossett United have announced the signing of Joe Stacey from Belper Town.

The two clubs merged under the leadership of a new board brought together from the two previous clubs. The founding directors were John Chidlaw (OA), James Rogers (OT), Emma Chidlaw (OA), Dawn Rogers (OT), Lee Summerscales (OA) and Lee Broadbent (OT) forming the new Board with support from Phil Smith as CEO. John Chidlaw took on the role of Chairman for the first season. The Club made its new home Ingfield, the previous home of Ossett Town, and used Dimple Wells, the previous home of Ossett Albion, as its Ladies and Academy Team base.

On the pitch, the first year (2018/19) was a remarkable success with attendances significantly increased from what either club had experienced previously, coupled with success on the pitch reaching the Play-off Semi-Final and winning the West Riding County Cup, under the guidance of manager Andy Welsh. Off the pitch things were not as successful with a number of resignations and board changes and some challenging financial issues to deal with following the merger. By the end of the 2018/19 season, Phil Smith had taken on the mantle of Club Chairman following a number of board changes.

Wayne Benn took up the managerial reigns in late 2019 following a poor start to the 2019/20 season, however, that season was ended abruptly in March 2020 with the onset of a global pandemic known as Covid 19. The season was null and voided. Off the pitch there were more troubles for Ossett United in November 2019 as a significant and unprecedented court case, dating back to a tackle in 2015 when Ossett Town were playing Radcliffe Borough, was lost with United facing legal and damages costs amounting to £135,000. Fortunately, the club received a generous loan from two of its closest supporters to avoid the club going into liquidation (at worst) or selling the Ingfield ground (at best).

The start of the 2020/21 season started late due to the ongoing pandemic and virtually finished as soon as it had started with only eight league games having been played by United. This time the season was curtailed rather than null and voided and meant a second season had gone unfinished. Off the pitch Rogers and Smith swapped roles due to Smith's work commitments and Rogers took on the role as Chairman, a role he had previously held at Ossett Town. 2020 also saw the club declare Dimple Wells as surplus to requirements and made arrangements to surrender the lease making Ingfield the single home of the united club.

Last season saw many changes at Ossett United both on and off the field. After a strong start to the Pitching In NPL East season a run of only one win in three months saw Wayne Benn and Andy Hayward leave the club in December. Jas Colliver and Mark Ward were appointed to re-ignite the season and strengthen the squad which they did from day one. The duo saw the club go unbeaten at home with seven wins and draws however the away form continued to be inconsistent. Off the field new dugouts were installed before the erection of a new pitch side barrier followed by the upgrading of the floodlights to LED to bring the facilities to a high standard.

Colliver and Ward have spent the close season working hard to retain players from the squad as well as bringing in re-enforcements to strengthen the squad further as the club looks to improve upon the ninth placed finished in ‘21/22.