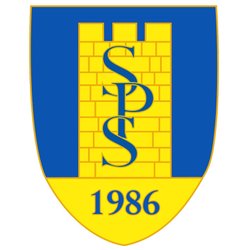 Stocksbridge Park Steels was created in 1986 with the merger of Stocksbridge Works FC and another Stocksbridge Club Oxley Park Sports FC. Stocksbridge Works had the ground and only one team and Oxley Park had three teams and no ground. In the early years 1986 to 1991 the new Club ploughed all its resources into the Bracken Moor Stadium so as to meet ground grading criteria and enable the Club to rise through the non-league pyramid system.

There was an opening of a social club, refurbishment to the dressing rooms, erection of floodlights, the building of new stand and extension to the social club new canteen area, making the ground the best junior stadium in South Yorkshire, which currently hosts 8 to 9 Sheffield and Hallamshire County FA Finals. The appointment of Mick Horne and Trevor Gough as Team Manager and Assistant in February 1991 heralded a period of success to rival the works in the 1950 to 1964 period. Under Mick and Trevor, Steels started their run to the Northern Premier League (NPL). 1993/94 saw Steels win the Premier Division of the NCEL, but Steels celebrations were cut short when the ground improvements necessitated were not at an advanced enough state to allow Steels to take place in the NPL. The following season Steels finished in third place and in 1995/96 they were runners-up to Hatfield Main and gained promotion to the Unibond NPL First Division. Steels made steady progress in the first five seasons in the league, with the highest placed position of fourth achieved in 2000/01.

In 2002 Wayne Biggins was subsequently appointed Player/Manager after a short spell as Assistant Manager, with Graham Furness as Assistant. In the 2002/03 season, Paul Jackson, equalled an FA Cup record of ten goals in one game, during the Steels 17-1 thrashing of Oldham Town. Steels had their best FA Cup run in the 2003/04 season reaching the Fourth Qualifying Round eventually losing away at Shildon in November 2003 Peter Rinkcavage was appointed as Manager from Gainsborough Trinity with Paul Bradshaw as Assistant with Jason Maybury, taking over from Bradshaw in 2004. A good season followed in 2005/06 with the Steels, just missing out on promotion after losing to Kendal in the Play-offs. In the 2006/07 season Steels missed out on a Play-off position after being in the top three in 90% of the season. But the team finished the season on a high note beating local rivals Worksop Town in the Sheffield Senior Cup Final at Hillsborough. This was to be the last game, with Peter Rinkcavage in charge. He along with assistant Jason Maybury, left to join Worksop Town in the summer of 2007. Gary Marrow, along with his assistant Mark Ogley was appointed manager before the start of the 2007/08 season, with former player Gary Ingham taking over from Ogley midway through the season. In his first season at the club, Marrow steered them to a credible fifth place losing to local rivals Sheffield FC in the Play-off Semi-Final.

Steels was awarded the prestigious top FA Charter Standard Community Club Award and representatives from most of the Clubs 22 squads were at the Presentation on August 6th when Sheffield United player Geoff Horsfield and Blades Legend Keith Edwards handed over the FA plaque. At the moment the club has 420 players either playing in a squad or being coached on a regular basis. Stocksbridge Park Steels is now acknowledged to be the top ‘grass roots’ Community Club in South Yorkshire. 2008/09 was a fabulous season for Gary Marrow’s team, having finished third in Unibond NPL League Division 1 South they won the Play-off final against Derbyshire rivals Belper Town 1-0 and were promoted to the Unibond NPL Premier League for the first time in the club’s history.

Steels supporters were in for a roller coaster debut season in the Premier division, ten games into the season while his team were top of the league, manager Gary Marrow resigned. Former Steels player Simon Collins took over but unfortunately his tenure didn’t last long. Reserve manager Steve Shutt took over and guided Steels to an excellent eleventh place. The 2010/11 season started with the return of Gary Marrow as manager.

Gary Marrow resigned just before Christmas during the 2011/12 season and was replaced with Chris Willcock, Darren Schofield was appointed his assistant. Willcock guided the Steels to safety that season with a little help from Mickleover Sports who were docked points for playing an ineligible player. Willcock’s second season in charge didn’t start well and he was replaced by his assistant Darren Schofield who brought in the experienced defender Brett Lovell as his number two. Once again Stocksbridge managed to avoid relegation but again it went down to the wire.

The 2013/14 season started on a high with an exciting victory over Droylsden but from then on the Steels struggled, spending most of the season in the relegation zone. The club and long serving Player/Manager Darren Schofield parted company at the end of the season. Former Worsborough Bridge manager Chris Hilton was appointed the new boss for the 2014/15 season. Chris immediately brought in the former Emley midfielder Mark ‘Willy’ Wilson as his assistant and experienced former Barnsley defender Ryan Laight as player coach. 2015/16 was a successful season for Stocksbridge having their best ever run in the FA Trophy eventually losing out to National side Gateshead, this was after they had beaten the holders North Ferriby in the previous round. Steels finished the league in sixth place just a couple of points behind the Play-off positions and manager Chris Hilton was rewarded with a contract for the next two years.

2016/17 saw The Steels finish fourth in the league, along with another good run in the FA Trophy. Unfortunately Stocksbridge were beaten in the Play-off Semi-Final losing to Spalding United. The 2018/19 season started with manager Chris Hilton signing a contract to stay with the club, but big changes were just about to happen when Allen Bethell who had been the chairman since the clubs formation in 1986 announced he was going to retire due to health reasons. Graham Furniss who had been at the club for over 20 years in different roles including assistant manager, stepped up to the chairman’s job with Roger Gissing becoming the vice-chairman. Steels were in Play-off contention till COVID put breaks on the season. However Hilton and assistant Lee Thompson did great hob for club keeping the team together throughout the entire lockdown but when the football started again for the 2021/22 season, it wasn’t to be and after another early FA Cup exit Chris Hilton brought an end to his eight years at the club as he resigned as manager. Lee Thompson steadied the ship as caretaker for three games securing back to back wins.

The club then in September announced the appointment of former player Ian Richards as their new manager, he has been in charge for 12 years at local rivals Penistone Church taking them from local football to the NCEL in a period of massive success for the club. Ian brought back club legend Andy Ring as his assistant and has a three-year plan to bring silverware and promotion back to the NPL.