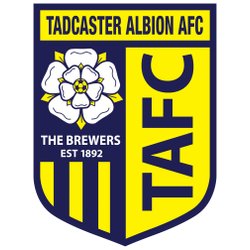 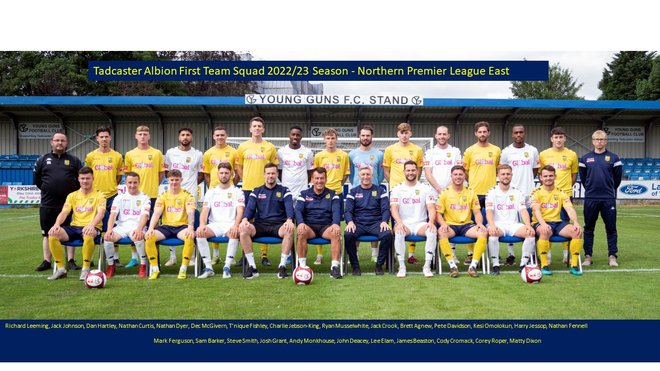 Tadcaster Albion have announced the signing of defender James Beaston.

Tadcaster Albion have announced the signings of four players ahead of the 2022/23 NPL season.

The club is believed to have been formed in 1892 as John Smith’s FC. It wasn’t until 1923 that the Tadcaster Albion AFC name was adopted. In the early years the club played in the local York League. Which they won in 1948 . They continued competing in the York League during the 1950s and 1960s.

In 1982/83 they became a founding member of the Northern Counties East League, originally in the NCEL Division Two North before league reorganisations led them to Division One in 1991. They rarely finish in the top half of the league in the 1990s and finished bottom in 2001/02 and 2003/04.

At the start of 2004/05, Jim Collis became manager and at this point fortunes on the pitch started to improve dramatically. In his first season, Albion finished fifth in the league, the following year a third place finish meant promotion was missed by one point.

In 2014/2015 the Brewers lead the NCEL Premier for most of the season, but a poor run of games in March led to them finally finishing in third. An excellent run in the FA Vase saw them make history by making it through to the Quarter-Final of the FA Vase where they drew a record - breaking crowd of 1,307 but were narrowly beaten by Highworth Town. At the end of the season manager Paul Marshall left and former Harrogate Railway boss Billy Miller was unveiled as his replacement.

In 2015/2016 the Brewers lead the NCEL Premier for most of the season once again, but this time they held their nerve and finished Champions with a 2-1 home win over Armthorpe Welfare. They also made it to the League Cup Final but were beaten in a thrilling 3-2 game against Cleethorpes Town.

In 2016/2017 the Brewers started their first ever season in the Northern Premier First Division North. With a mix of old and new players Billy Miller was back in his old stomping ground and his experience and knowledge of this division was needed. The Brewers started the season well and were in the play-off spots, then injury problems hit the team and the season seemed to run away from them. They finished 19th in the league which spelt the end of the management team with Michael Morton and Simon Collins taking over.

2017/18 season saw the team quickly finding its feet as the fortunes took a turn for the better after the new year with Michael and Simon steering the club to its highest ever finish reaching the play-offs after a dramatic final day. This once again brought massive excitement amongst the club and town but unfortunately it ended in Semi-Final defeat 2-1 at Bamber Bridge despite taking the lead and putting in a valiant performance.

The 2018/19 season saw the Brewers move into the Northern Premier East Division after the league switched from a North/South divide to an East/West split. It was another positive one for the club finishing just outside the play-off places in seventh having been in the top six for most of the season. At the end of this campaign Manager Simon Collins decided to step down and several players moved onto new clubs.

2021/22 With the unexpected departures of Paul Quinn and Steve Waide, the opening matches were a great disappointment. However, the appointment of the experienced John Deacey as team Manager plus Andy Monkhouse as his Assistant, ensured that we were able to maintain our NPL status, in what proved to be a challenging season.

2022/23 John and Andy are continuing in their management roles and with the benefit of pre-season are hoping to put more of their own stamp on the squad which will hopefully result in a more stable campaign.