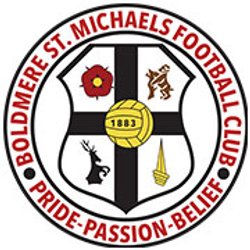 The club was established in 1883 as a youth football team attached to the local church and soon progressed from playing friendlies against other church sides to playing competitive league football. As the boys outgrew youth football, they organised an open-age team, which played in various local leagues. In the 1947/48 season they reached the semi-finals of the FA Amateur Cup, losing 2-0 to Barnet in front of 27,000 at Highbury. In 1949, the club joined the Birmingham & District League.

During the 1950s the club's fortunes declined somewhat, as they resolved to remain staunchly amateur at a time when their rivals were becoming semi-professional. In 1963 the club moved leagues to the Worcestershire Combination, later re-named the Midland Football Combination, where they were to remain for thirty years.

This level of success saw the Mikes become founder members of the Midland Alliance in 1994, where they played until 2013/14, generally finishing in the top half of the table.

In the final season of the Midland Football Alliance, 2013/14 the club achieved its best position of runners-up (under Stuart Grosvenor). The Mikes were the only club to play in all twenty seasons in the Midland Alliance, reaching the league cup final twice in that time losing on both occasions to Market Drayton Town and Stratford Town.

In 2014/15 they became founding members of Midland Football League Premier Division, scoring the first goal in the new competition in a 9-1 opening day win at Rocester.

The most exciting chapter in the club’s history took place in 2016 with a total stadium refurbishment and the installation of the latest artificial turf pitches, including two new floodlit courts for training and small-sided matches. Vice-Chairman Ralph Simmons was the driving force in this major change. The project was funded primarily by private investment with the intention of securing the clubs future by investing in junior teams from age seven upwards.

The Junior section was awarded the FA Charter Standard and made its first movement into Saturday Development football with two teams in the Midland Junior Premier League for 2017/18. The club has also been awarded Wildcats status as an FA affiliated centre for girls’ football.

2017-18 also saw the launch of two new senior teams. Our brand new Academy in partnership with BMet (SuttonCollege) saw our BTEC students entered in the National League Under 19 Youth Alliance, with the club also introducing an Under 21 team to bridge the gap to first team football, playing in the MFL Under 21 Division.

The Junior section now has eight teams competing in the Midland Junior Premier League and an Under 18 side play in the Midland Floodlit Youth League. In all the club has over fifty teams playing on Saturdays or Sundays.

The floodlights installed in 1990 have recently been upgraded due to the generosity of the Sutton Coldfield Town Council and a new dressing room block incorporating Hospitality and Boardroom facilities was brought into full use during the 2021/22 season.

The clubhouse was refurbished in 2019 with further in hand now the new dressing room block in use.

Managerial changes at the club are few current President Alan Parsons, a John Morris signing in 1987 held the hot seat for 16 years following Morris’ departure to Halesowen Town; Rob Mallaband, the current Chairman has had two spells split by Mick Bayley’s three-year reign whilst Stuart Grosvenor’s tenancy lasted six seasons. In early September 2019 the club Board decided a change of football manager was required and following great interest were delighted to appoint former player Neil Kitching along with his assistants Nick Amos and Ian Cooper to the hot seat.

Taking over with the club in the lower reaches of the table the management improved matters as the season progressed and were in a healthy position before COVID struck the country. Their efforts were finally rewarded in the 2021/22 season when a second placed finish saw them win a promotion/relegation play-off game at Chalfont St Peter 4-0. Now placed in The Northern Premier League Midlands Division for season 2022/23 the management team will be looking to continue their successful reign.