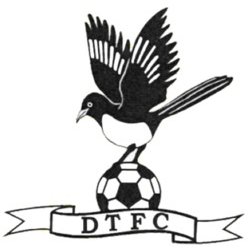 Dereham Town Football Club was founded in 1884, spending many of its early years in the local Norwich District and the Dereham & District Leagues. During these early years, the Club made its first appearance in the Norfolk Senior Cup Final, when they lost to C.E.Y.M.S., in 1891-92.

In 1993-94, the Senior Knockout Cup was won for the first time when Wymondham Town were comprehensively beaten 3-0 in the Final. December 1996 saw the Club move from its previous home on the Council owned Recreation Ground into the plush surrounding of the new site at Aldiss Park.

The Club's first full season at Aldiss Park (1997-98) saw the dream become reality when Eastern Counties League status was achieved with the club winning a first Anglian Combination Premier Division title. This was achieved by going undefeated for the first twenty-two League games and remaining undefeated all season away from Aldiss Park. Not content with just the League title, the club also won the Don Frost Memorial Cup.

Season 1999-2000 saw the First Team again finish seventh in Division One whilst the Reserves were crowned Champions of Anglian Combination Division Three. For the second year running the Club again won the Jewson Sportsmanship Trophy.

At the start of season 2000-2001, Norwich City Football Club visited Aldiss Park for a pre-season friendly and although the 'Magpies' lost 9-0, a new record attendance of 1,800 was established. That season saw the First Team secure promotion to the (then) Jewson Premier Division. For the third year in succession, the Club received the Jewson Sportsmanship Trophy, along with the hospitality award and match day programme award.

In early July 2001, Norwich City again graced Aldiss Park with their presence and for the second year in succession a new record attendance was set for Aldiss Park, this time over 3,000 witnessed a 3-0 win for the Canaries. Their first season in the Premier Division saw Dereham finish in a creditable 12th position.

Norwich City again graced Aldiss Park in July 2005 when almost 3,000 spectators saw the Canaries overcome the Magpies 6-0. In the League an inconsistent first-half of the 2005-06 season was followed by an excellent second-half which saw Dereham suffer only three defeats from mid-December, and which culminated in the winning of the Norfolk Senior Cup at Carrow Road, where Norwich United were defeated 1-0. Eventual twelfth place in the League equalled the Clubs highest ever finish in the top division.

Season 2006-07 was the most successful in the Clubs history to date. The Norfolk Senior Cup was retained with a 1-0 victory over eventual League Champions Wroxham, sixth spot in the League was our highest ever finish and our Under-18s claimed the Ridgeons Youth Cup with a 3-1 victory against Blackstones. The Club was also awarded the Ridgeons ‘Integrity in Football’ trophy.

In March 2008 former Magpies player, Matt Henman, replaced Rob Taylor as manager after captain Adam Gusterson had briefly held the reigns as caretaker manager. Fourth place in the League was achieved with victory over Mildenhall Town in the last match of last season. Season ’08-09 again saw a fourth place finish in the Ridgeons Premier Division, a run to the Fifth Round of the FA Vase and, as in the previous season, a disappointing defeat in the Semi-Final of the Norfolk Senior Cup. Our Reserves finished fifth in their first season in the Ridgeons Reserve section.

Season 2009-10 was a good one for the Club despite the First Team having, by their recent high standards, a mediocre campaign eventually finishing tenth in the Ridgeons Premier Division and, for the third consecutive season, falling at the Semi-Final stage of the Norfolk Senior Cup. However, our Reserves finished second on goal difference in the Reserve Division North, the A Team secured their highest League position for some years, finishing third, also winning the Dick Davey Ambulance Cup and the Fen Regis Invitation Shield. Dereham Towns Under-18s won the Ridgeons Youth League East Division, suffering only one defeat all season, and then triumphed in the Championship play-off defeating Huntingdon Town 2-1.

In season 2010-11 the Magpies were runners up in the Ridgeons Premier League and won the Norfolk Senior Cup at Carrow Road, defeating a strong Kings Lynn Town side. The Reserves and Youth teams continued to progress with the Youths winning the Ridgeons Youth Cup, and 5 of this team were in the Norfolk Under-18 side which won the FA County Youth Cup.

Season 2011-12 was relatively disappointing with the side finishing in mid table in the League; however, the younger sides continued to thrive and hopefully many of these players will be pushing for a first team place in the future.

Season 2012-13 saw the Magpies achieve their first promotion since 1997-98 when the Thurlow Nunn Eastern Counties League Premier Division title was won and, with the necessary ground improvements in place, promotion to the Ryman League was achieved. And with the FA relaxing the criteria for the admission of Reserve sides at step 6 Dereham Town Reserves were voted into the Thurlow Nunn First Division for season 2013-14.

With both First and Reserve teams playing at their highest ever level, the 2013-14 season was eagerly anticipated. The First team experienced three defeats in their first four League matches but soon got to grips with the more physical aspects of sSep 4, thereafter losing only 10 of the next 42 games, eventually finishing the season in 7th place after briefly sitting in a play-off spot. The Reserves, with a predominantly young, development squad, were never likely to challenge at the top of the table, but neither were they embarrassed by any opponent.

Season 2014-15 saw further consolidation in the Ryman League with a second successive 7th place finish in Division One North. A good run in the FA Cup came to an end at Conference North Boston United. For our Reserves the season was once more a struggle, but the squad produced some fine football without securing the results their play often warranted. Our Under-18s secured the Thurlow Nunn Youth League East Division title, by defeating perennial rivals Wroxham in the last match of the season.

Another strong season in Ryman One North saw the Magpies end the 201-/16 season in 9th place. Again, a play-off place was briefly in view but in the event we finished 12 points off 5th place. However, the season ended on a high when a 2-0 victory against Ryman League bound Norwich United, at Carrow Road in May, secured the Norfolk Senior Cup for the fourth time in 10 years.

Our Reserves once again found themselves pitted against more experienced and wily opponents but faced up to the challenge admirably. The Under-18s reached the Second Round of the FA Youth Cup, bowing out of the competition at Mansfield Town – losing 4-3 to an extra-time goal. On the way Peterborough United’s Under-18s were defeated 2-1 at Aldiss Park.

The 2016-17 season was ultimately a disappointing one as the Magpies ended the campaign in eighteenth place – the lowest finishing position since promotion to Step 4 in 2013-14. As the season ended long-serving Club manager Matt Henman stepped down in order to take on a new challenge in Dubai.

2017-18 briefly saw the team heading the Bostik Division One North, the Club’s highest ever position in the Non-League System. After subsequently flirting with a play-off place a poor run of results during March and April saw an eventual eighth-place finish.

In January 2019, following a run of poor results, manager Neal Simmons was replaced by former Magpies players Adam Gusterson and Olly Willis. The pair had jointly managed and taken Harleston Town from the Anglian Combination into step 6 football, winning both League and Cup on the way.

The 2018-19 season did end on a high with an extra time victory in the Norfolk Senior Cup Final at Carrow Road, making it a fifth County title for the club.

The 2019-20 season was one that will long be remembered for all the wrong seasons as it ultimately ended up null and void due to the Covid 19 outbreak. At the time of doing so, The Magpies were sitting in 8th place with 49pts from their 29 games - just 9 pts off the play offs. The stop start season did see us reach the final of the Norfolk Senior Cup only for the Final to never be played.

Sadly the 2020-21 season was one that never really got going. The season was ended once again due to Covid 19 after only 7 games having been played. In the restructured end of season Norfolk Senior Cup, The Magpies were knocked out in the Semi-Final by Gorleston.

The 2021-22 season was the first season to be fully completed in three seasons. The Magpies were pushing for a play-off place all season until they ran out of legs and fell away at the final hurdle, losing their last four league games to eventually finish in 10th place and 12 points off the play-offs.

For 2022-23 The Magpies find themselves transferred from the Isthmian League to fellow Trident League partner, the Northern Premier League.