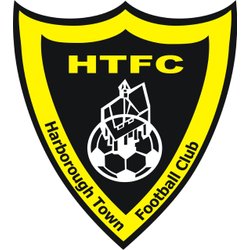 We are based in Market Harborough, where our impressive facilities cater for all of the club’s teams. The club became an FA Charter Standard Club in 2004 and through consistent development has achieved FA Charter Standard Community Club status which is the highest accolade currently available and recognizes best practice, on-going development and a positive impact within the local community. The club currently has teams that include Minis, Girls, Junior, Youth, Ladies, Inclusive, Senior, Veteran and Walking Football sides.

Harborough Town Juniors was formed in 1975, running teams from U11 to U16. After initially playing at Symington’s, they developed facilities on Northampton Road in the 1990s. However, there was a desire to have senior football for the youngsters to move on to, and consequently they formed links with Spencers United, and in 2007 they merged with Harborough Town Spencers, as they had become called. In the early 2000s Harborough Minis had been formed to cater for U11s, and in 2007 they also joined the merger to create Harborough Town FC.

After three seasons in the Northants Combination, managed by Andy ‘Stan’ Wilson, the club won promotion to the United Counties League. On 14 August 2010 Market Harborough witnessed the return of UCL football for the first time since Symington’s FC’s last game in 1954, and by 2012 ‘The Bees’, as they had become known, had won promotion to the UCL Premier Division.

In the early years of HTFC the Northampton Road ground had seen much improvement, with a new clubhouse, first team pitch, two stands and a 3G artificial pitch. The Bowden’s Park ground had become a fine ground, but in 2018 the installation of a Class 1 artificial pitch (3G), funded by Market Harborough District Council, a Stadium Improvement Grant and the Football Foundation, saw the creation of The Harborough Town Community Football Ground, but known as The Beehive. This was opened on 1 November 2018 with a game against an FA Representative XI.

The senior side made steady progress in the UCL and the two aborted Covid-19 seasons saw us have good starts, reflecting the clubs on field progress. In 2020 experienced UCL manager Mitch Austin joined the club and immediately changed the mindset to a much more professional one. After 10 years of steady progress at Step 5 HTFC’s ambitions win the FA Pyramid were met when we won the UCL Premier Division South in 2022, amassing an amazing 102 points. We also won the UCL Champions Cup and the Hinchingbrooke Cup.