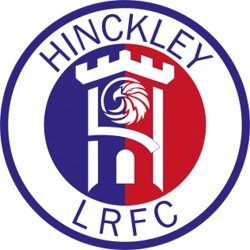 Leicester Road Football Club was formed immediately after Hinckley United Football Club went into liquidation in October 2013 to continue the development of the youth and junior players left without a club and was incorporated on 4th November 2013 by the four surviving directors.

The former Head of Football Development and all his staff transitioned over to Leicester Road along with the U21, U18, U16, U15 and U14 squads. This enabled all the squads to continue their football development seamlessly without any impact from the liquidation.

Then when it was announced that the NLS would continue with its restructuring plans, Leicester Road were invited to apply for upward movement and as a result were place at Step 5 in of the United Counties League Premier Division South for the 2021–2022 season. Prior to the start of the season the club changed its name to Hinckley LRFC.

Hinckley LRFC started their maiden UCL season in top form completing the first 21 league games without conceding a point finishing the season with 98 points from 38 games and were automatically promoted to Step 4 and allocated to the Northern Premier League Midlands Division.