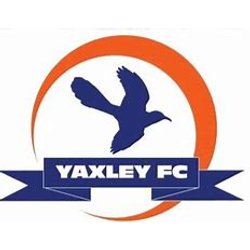 The club was formed in 1900 with the forerunner of today’s club, Yaxley Rovers, being members of the first Peterborough League campaign contested during the 1902-03 season. History up until the Second World War is not well documented and the first instance of a post-war championship came about in 1950-51 when the club won the Peterborough League Division Two. Relegation was just around the corner though, and it was back in Division Three by the end of the 1950s.

The Club has always played either in or on the fringes of the highest levels of local leagues which, over the years have been sponsored and known by many names such as Eastern Counties, Jewson, and Peterborough League. The Cuckoo’s finished as runners-up three seasons in a row, the last of these being enough to see the club promoted to the Premier Division of the Peterborough League. The club’s first taste of Premier Division football came at the start of the 1975-76 season and once again they finished runners-up. The following season they went one better and won the Premier Division title.

1993-94 saw the purchase of the new ground and the facilities to step up to the United Counties League and the 1994-95 season was at that time, probably the most successful in its history. This was the debut season of the ill-fated West Anglian League (amalgamation of the Hunts & East Northants Leagues) and the first team won promotion to the United Counties League after winning the championship. The Reserves also won Division One of the same competition thus emulating the feat of 1984-85. During the close season floodlights were erected and a stand was put up at the Leading Drove ground. The following season saw the Division One championship come to Leading Drove.

The 2002-03 season saw the Reserve and Youth teams win the lion’s share of league and cup silverware whilst Jim Watson took over the management of the First Team making a magnificent charge from the relegation zone of the United Counties League Premiership to finish seventh with 67 points – the club’s highest ever finishing position. The same season saw plans unveiled for new facilities that are part of a five-year objective to take the club into the Dr. Martens (or equivalent) league. Plans were also made to incorporate Yaxley Juniors and establish a new Ladies team to assist in creating a community orientated football club. The ’03-04, ‘04-05 and ‘05-06 seasons have undoubtedly been the clubs most successful ever with the First, Reserve, Youth, Ladies and Junior teams all bringing home trophies including at senior level, the prestigious Hinchingbrooke Cup and the UCL League Cup in May 2006. The club has maintained FA Charter Club status and was granted planning permission to redevelop the site, improving the facilities (e.g., new clubhouse and additional playing areas) to FA community standard. The project was severely delayed in 2005 resulting in significant commercial loses due to an access dispute halting the club’s entire development plan. The dispute was finally settled, and the project restarted in August ’06. Season 2008-09 saw the move to more temporary accommodation. The following three seasons proved to be some of the toughest in the club’s history as against the pundit’s opinions; Gary Clipston pulled survival from the jaws of relegation.

The 2012-13 season saw a total rebuild of the First team and players under the management of former Cuckoos player and Reserve Team manager Brett Whaley (assisted by Chris Lenton) and the reinstatement of the clubs Reserve Team acting as a bridge between our flourishing U18s and First Team. They finished mid-table and were joint winners (along with Royston Town) of The Hinchingbrooke Cup, the reserve team were runners up in the league and the league cup and the U18s were league champions and league cup winners (comprehensively beating AFC Rushden & Diamonds). All in all, not a bad season.

2013-14 saw the dismantling of the reserve side due to a lack of bodies to manage the team to an acceptable level and a brand new U18s team coming up from U16s football – a very tough season ahead. The First Team finished 6th in the league table—a highly commendable result but the FA and League Cup competitions were massively disappointing although we probably created a couple of new records in the process.

2014-15 saw the Cuckoos enjoy a very good season with an excellent FA Vase run and a 4th position in the league but one of the worst disciplinary records in the club’s history compounded by an embarrassing County Cup final display to round off a poor run-in to the end. The surprise of the season was the “shock” departure of Brett Whaley to Wisbech Town having only days before presented his plan and budget for the 2015-16 to the clubs committee which was approved.

2015-16 A new brush and a new era with new manager Ian Benjamin, an ex-professional with massive experience in semi-pro and non-league and a track record of promotion at Step 4 and 5. The biggest change for the club was the new 3G pitch that the club and the community have already benefited from enormously. The club would like to place on public record its deep and sincere appreciation to all those silent partners who have made our dream for growth and sustainability a reality. Ian Benjamin resigned at the beginning of April and the position was filled by the return from Wisbech Town of Brett Whaley.

2016-17 Brett Whaley showed his intent to take the Cuckoos to a higher level of football by strengthening the squad with some impressive experience whilst retaining the vast majority of last season’s players. 2015-16 was a disappointing one for the whole club but that was quickly forgotten. Brett brought back players and a great coaching team. In addition to an impressive 3rd place in the league we also won the UCL KO Cup beating Wisbech Town in a fiercely contested battle.

2017-18 saw our new Chairman Malcolm Clements officially set the clubs target for promotion and building on the success of last season, started what we all hoped was the next forward step for the Cuckoos. Our local attendances began to swell and also got behind our reformed Reserves. Assistant manager Andy Furnell took over the First Team management as Brett Whaley once again left the club. ‘Fern’s led the club again to the league cup final (runners up) but more importantly to the league title and PROMOTION to the Evo-Stik SOUTHERN LEAGUE.

2018-19 on the back of a tremendous season, the Cuckoos looked to sustain their rise to step 4 retaining the complete squad from the previous year whilst bolstering in a couple of areas. The Reserve was led by Lloyd Burton.

2018-20 At step 4 we entered the Southern League Midland Division and had two seasons, there although because of the covid outbreak the second season was not completed but at the time the club was just above mid-table.

2021-22 Another new chapter after the FA reshuffle the club was moved laterally to the Northern Premier League Midland Division.