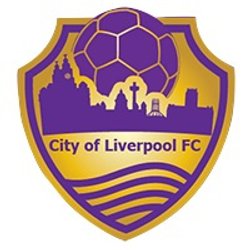 Our supporter owned club was legally formed in 2015 with a view to playing football in 2016.

Such was the uptake of club memberships by December 2015 (over 800 people had bought a membership) that we felt we had to apply to join Step 6 of the National League pyramid, as our membership size indicated that our crowds would be too large for park football.

We undertook market research amongst those members which indicated that our average crowds would be over 350.

We applied to join the NWCFL and had their backing to join the league, however there were seven applications to join and just six places available, so our application was far from cut and dried.

Representatives of the club attended an interview at Wembley Stadium in April 2016 before a final decision was made by the National Leagues committee that we would be placed in Step 7 in the Liverpool County Premier League.

All of the six places in the NWCFL had been filled by existing clubs, but two clubs had additionally been relegated; Rochdale Town due to ground grading issues and Northwich Manchester Villa who had ownership issues and had folded, so we were advised to Appeal, which we did.

At a further interview at Wembley in June, we argued our position for entry, which was granted to us later that same day.

We already had a manager in place (Simon Burton), the foundations of a playing squad and a groundshare agreement with Bootle FC, so we were ready to go.

Our first season playing football was a rollercoaster of big crowds, some behavioural issues, winning loads of games, great laughs and vying for the First Division title. We topped the table several times during the season vying with Charnock Richard, Widnes, Litherland REMYCA, Whitchurch Alsop, Sandbach United and Alsager for the title, promotion place and Play-off positions.

A monumental battle took place well into April and we led the Division going into the Easter fixtures, before a disastrous weekend saw us draw at relegation threatened St Helens and a home defeat to mid-table Cheadle Town.

A draw with Charnock Richard at home in front of a (still) record home league crowd of 747, saw us secure a play-off position and Charnock secure promotion.

Amidst all of the league action, we had quietly secured our place in the First Division Trophy Final, with a lopsided Semi-Final win against eventual league champions Widnes and in the League Challenge Trophy Final with a dramatic penalty shootout win at Chadderton in the Semi Finals, so we were heading for a dramatic season finale whatever happened.

Not only had we secured our target of gaining promotion, but we had won an unprecedented treble in front of record crowds in the process. The estimated average crowd of 350 (which had been laughed at by the FA at Wembley) turned out to be 596!!

Season two began with us winning the NWCFL Champions Cup with a penalty shootout win over Atherton Collieries (again with just 9 men on the pitch!) but was a learning curve in the NWCFL Premier Division, not helped by unbelievably bad weather that saw 18 matches postponed, however a 17-match unbeaten run to close out the season saw us finish in a very creditable fourth position.

Season 2018-19 was to prove to be another historic one for City of Liverpool FC.

We sadly parted company with manager Simon Burton in Pre-Season and player Craig Robinson had stepped up to take the reins.

A fantastic unbeaten run from the start of the season, saw us hit the top of the league in September and keep us there until April, at times being as far ahead as 18 points clear at one point, before a fantastic run of 19 winning games from landlords Bootle FC brought us to an Easter Monday derby, with the Purps ahead by 3 points.

A win for us and we would win the league. A twentieth win on the bounce for Bootle would put them top of the league on goal-difference, with just one game of the season remaining. A draw would see us needing just a draw in our final game.

A record crowd of over 1,300 saw Bootle win 1-0 and go into the final game of the season on top of the table for the first time all season and a home fixture against Northwich Victoria to come. COLFC staff, players and supporters were decimated after leading the league virtually all season and just one fixture left away at Irlam.

Simply we had to better Bootle’s result.

A big crowd of Purps braved atrocious weather in Manchester to see us take an early lead with a Tom Peterson strike and we were further buoyed when news came through from Bootle that Vics had taken the lead there, so at it stood the title was ours.

Half-time came and went and suddenly a shudder went down Purple spines as news filtered through that Bootle had equalised, with 30 minutes left to play. Knowing the nature of these end of season type games (and Bootle’s prolific winning run) most people probably expected Bootle to go on and score the one goal that they needed to secure the title, but it never came.

Instead, The Purps went on to score another goal to beat Irlam 2-0, before news quickly filtered through that the whistle had gone at Bootle and we had won the NWCFL title at only the second attempt, in our third season.

Celebrations started immediately and went on long into the night at the Slaughterhouse Pub.

We still had the Macron Cup Final to play for as well, having secured a Final place with a lop-sided victory over Avro at the Semi-Final stage.

The following Saturday saw us meet 1874 Northwich at Altrincham, but an historic ‘double’ was to be denied to us by an 88th minute winning goal. No-one seemed to mind too much and off we went to the Northern Premier League (NPL) as the joint most successful club in NWCFL history by trophies won (6).

A bit of a dour season ensued in the NPL Division One North/West as our NWCFL Premier Division title winners struggled to come to terms with the fitness, power and professionalism in the higher division. An administrative error saw us deducted 6 points and dropped us to 16th place from 13th, before COVID struck a week later and the season was declared Null and Void.

COVID created absolute chaos in non-league football and after a delayed start to Season 2020/21, the season was then curtailed after just 9 league games, but not before we had parted ways with manager Craig Robinson and brought in Michael Ellison.

Simultaneously, local rivals all seemed to be getting boosted by either the ongoing FA re-organisation or monumental cup wins. Bootle, 1874 Northwich and Rylands were all promoted in the reorganisation, Rylands had won the FA Vase the previous season and Marine had had a brilliant FA Cup run that took them to the Third Round proper and a home tie with Tottenham Hotspur.

We eventually secured a lease at Vauxhall Motors, but although this was a great facility it was too remote from the City and saw crowds drastically reduce in the season.

The season itself was plagued by injury and we did very well to finish ninth, although it could have been so much better with just a bit of luck in front of goal, the Play-offs could have been a target.

We now head into Season 2022-23 (our seventh overall, including two un-finished seasons) back at the Berry Street Garage Stadium, Bootle and with a very positive outlook for the season ahead.