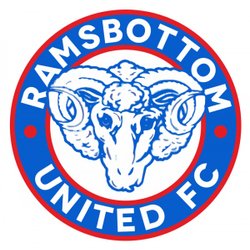 Ramsbottom United have announced the signing of striker Temiloluwa Ajibola.

Ramsbottom United have brought in five more players as their recruitment drive continues ahead of the new season.

Ramsbottom United have brought in young left-back Kain Dean ahead of the 2022/23 season.

Ramsbottom United was founded in 1966, the year that England won the World Cup and one of the founders, Harry Williams, is still, to this day, Chairman, over 50 years later!

Harry has overseen the club progress from a parks pitch on the outskirts to a well-appointed stadium in the centre of the east Lancashire town, adjacent to Ramsbottom Cricket Club, the East Lancashire Railway and the River Irwell, which attracted a record crowd of 2,104 against FC United of Manchester.

Early days were spent in local leagues, the Bury Amateur League, the Bolton Combination and the Manchester League before being accepted into the North West Counties League in 1995.

Having entered the FA Vase a couple of years earlier, the club’s first taste of FA Cup action took place in 1998, and they progressed to the Third Qualifying round before losing at home to Conference side Southport in front of a then-record 829 home gate (easily beating the previous figure of 464 for the local derby with Haslingden).

During the early 2000s, a number of managers came and went without success until the Chairman took the bold step of appointing joint-managers in players Bernard Morley and Anthony Johnson at the beginning of the 2009/10 campaign.

After a worrying 0-5 defeat in their first game, the new duo turned the team around, producing a style of attacking football that had crowds flocking back to the newly named Harry Williams Riverside Stadium.

Having finished runners-up the previous campaign, 2011/12 saw the club gain promotion to the Northern Premier League, as champions, after an exciting run-in with Runcorn Town.

The first season in the NPL saw the club agonisingly miss out on the play-offs on the last day, but more than made up for it during 2013/14.

Acquiring a place in the play-offs this time, a daunting trip up to a hostile Bishop Auckland ground to take on Darlington saw the Rams ease through before almost 2,000 spectators with a comfortable 2-0 win, followed three days later in the Final at Bamber Bridge, where over 1,200 fans saw the Rams earn their second promotion in three years courtesy of an extra-time winner.

However, despite being just outside the play-offs in the Premier Division the following year, Morley and Johnson were tempted away by the ambitious Salford City.

Although the club survived that season, 2015/16 was instantly forgettable as it saw the ground submerged under 5 feet of water from the adjacent river, followed by the first relegation in the Rams history.

A number of managers came and went in an attempt to regain their Premier Division status before Chris Willcock arrived in October 2018. His revamped squad began producing the same exciting football enjoyed under Morley and Johnson, and in his first season took the club into the last 16 of the FA Trophy, before losing in the play-offs to local neighbours Radcliffe Borough.

2019/20 saw the club on the verge of promotion before the Covid 19 pandemic brought an early “Null and Void” closure, with the club second in the league with games in hand over leaders Workington.

The 2020/21 season followed suit, although this time “curtailed” with The Rams in second place after just eight matches.

The frustrating thing being that out of the teams last 26 league games played, 20 had been won, 4 drawn and just 2 defeats, form that, at any other time, would most certainly have gained promotion if not a Championship.

Just days from the start of the 2021/22 season, manager Willcock was tempted away by rivals Workington, so the Rams immediately filled the vacancy by promoting assistant manager Lee Donafee into the hot seat, having been an integral part of the management team which had done so well for the Rams in recent seasons. The late appointment caused a number of problems resulting in a difficult season