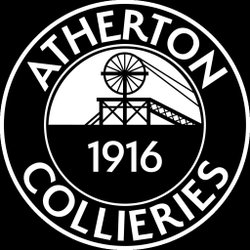 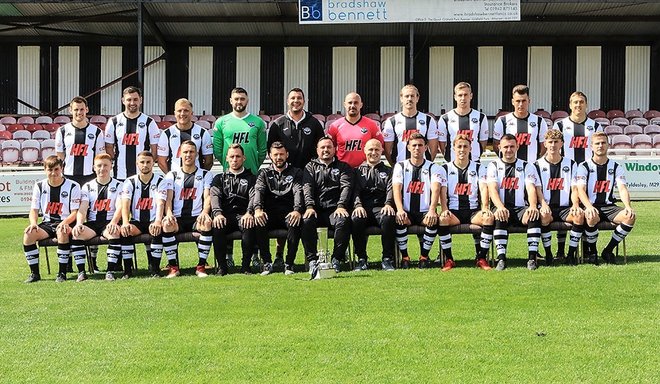 Atherton Collieries have announced that striker Louis Myers has returned to the club.

Atherton Collieries have announced the signings of Jack Banister and Ellis Roberts.

Atherton Collieries have confirmed two further signings and provided an update on their squad for 2020/21.

Atherton Collieries Football Club was formed in 1916, by miners from the six pits which were operative in the old urban district of the town. The club was created as a means of providing welfare for those at home during the war effort. When the pits were nationalised, the football club was gifted to the people of the town.

They have played at Alder House since their formation, making the ground one of the oldest in the division. You gain a sense of the history when you walk around the facility which keeps its identity and warmth despite being renovated gradually over the past few years.

Colls were founding members of the North West Counties Football League (NWCFL) in 1982 and remained there until 2017, when they earned promotion to the Northern Premier League (NPL) for the first time in the club’s history. There have been many memorable moments from the club’s time in the NWCFL, and the club are well known around the region as a result.

During the 2006/07 season, Collieries had a future international footballer in their ranks with a young Anthony Pilkington spearheading the Colls attack. Despite being the youngest member of the squad, Pilkington found himself grabbing all the headlines when they beat league leaders FC United of Manchester 3-0 at Gigg Lane. He grabbed himself a hat-trick during this match and soon found himself being transferred straight to the Football League with a move to Stockport County. From there he went on to move to Huddersfield Town and Norwich City in the Premier League before being called up to the Republic of Ireland’s international squad.

Prior to this, Collieries had been known in the local area to produce professional footballers. The famous 1923 FA Cup Final between Bolton Wanderers and West Ham United featured two former Colls players as Billy Butler and Bob Haworth helped the Wanderers bring the FA Cup back to Bolton for the first time in their history.

Links between Bolton Wanderers and Atherton Collieries continue to this very day with the two clubs playing each other in an annual pre-season friendly. Recent clashes have seen over 1,500 walk through the Alder Street turnstiles. Matches like this have helped propel Collieries into the limelight in recent seasons and fans of various professional football clubs now consider Colls to be their second club.

Michael Clegg was appointed first team manager in August 2014 and immediately began assembling a young and local side. The club went on to win the NWCFL Division One title and the Bolton Hospital Cup in his first season, as well as reaching the Final of the League Cup Final and the Division One Cup Final. Success did not stop there as in his second campaign the Colls went one better and won the League Cup, beating the league champions Colne 5-1 at Fleetwood Town’s Highbury Stadium, whilst finishing third in the club’s return to the North West Counties Premier Division.

The 2016/17 campaign was a momentous one for Atherton Collieries, as in their centenary year they clinched the NWCFL Premier Division title and reached the last 16 of the FA Vase backed by a large and ever-growing local fan base. This was made even more impressive when you consider it was only Colls second season since their return to the Division.

In 2017/18 Colls were playing in the NPL for the first ever time. After a sticky patch around the Xmas period the team regrouped and had a remarkable run in. They were placed tenth on the league ladder but it was in the Integro League Cup where they excelled. Victories over Skelmersdale United, Bamber Bridge, Scarborough Athletic and Hednesford Town set up a Final versus top-flight club Coalville Town. On an emotional evening in Alfreton the cup was deserved won by a 2-1 score-line.

2018/19 was the fifth campaign on the spin where a major trophy was lifted. The Northern Premier League West Division was won with an 82-point haul, seven points more than the second placed outfit. Amazingly it was a third promotion in five campaigns for Michael Clegg's team.

The truncated 2019/20 season was another interesting campaign. Clegg led his team to the last sixty-four of the FA Trophy following a standout 1-0 home victory over Boston United. Days later he had resigned to take up a new challenge at Ashton United. What a five years Michael had overseen. Chairman Paul Gregory acted quickly, and bona fide club legend Brad Cooke was appointed as replacement. Eventual National League Champions Barrow were fortunate to leave Atherton still in the Trophy, but they eventually prevailed in the replay on Holker Street. The league form was up and down but the squad had started to gel when the COVID virus curtailed proceedings.

The coal miners who founded this club 104 years ago would be proud of how much the Colls have achieved in recent times. Who knows how further Collieries can go, with the support of the local community?