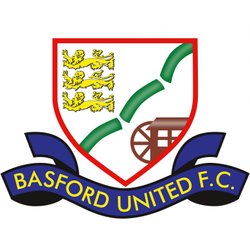 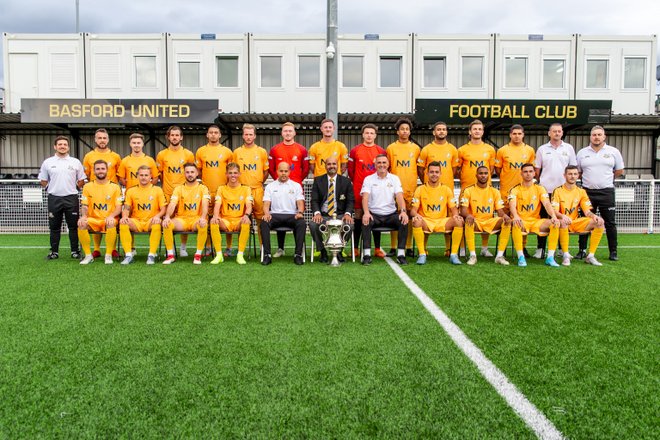 Basford United Under-18s finally get their date with destiny as they host West Bromwich Albion in their highly anticipated FA Youth Cup third round tie on Wednesday night (19:00).

Basford United’s youngsters will still get their chance to take on their counterparts from Premier League side West Bromwich Albion.

Note: Basford is pronounced as Baseford, the “e” disappeared from the spelling sometime around the fifteenth century!

Basford United FC have been on a meteoric growth achieving 5 promotions in the last 8 years and will this season 2020-21 play again at Step 3. Promoted to the Northern Premier League, Premier Division for the season 2018-19 the team adapted well to the new challenge and finished a very respectable 6th place in our debut season at this level.

Basford United FC are collectively working towards the objectives of Step 1 National League Football by 2022-23 and Football League by 2025-26 and are backed by our ambitious Chairman.

Expanding on our recent history which has been staggering;

In 2017-18 Basford were promoted following an emphatic Northern Premier League Division One South campaign, winning the championship, recording a century of points gained and goals scored.

One of Nottingham’s oldest established football clubs, with a history stretching back to 1900, Basford have had a very established existence. Our current Chairman Chris Munroe joined the club in 2007 as manager and oversaw the 1st team for 3 years until handing over the reigns to Darren Saunders, with Chris Munroe taking over as Chairman.

For the 2010-11 season the club achieved promotion from the Notts Senior League entering the National League System by joining the Step 7 Central Midlands League South Division.

The stay in the Central Midlands League was short as tin 2011-12 Basford United won the League and Floodlit Cup in their first season to earn promotion to the Step 6 East Midlands Counties League for 2012-13. Basford stormed through the EMCL, winning the league at their first attempt with a record points total and becoming the first club to do the league and cup double.

Whilst in the EMCL, Basford also entered the FA Vase for the first time, reaching the Second Round where they went down 5-3 away to AFC Rushden & Diamonds in front of a near 600 crowd.

Success in the EMCL saw the club promoted to Step 5 for 2013-14. Basford debut at Step 5 of the NLS was in the Northern Counties East League Premier Division. A creditable fifth place finish in a season that also saw Basford’s return to the FA Cup after a long absence under the guidance of Martin Carruthers who was appointed manager during this campaign.

Basford were then laterally moved sideways into the newly formed Midland Football League Premier Division for 2014-15, a move the club took in its stride winning the league at the 1st time of asking. Earning promotion into Step 4 into the Northern Premier League South for season 2015-16, which was the sixth successive season that the club have played in a new league, surely some sort of record.

Basford proved more than equal to the challenge by finishing their first NPL season in fourth place, losing to eventual promotion winners Coalville Town in the play-offs. Some consolation was gained by winning the Notts FA Senior Cup for the second successive season. 2016-17 Basford finished 6th missing out on the playoffs by 1 point, this then led to promotion in 2017-18 as mentioned above.

Under the watch and investment of Chairman Chris Munroe the clubs home facility, that prior to 2011 was an open field, now represents a state of the Art Football Facility fit offering prospects for further expansion with over £3.0M worth of investment over this period.

The major investment over this period occurred during 2016 with a £750k investment backed by a £500k Football Foundation Stadia Improvement Grant. This comprised a complete redesign of the existing football stadia and a state of art 4G Artificial surface replacing the previous sloping grass pitch. Alongside this investment came an irrigation water extraction system allowing a pitch sprinkler system to be installed as part of the 3G installation.