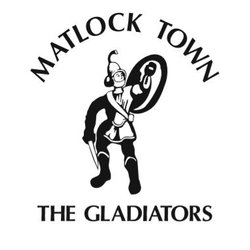 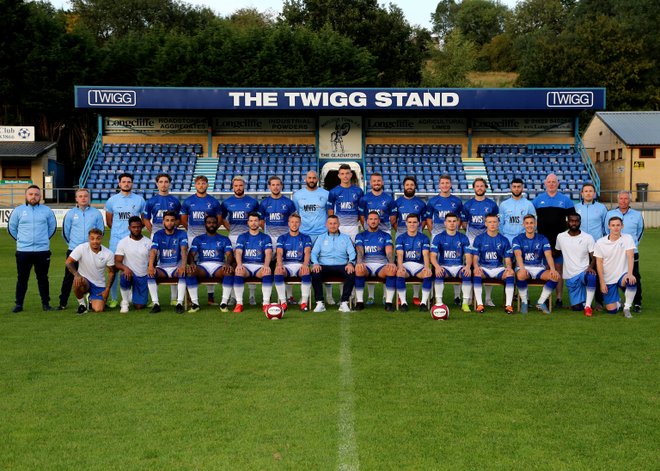 Paul Phillips praised the rest of the Matlock Town management team who he says are a strong pillar of support and people he could not do without, writes Ian Richardson.

Matlock Town boss Paul Phillips was delighted with the news that Danny Greenfield secured a trial with Sunderland in their U23 draw with Wolves this week.

Matlock Town have confirmed that club captain and forward Liam Hughes has joined Kettering Town on loan until February.

Matlock Town sprung to prominence as one of the leading non-league clubs in the country.

They joined the Northern Premier League (NPL) in 1969/70 and their early years in the competition saw them struggle towards the bottom of the league.

Prior to life in the NPL they had won the Central Alliance Division North Championship in 1959/60 and 1960/61, which saw them enter the Midland Counties League which they won in their debut season. Additionally in 1959/60 they reached the FA Cup First Round for the first time, losing 1-0 at home to Crook Town after a replay.

When they won the Midland Counties League for the second time in 1968/69, they were invited to join the NPL and they have now been members of the league for fifty-one seasons.

Matlock won the FA Trophy at Wembley in April 1975, beating Scarborough 4-0, then a record winning margin for the final and the only time when three brothers have played for the same club in a Wembley final as Tom, Mick and Nick Fenoughty played leading roles.

Peter Swan had taken over as manager at the start of the season bringing about a fantastic attacking style to Matlock’s play. Success had come earlier in the 1974/75 campaign as Matlock progressed to the First Round of the FA Cup, losing 4-1 at home to eventual Third Division Champions Blackburn Rovers in front of over 5,000 spectators. Two days after their Wembley win, they captured the Derbyshire Senior Cup for the first time with a 6-1 home win against Glossop and an aggregate margin of 9-3.

Tom Fenoughty replaced Swan as manager at the start of the 1976/77 season which saw Matlock reach the FA Cup Third Round for the one and only time to date. In Round Two Matlock beat eventual Third Division champions Mansfield Town 5-2 on their own ground, the Stags only home defeat of the campaign. Carlisle beat them in the next round and drew Liverpool away in Round Four! The NPL title narrowly eluded them as the finished in third spot behind champions Boston United and Northwich Victoria but silverware came their way with an aggregate win over New Mills in the Derbyshire Senior Cup Final.

In 1977/78 Matlock won the NPL League Cup by beating Boston United 3-0 in the final at Maine Road, Manchester to enable them to qualify for the Anglo-Italian tournament in 1979. They finished as English runners-up to Sutton United following 2-1 defeats to both Chieti and Pisa in Italy but beating Junior Casale and Cremonese 2-0 at home.

Matlock’s best league campaign to date was in 1983/84 when they finished runners-up to Barrow. Their last FA Cup First Round appearance was in 1989/90 when they were beaten 4-1 at Scunthorpe United.

They lost their Premier Division status at the end of the 1995/96 campaign and did not return to the top-flight until they finished second to Hyde United in the NPL First Division in 2003/04. In the following season they won the NPL League Cup after beating Whitby Town in a two-legged final.

Since then Matlock’s league form has been patchy with a number of bottom half finishes, their best being a fifth place finish in 2006/07 when they lost in the Play-off semi-final after extra time at Witton Albion. Witton proved to be an unlucky ground for them in that season as Fleetwood Town beat them 1-0 to lift the NPL League Cup.

Their most recent honours have been in the Derbyshire Senior Cup which they won in 2014/15 and 2016/17, on both occasions beating Gresley in the final at Chesterfield 7-0 and 5-0 respectively. They have been giant killers in the FA Trophy though, beating Mansfield Town in 2012/13, FC Halifax and Solihull Moors in 2016/17 and Chorley in 2019/20.

They have one of the most picturesque grounds in the country and with a new stand and Social Club up and running since 2011, there are some top class facilities on the ground.

Finally, why are Matlock nicknamed the Gladiators? A lot of people ask the question. It’s because one time PA announcer Jim Whitworth played the ‘Entry of the Gladiators’ music as Matlock ran out on to the pitch, and it stayed, hence Matlock being known throughout the country as The Gladiators.